West Virginia: Madeline Gourevitch abandoned her cats to slowly starve to death. For this horrific crime, she gets probation.

WEST VIRGINIA -- A Charleston woman who police say had several dead cats around her apartment — including one in the refrigerator and another in the freezer — pleaded guilty Monday to a misdemeanor animal cruelty charge. 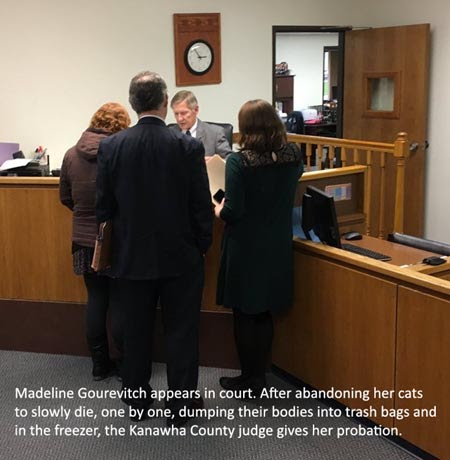 Following her plea, Madeline Gourevitch, 31, was sentenced to two years of unsupervised probation. 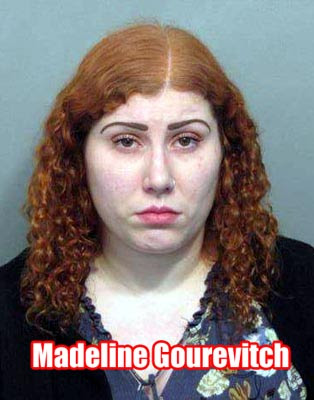 Gourevitch was arrested March 27 after Charleston police determined the cats found in the apartment likely had died of starvation.

Members of the Kanawha-Charleston Humane Association assisted police in their investigation.

The landlord at Gourevitch’s Wyoming Street apartment went to the property on March 9 to address a broken window, but found a dead cat near the front door. 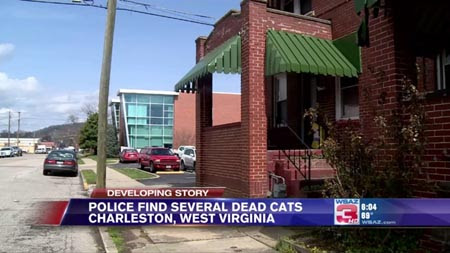 A quick inspection of the dimly-lit apartment revealed cat feces and an odd smell in the kitchen, the complaint states.

Upon opening the refrigerator, the landlord reportedly noticed a paw sticking out of a black trash bag. Another bag sat in the freezer.

An examination of the cats determined they died of starvation.

As part of the deal Gourevitch made with prosecutors she agreed not to own or reside with any animals for five years. She also must provide proof to the court that she will attend psychiatric counseling, court documents show. The complaint said on March 9 a landlord went to check on one of his rental properties on Wyoming Street because the front door had been shattered. He said he noticed a smell was coming from the kitchen.

When he opened the refrigerator, he saw what appeared to be a cat’s paw sticking out of a trash bag. He opened the freezer and there was another trash bag. 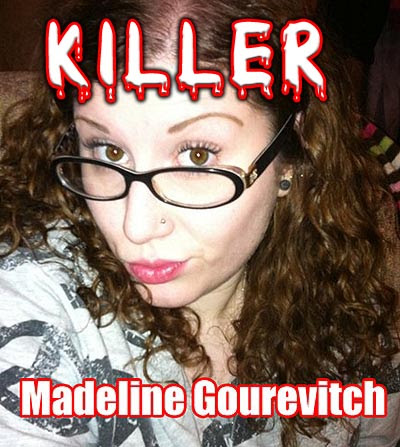 Police responded and returned the next day with humane officials and removed the dead cat at the entrance of the apartment and the cats that were discovered in the refrigerator, the complaint said.

The apartment was in bad shape - with cat feces and clothes scattered everywhere - and it appeared the apartment had not been occupied for a long time, police said.