A doctor told Michael Geier, 35, his injury was within just a centimetre of being potentially life-threatening after he was attacked on Forestry Rd on Friday.

Mr Geier said he was walking his pet dogs Turbo and Ramy about 11.30am when he saw two bull arab cross dogs jump over a fence.

He said 17-month-old Ramy started running and the dogs “went straight for her, like wolves”. 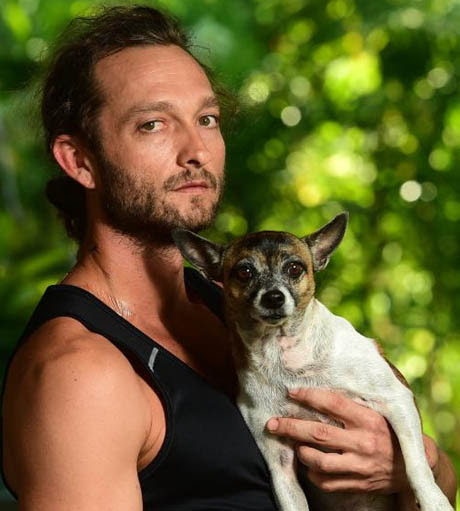 “I’ve run straight for Ramy. I got about five or 10m to her and that’s when the first one latched her straight on the throat,” he said. “By the time I got to her the other one had her (body).”

Mr Geier said he hit the attacking dogs, trying to get them to release Ramy.

He eventually got Ramy back in his arms but one of the bull arabs jumped and bit him on the neck while he was crouching down. “I remember hitting it. I tried to grab it. Then I’ve gotten up and there’s just blood streaming down my neck,” he said.

Mr Geier was left with stitches, scratches and bruises over his body. But his mother Johanna Fiener said if the bite had been 1cm over, the injury would have been life-threatening.

“I believe my son was really lucky, he got a hole in his neck and the doctor said if it was any closer he could have bled to death,” she said. 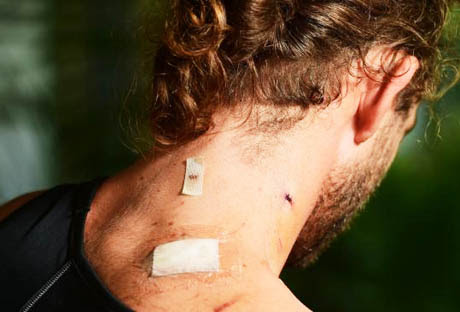 “This was a particularly savage attack that has caused serious injury and distress to the victim, and the council will be responding in the strongest possible way,” Cr Greaney said.

“For a person to be attacked while just out walking their dog in a public area is totally unacceptable.

“The impounded dogs will be kept locked up at the pound pending the outcome of council’s inquiries.”

The council’s investigating officers have visited Mr Geier and begun taking statements. The owner of the impounded dogs has made contact with the council and is co-operating with the investigation.

The family is distraught following Ramy’s death and Mr Geier is left shaken.

“It’s not like just a dog for us, it’s our family member. Ramy was a dog who just made everyone happy,” Ms Fiener said.

“She was a happy dog, she brought a smile on anyone’s face. We’re devastated.”