Canada: 'If I don't get there, that girl maybe die,' said Yun Qi, who bravely jumped in to rescue little girl being attacked by a Rottweiler

CANADA -- Sitting in this living room with his hand, arm and leg wrapped in bandages, Yun Qi says it was the right thing to do to help a young girl who was attacked in his Surrey neighborhood by a dog on Saturday.

Qi, along with his father, wife and two children were on their way out for dinner when they saw two girls and the dog. 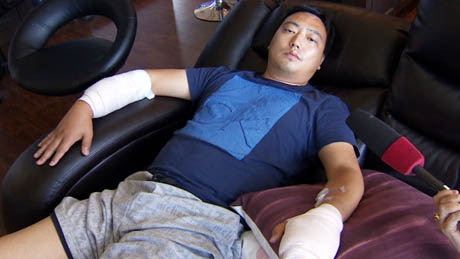 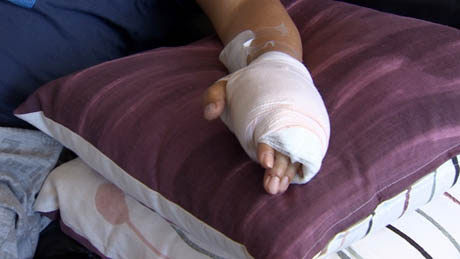 "So I get out of the car to get close to dog and when I arrive the dog look at me, it's very [lucky] because the dog drop the girl."

'There's no time to think'

Qi says the dog then attacked him, but his father came to his aide by picking up a bicycle that was on the ground and swinging it, using it to protect himself from the dog. 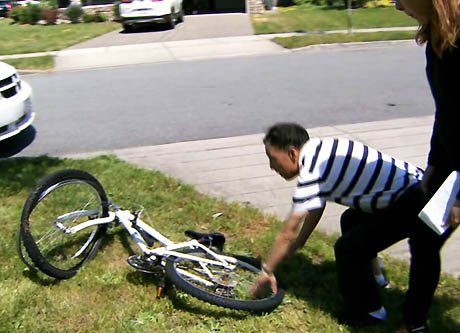 Yun Qi's father demonstrates how he used the girl's
bicycle as a shield to fend off the dog. (CTV)

He said as his father struggled with the dog, its owner came on the scene, got the dog and took it away. Qi's father was unharmed.

On Sunday, police said the dog was put down with the owner's consent, while Qi says he's unsure how the dog got loose and came to be in the alley.

"Beware of dog" signs were posted all around the yard where it lived.

According to a family member of the owner, the dog was a young Rottweiler that was never allowed out. But somehow, on Saturday, it escaped.

"It's a tall fence. We don't understand how he jumped out," Maninder Khatkar, the owner's uncle, said. 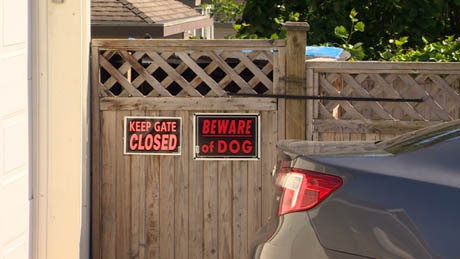 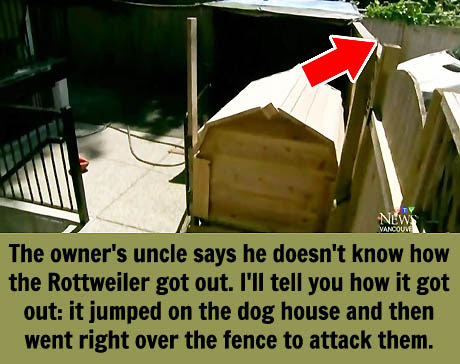 Officers said the girl was treated in hospital for bite injuries, while Qi is worried about his left hand as he has no feeling in the middle finger. He will see a specialist on Monday to further assess his injuries.

He says he doesn't consider himself a hero for stepping in to help the girl. 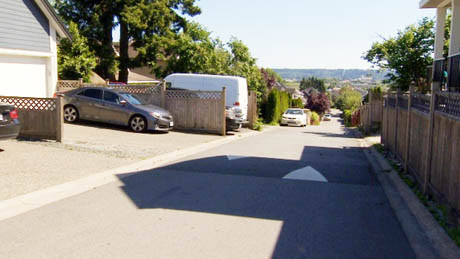 The girl, who was four years old, sustained serious injuries and remains in hospital. She was walking with her siblings to go to a store when the attack happened.

According to people living nearby, she and her family are Palestinian refugees who moved here in November. 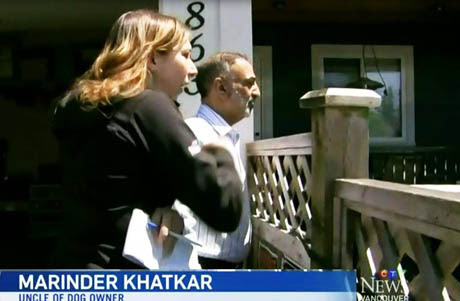 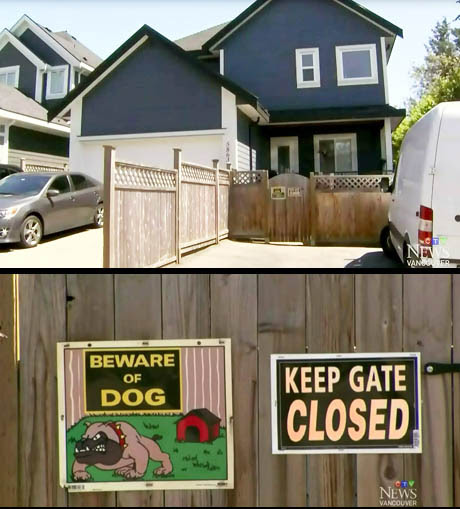