Canada: The Winnipeg Humane Society says they won't adopt out "human aggressive" dogs, but have no problem adopting out vicious, animal aggressive dogs. Thanks to them, Mitch Funk was just mauled by one of their dogs.

CANADA -- A Winnipeg man who was attacked by a neighbor's dog wants to know why the Humane Society would allow an animal with aggression issues to be adopted to a novice dog owner. 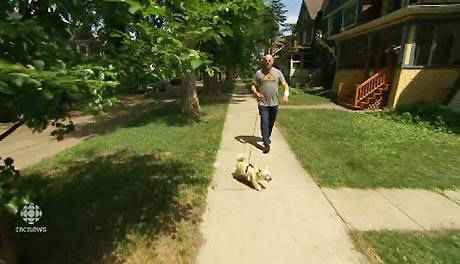 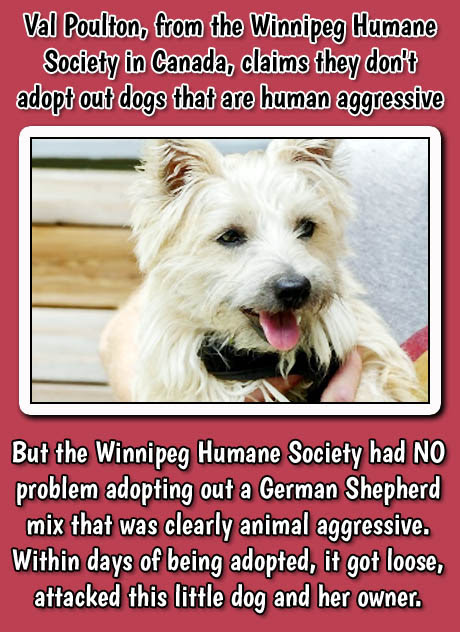 Mitch Funk said he was walking his terrier, Annie, through Wolseley last Wednesday evening when he noticed a dog coming straight for his.

"The dog came like a predator — a savannah predator, with his ears down, and came in low to try and kill my little dog. So I grabbed the harness, thank God, and brought it up. And coming up, [the attacking dog] mangled my arm," said Funk.

He received about 20 stitches for the bite on his forearm. A week later, Funk said it's still painful. 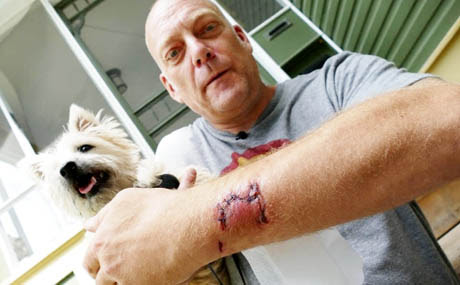 "Feels like being crushed with burning razor blades," said Funk. "My dog was fine. That's my main concern. My dog is my child. I would do exactly the same thing again."

Funk said the dog that attacked him was a German shepherd mix that had recently been adopted by a neighbor, who didn't appear to be in control of the animal whenever Funk saw them on the street.

"When I saw this dog I was like, 'Yeah, this dog is gonna hurt somebody.' You just know, you know. And it just happened to be me. 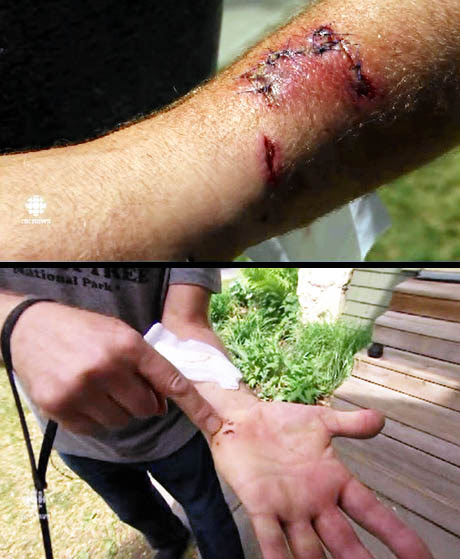 "Anytime it saw a dog it was like … not just anxious. It was — it had a homicidal look. There's menace and there's bluster with dogs. I'm no expert but a lot of people can recognize that. Even the other small dogs were, like, mewling every time they saw this dog," said Funk.

The dog is now in the care of Winnipeg's animal services, who are investigating the incident.

Still, Funk wants to know how the Winnipeg Humane Society allowed it to be adopted out in the first place.

"Sometimes you have to assess these dogs and go, 'Oh, this one's feral, it'll never fit in.' Anyhow, they either knew and didn't care or they didn't know and that's bad too," said Funk. 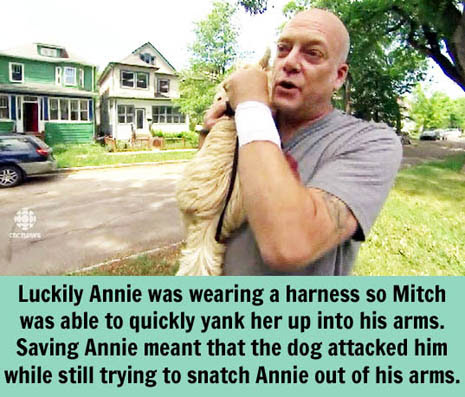 'We do our very best' claims Val Poulton

Val Poulton, director of behavior and intake at the Winnipeg Humane Society, said the dog, named Abel, had been in the shelter for less than a month before being adopted out about a week ago.

"For what information that we had about Abel it sounded like it was a good fit. But somehow things went terribly wrong, I'm afraid, for somebody," said Poulton​.

She said while the dog was in the Humane Society's care he was very friendly toward people, but wasn't "comfortable" around dogs.

"He was just a lovely dog when he was here," said Poulton. "Volunteers had him out three times a day for walks. He interacted with staff, with customers. Never, never a problem toward people." 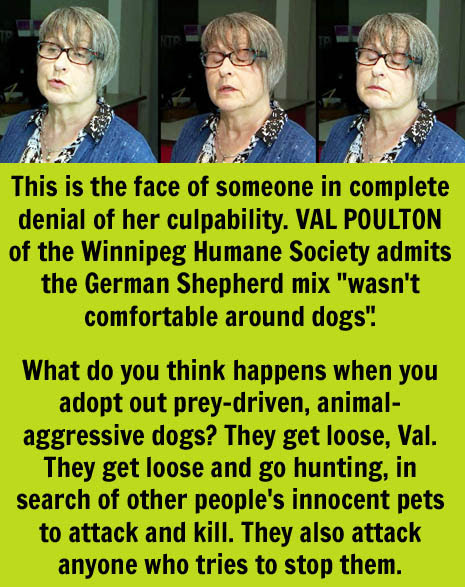 Poulton said dogs who show aggression toward people would not be placed for adoption until behavioral staff have worked with them to address their issues.

Oh, OK. But if they want to kill every animal they see, that's OK. Most of these animal-aggressive dogs do not kill animals in the same household. They get loose, chase, maul, attack and kill neighbors' pets.

Why aren't they using "behavioral staff" to work with these animal-aggressive dogs and "address their issues" before releasing them out into society to attack and kill OUR pets??

There is no excuse for them to adopt out these dogs when there are puppies and perfectly friendly dogs that get euthanized every single day.

"We do our very best to place very good dogs in very good homes. We take our job very seriously. We love animals, we care about people in the community as well, and we know that people that adopt our animals need us there for support," Poulton said.