TEXAS -- A 4-year-old girl was attacked by the family dog while playing with her siblings.

The family of the young girl took her to Farmersville Fire Station around 2:30 p.m. Sunday.

The girl was screaming in pain, with puncture wounds to rib cage and back. 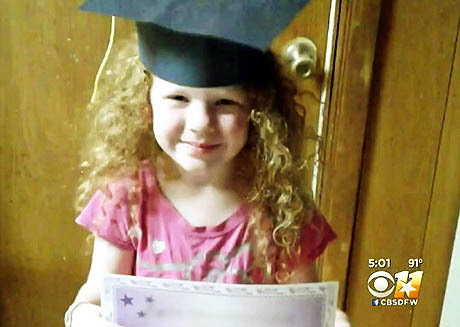 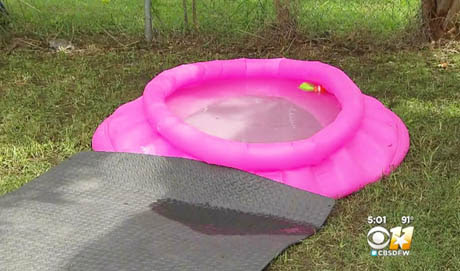 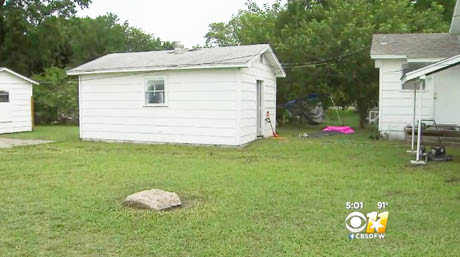 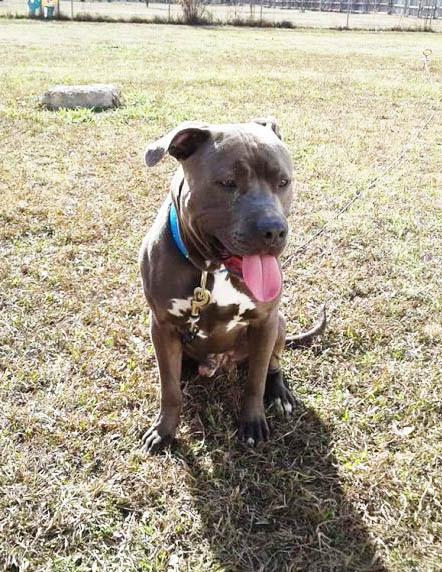 She had been wrestling with her siblings in the family’s backyard pool at the 300 block of Windom.

When she got out of the pool, she was attacked by the family's Pit Bull.

Another family member was also bitten on the hand while trying to separate the dog from the child.

Because of the girl’s age and the severity of her wounds, she was taken to Children’s Hospital via helicopter.

The dog, which has been identified as a Pit Bull breed, has been quarantined by the police department for safety purposes. 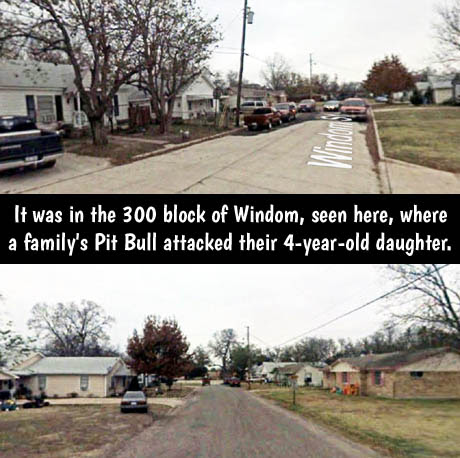 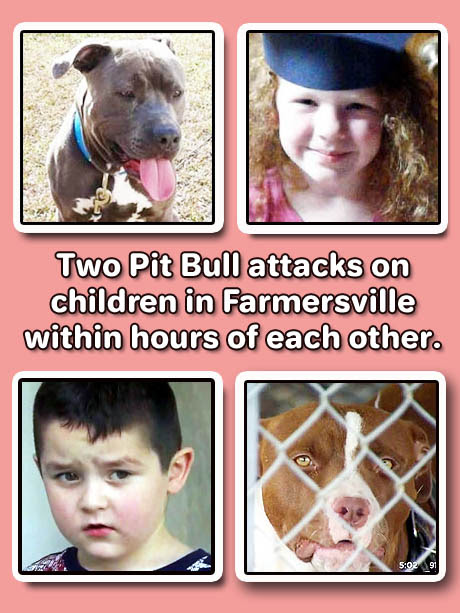 SECOND PIT BULL ATTACK ON CHILD LESS THAN A MILE AWAY

Less than a mile away, a 5-year-old boy was attacked about 6 p.m. by a neighbor's pit bull in the 400 block of South Rike Street. The boy was riding his bike in the neighbor's yard, which was not separated by a fence, police said. 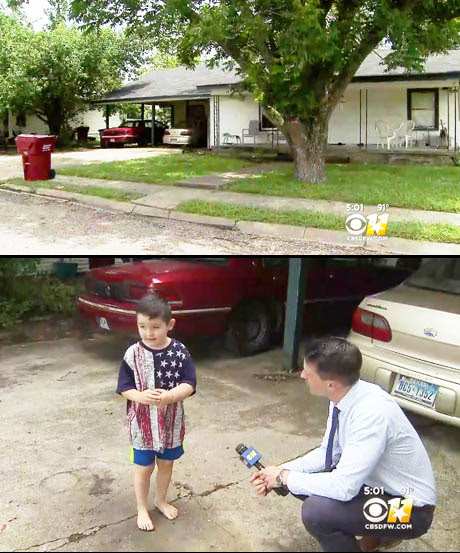 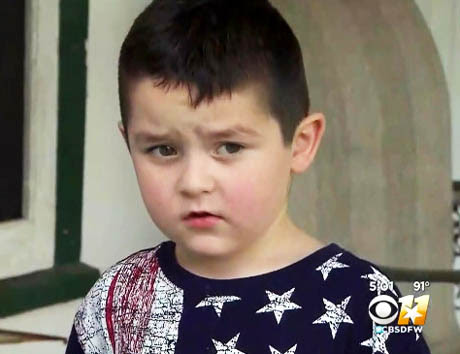 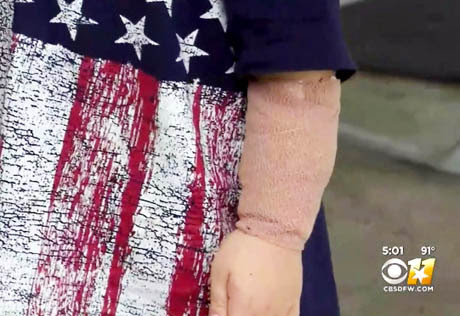 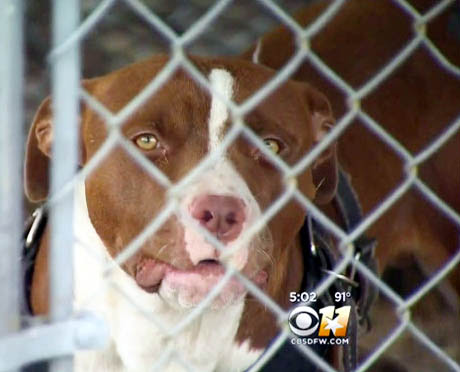 The dog became agitated, broke its leash and bit the child on the left arm. The child was transported to a McKinney hospital. His condition was not known.

The dog's owners showed current shot records and volunteered to have the dog placed temporarily at the Farmersville shelter until other arrangements can be made. 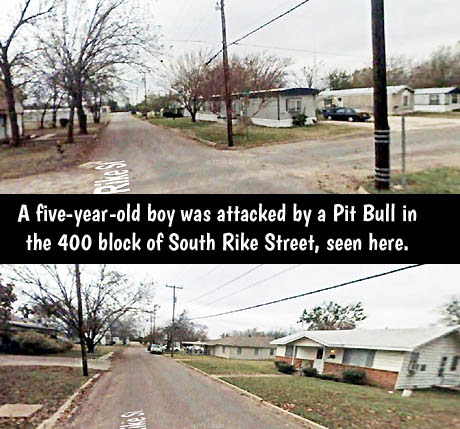