Delaware: Man attacked by dog first said to have had his legs torn off. Now they're saying it's not that bad, but they haven't provided any more details.

DELAWARE -- [UPDATE] New Castle County Paramedics (NCCP) have just informed First State Update, at 8:24 p.m. Sunday evening, that the injuries suffered by the trauma victim are not as severe as the initial radio traffic indicated.

NCCP Spokesman, Senior Corporal David McKinney said that his department would not be releasing any information regarding the incident other than the updated injury report. McKinney directed us to New Castle County Police for further details. 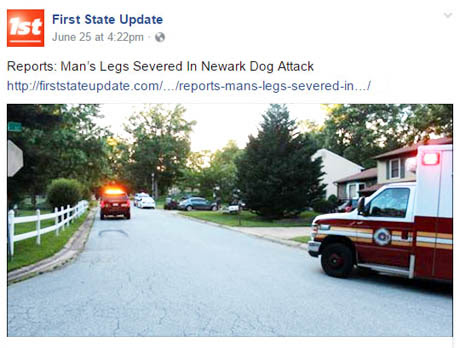 A spokeswoman for Animal Welfare, Andrea Wojcik, released a short statement “We can confirm that Office of Animal Welfare Delaware Animal Services officers responded to a report of a dog bite incident in Newark on Saturday evening.  There was no severing of any limbs involved.” 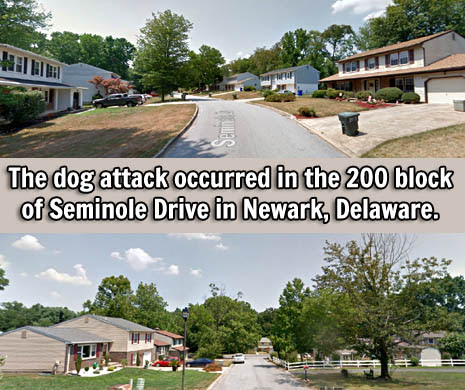 Newark – (Woods Development) Yesterday just after 7:20 p.m. New Castle County Paramedics, along with ambulance crews from Christiana Fire Company responded to the 200 Block of Seminole Drive for a report of a dog attack.

Reports from the scene indicated that a caller told dispatchers that the dog had severed both of his legs.

The caller also informed dispatch that two other people at the home were injured as well, according to the reports.

Crews arriving on scene directed ambulance personal to bring the stretchers to the back of the residence. One patient was reportedly transported to the hospital with unspecified injuries the other two decline to be transported.  A man who appeared to be the home owner was seen talking to New Castle County Paramedics and ambulance crews but no police officers were on scene at the time.

A male in his 20’s, who appeared to be injured was being helped by a woman to a nearby car. It’s unclear if he was one of the patients injured by the dog. 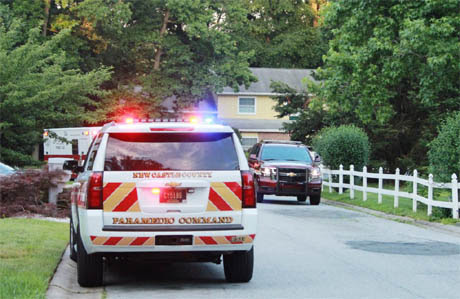 Christiana Fire Company Fire Company posted a statement on their Facebook page a few minutes ago regarding the call:

On June 24th Ambulance A12,B12,B6,A23,Medic 2A, Paramedic supervisor, Ladder 12 and Deputy Chief 12 responded to the “Woods” development for multiple injuries from a dog bite. Units arrived to find three injuries. One person was transported to Christiana trauma center. Two others refused transport by EMS.

Reports of severed limbs was the information that was passed along to rescue crews as they responded to the scene. We are working to confirm that the patient’s legs were severed during the incident. We are also awaiting comment from NCC Paramedics, Police Officials and Delaware Animal Control.