Florida: Kevin Braganca, 18, is accused of beating his Pit Bull puppy to death

FLORIDA --  A teen from Boca Raton allegedly used Snapchat filters to take photos of a pit bull puppy he's accused of killing, according to a report from Animal Care and Control.

Kevin Candido Braganca, 18, is facing a charge of cruelty to animals.

The investigation began in April when lawn maintenance workers called 911 to say they had seen a man beating a tiny puppy named Tank. The puppy was crying, yelping and appeared to be hurt, the witnesses said. 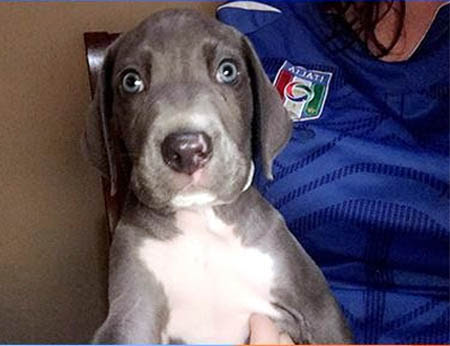 According to the arrest report, the man beating the puppy dragged it inside a house where the puppy could still be heard yelping and crying.

Authorities said Braganca and his girlfriend brought the lifeless puppy, which was foaming at the mouth, to the Animal Hospital of Boca Raton.

An employee at the animal hospital stated that Braganca was acting strangely and began using SnapChat filters to take pictures of Tank’s dead body.

The on-call veterinarian performed a necropsy and found signs of abuse, according to the arrest report. The veterinarian said the puppy died from blunt force trauma - specifically liver trauma, likely from being punched and kicked repeatedly. Because his liver was lacerated, the puppy bled to death internally. The puppy also had broken teeth, again, likely coming from being kicked in the face repeatedly by Kevin Braganca.

Suspect Kevin Braganca admitted to police that he spanks his dogs and advised that he usually hits the dog on its rear end because "that area is harder and tougher." However, he claimed he "didn't know why" the puppy had died.

Braganca was booked June 11 at the Palm Beach County Jail on a $5,000 bond. The most recent records show that he has bonded out currently free. 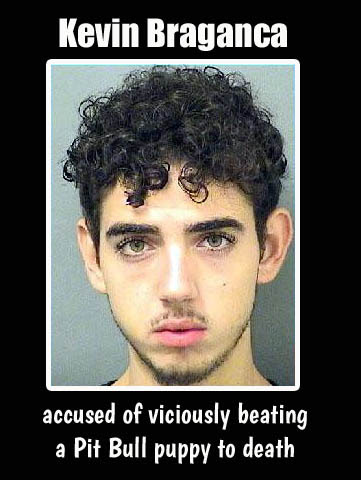