NORTH CAROLINA -- An animal control officer in Cumberland County was treated at a hospital after a dog attack on Saturday afternoon, officials said.

The incident happened around 3:30 p.m. at 7211 Beta Street in Fayetteville, according to a news release from Cumberland County officials.

The breed of the dog involved was a Cane Corso, also known as an Italian Mastiff, that was tethered at the time. 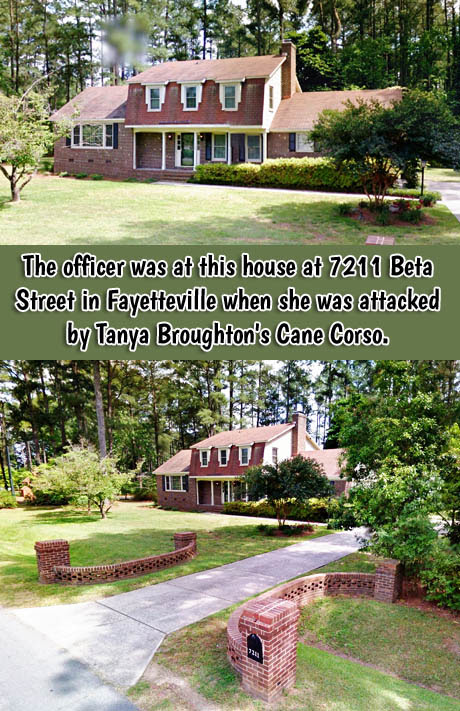 After responding to a complaint that the very large dog was tied outside without access to shade/shelter or possibly tied outside and barking non-stop...

The officer, Victoria Herring, was helping the pet’s owner with “untangling the tether from some objects so the dog could move to the inside of the home,” officials said.

However, the dog - once untangled - showed its appreciation by attacking Officer Herring, biting her on the leg and lower body several times, according to authorities.

Herring was taken to Cape Fear Valley Medical Center where she was treated and released.

The owner of the dog, Tanya Broughton, surrendered the animal to officers. The dog was euthanized and will be tested for rabies, according to officials.

No charges have been filed in the case, but the investigation is continuing, officials said.