Iowa: Sarah McMenamin decided she didn't want to pay for surgery or having her dog euthanized, so police say she butchered the dog to death herself by trying to perform surgery on it with a paring knife and a set of tongs

IOWA -- An Iowa woman was charged with animal neglect after attempting to perform surgery on her dog with a pair of tongs and a kitchen knife, resulting in the dog's death, police have said.

Sarah Diane McMenamin, 26, has been charged with animal neglect causing serious injury or death, according to WTAE. 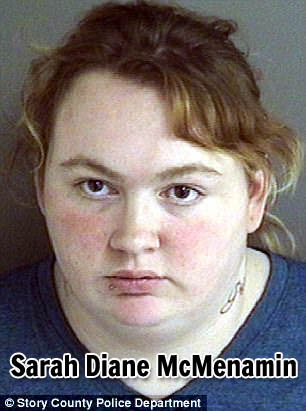 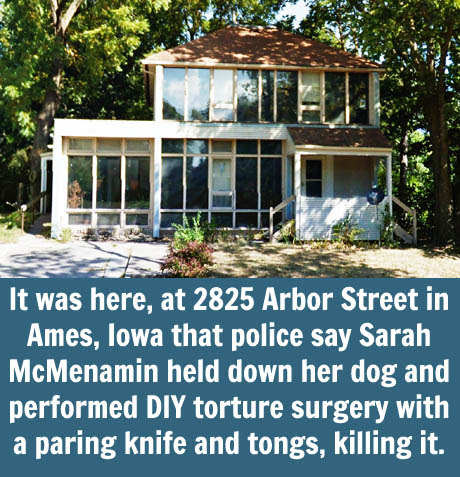 Ames Police Officer Geoff Huff said McMenamin took her dog to Iowa State University VetMed after the animal fell ill, and the veterinary staff told her the dog had an obstruction and needed surgery.

Without the surgery, the veterinarians said the dog might need to be euthanized.

McMenamin arranged it have the dog put down at a different vet clinic on June 1, according to police, but didn't take the dog to the appointment.

When she didn't show up, veterinary staff were worried she wasn't getting the dog the help it needed and called on police to perform a welfare check.

Police went to her home at 2825 Arbor Street, where McMenamin told them she tried to perform the surgery herself using a paring knife and tongs, WTAE reported. 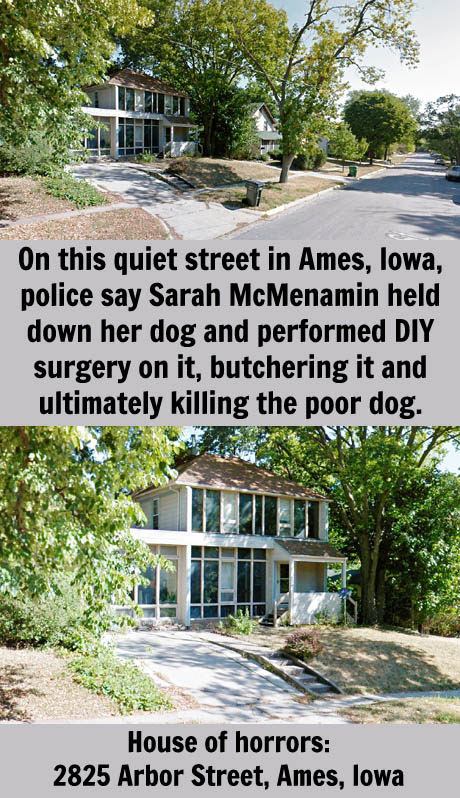 She told police she did not think the dog had an obstruction, and instead thought it might have consumed rat poison.

She also claimed she attempted the surgery because she couldn't afford the vet's prices - and clearly didn't want to pay to have the dog euthanized, which was cheaper.

Hoff said McMenamin told police she grew up on a farm castrating pigs, and because of this, claimed she thought she would be able to perform the operation.

McMenamin performed the surgery on the dog in the living room of her home, and police have accused her of causing the dog 'unjustified pain, distress or suffering' that resulted in the dog's death.

She was booked into Story County Jail before being let out on bond, and will appear in court Monday, according to the Ames Tribune. 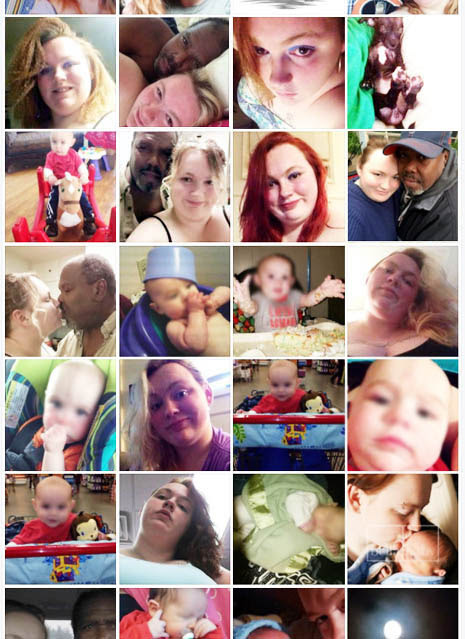 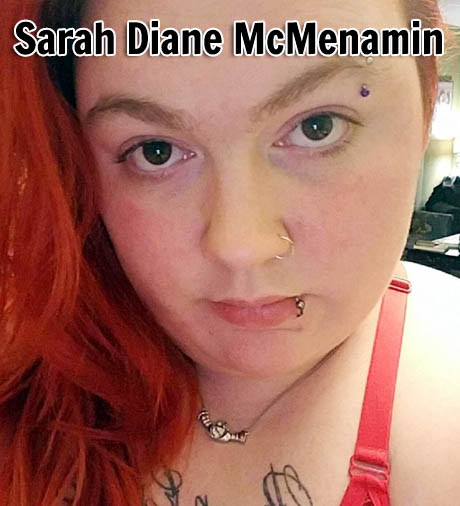