Texas: Owners of dog found with injured mouth tightly wrapped with electrical tape claim they know nothing about it

TEXAS -- The owners of Justice, a dog found on June 9 with her snout taped shut, have been found, the Montgomery County Sheriff's Office said.

Officials began searching for the owners after Justice, a mixed-breed hound, was found with several layers of electrical tape wrapped around her nose and upper jaw near Old Texaco Camp Road. 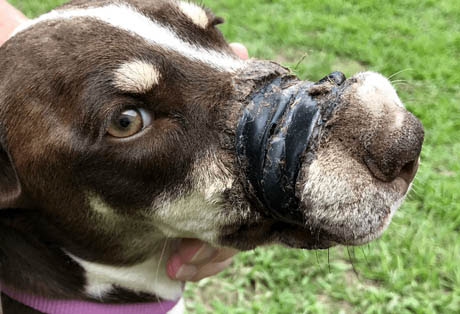 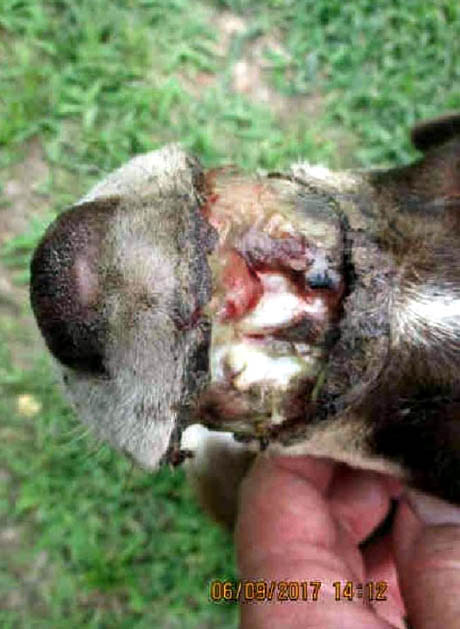 Investigators said the tape had been there for a long time and that Justice had severe injuries as a result.

Deputies said after interviewing Justice's owners they concluded that there is no indication either of them harmed the dog in any way, but that it is possible someone took the dog from the residence and released her in the condition in which she was found on June 9.

The Sheriff's Office said Justice is still being provided with medical care as it continues searching for the person responsible for her injuries. 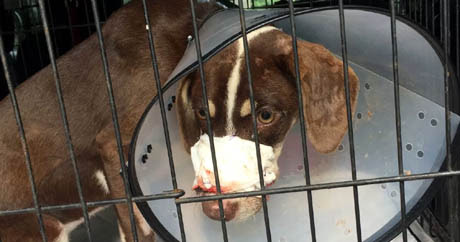 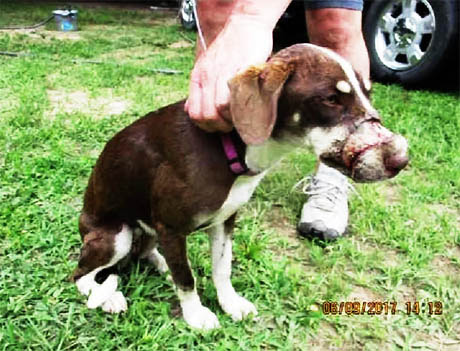