Kentucky: Realtor/Minister Philip Bradshaw, 54, describes himself as "a simple country man with Christian values and an ole fashion work ethic". Police have arrested him after he left his elderly mother, his aunt and their dog to live in 'deplorable' conditions

KENTUCKY -- After being charged on allegations of neglecting his elderly mother and her twin sister, a Hodgenville man now has been charged with animal cruelty.

Philip B. Bradshaw, 54, of Hodgenville was arrested June 7 for two counts of knowingly abuse/neglect of an adult by person. A warrant later was served for second-degree animal cruelty. 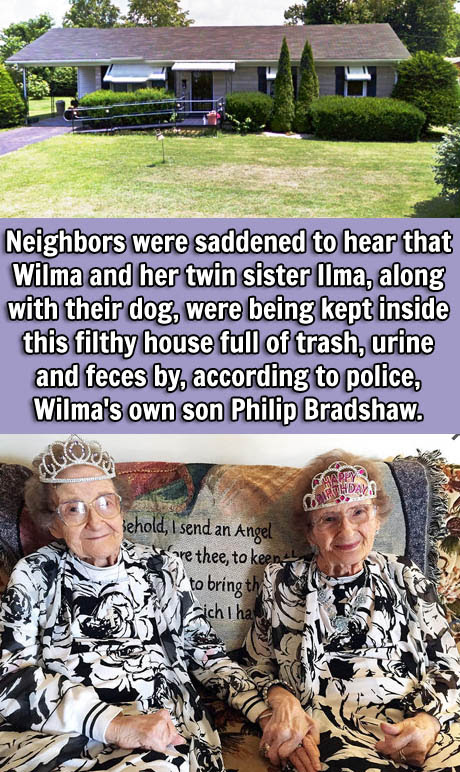 According to the warrant, Hodgenville Police Sgt. James Richardson said he was advised of an animal being mistreated while he was conducting the investigation of neglect of two people in the care of Bradshaw at a home on Williams Avenue in Hodgenville. Richardson said multiple witnesses said the dog also was being neglected.

Upon further investigation, Richardson said the dog had been confined to a small room in which it had defecated and urinated in the floor. He also noted no food was available and the water was murky and appeared old.

The dog was removed by a court order and placed in the care of a third party family member who has taken the dog to a veterinarian in Elizabethtown for treatment on several occasions.

According to the dog’s caretaker, it had to be washed twice and given a treatment to remove the overwhelming odor in its fur. The cost of the care reportedly exceeded $375.

Bradshaw initially was arrested for neglecting two 92-year-old women in his care, his mother, Wilma Bradshaw, and her twin sister, Ilma Whitaker. 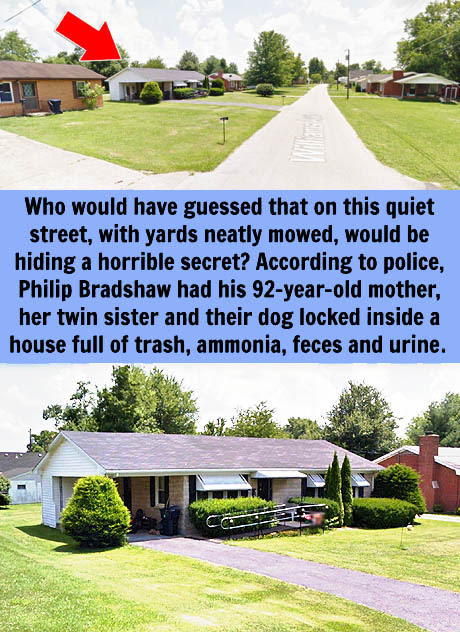 According to the ar­rest citation, the inves­tigation revealed the wo­men have “chronic medical and mental health issues” and were unable to fix their own meals or bathe themselves.

"The floor in front of one victim's lift chair was stained black," the officer continued. "Trash was strewn throughout the house."

The women also appeared malnourished and had lost significant weight, an official said. The arrest citation also stated witnesses reportedly said the victims were unable to open the food provided to them and that they were attempting to use a knife to cut open the packaging.

The victims were removed at the court’s order. Richardson said they were transported to Hardin Memorial Hospital in Elizabethtown where they were medically evaluated and then transported to an assisted living facility.

Neighbors say they never would have guessed something like that was happening behind closed doors.

"It really took me by shock," Suzanna Nall said. "Me, myself as being an elderly person I wouldn't want that to happen to me or anybody in my family." 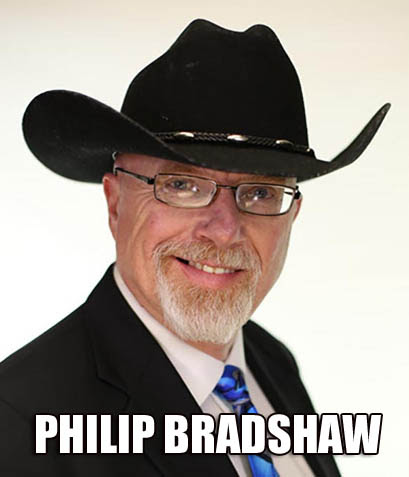 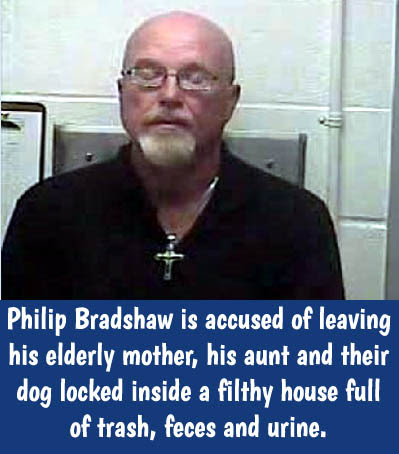 Phil Bradshaw told police he is the primary caregiver to the women and he had problems with the previous caregiver when she reportedly was attempting to “take more money than she was entitled to.”

Bradshaw has pleaded not guilty and is represented by Hodgenville attorney Ron Mather.

Knowingly abuse/neglect of an adult by a person is a Class C felony punishable by five to 10 years in prison, if convicted.

Since the time of his arrest, Bradshaw has been lodged in the LaRue Coun­ty Detention Cen­ter in lieu of a $200,000 bond.

In a recent court appearance, Mather motoined to reduce Bradshaw’s bond, making it unsecured because he was assessed as low risk and working as a real estate agent. Assistant La­Rue County Attorney Lori Kincaid objected to the motion.

“I have seen pictures of these ladies and the condition they were in,” Kindcaid said. “If he treated his own mom this way, then I think he is a danger to the community.”

The motion was denied. Bradshaw remains lodged in the LaRue Coun­ty Detention Center. 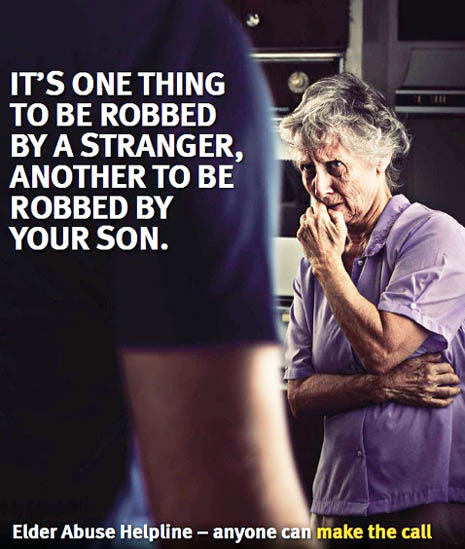 WHO IS PHILIP BRADSHAW?

Philip Bradshaw
As a part of Semonin Realtors®, a Berkshire Hathaway affiliate, I am supported by a company that understands the customer’s needs in a dynamic and rapidly changing real estate environment.

About Me
Philip Bradshaw, REALTOR®

I am a simple country man with Christian values and an ole fashion work ethic. I attribute my sound work ethic to an early start as a teenager working on the farm in hay and tobacco and cutting grass for my neighbors.  I used the money I earned to buy my first car.  I also began honing my people skills as the president of my senior class.

After high school, I attended Georgetown College and graduated with a bachelor’s degree in psychology in preparation for my future as a minister.  In 1989 I graduated with a Master’s of Divinity degree from the Southern Baptist Theological Seminary in Louisville Kentucky, after which I pastored for 15 years.  I extended my ministry to working as a full time Evangelist throughout the United States including mission trips in areas of Africa, Russia and Haiti.  I have been in the people business my whole life and pride myself in treating everyone the same. Therefore, after retiring from the ministry, it made perfect sense to pursue a career in real estate where I am helping to make peoples dreams come true. 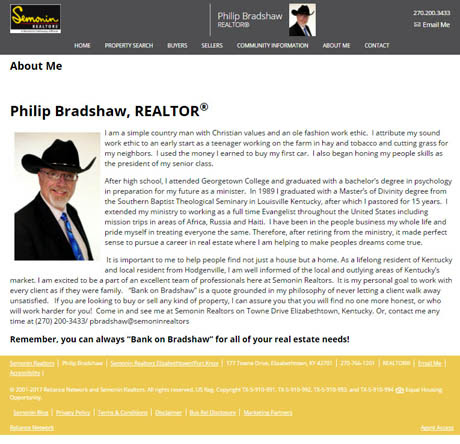 It is important to me to help people find not just a house but a home. As a lifelong resident of Kentucky and local resident from Hodgenville, I am well informed of the local and outlying areas of Kentucky’s market. I am excited to be a part of an excellent team of professionals here at Semonin Realtors.  It is my personal goal to work with every client as if they were family.   “Bank on Bradshaw” is a quote grounded in my philosophy of never letting a client walk away unsatisfied.   If you are looking to buy or sell any kind of property, I can assure you that you will find no one more honest, or who will work harder for you!  Come in and see me at Semonin Realtors on Towne Drive Elizabethtown, Kentucky. Or, contact me any time at (270) 200-3433/ pbradshaw@semoninrealtors

Considering that the chances of being identical twins are three in a thousand, the fact that identical twins Wilma Bradshaw and Ilma Whittaker will celebrate their 90th birthdays March 1 is even more astounding

“We were born on our grandparents’ (Kenneth and Genora Miller’s) farm March 1, 1925,” said Wilma. “Dr. (Leigh) Maupin came out in a horse and buggy to deliver us and stayed all day.”

Parents Harry and Alpha Gardner celebrated having the family’s first set of twins on that cold winter Sunday.

Ilma was the older sister – by one hour. The two, who had been together for the past nine months, would find themselves side by side for most of their growing up years. 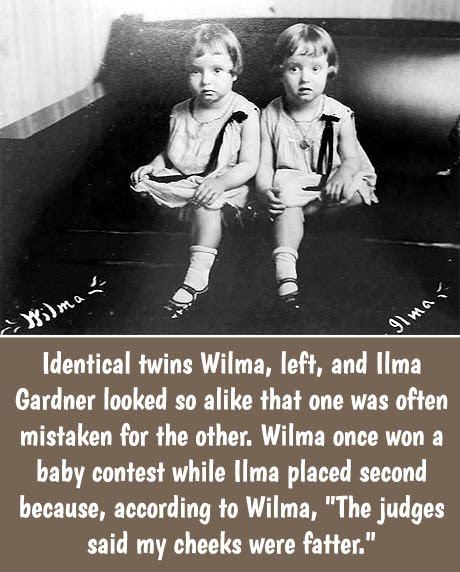 “Mother dressed us in identical clothes and even combed our hair exactly alike; nobody could tell us apart,” said Ilma, who in January came to live with her sister on Williams Avenue in Hodgenville.

The close resemblance they shared, including being the same height and body build, made for some mistaken identities. Through classes at Keith School near Tanner, Buffalo Elementary and Magnolia elementary and high school from which they graduated in 1942, no teacher was ever able to tell them apart.

“Even our voices sounded alike,” said Wilma. “We stuck together throughout school and Ilma, as my ‘big sister,’ worried about me and was protective of me.”

One night on a date to a movie and restaurant, the two switched places, causing their dates to believe they were with the other sister.

“We would have gotten by with it the entire time except that a girlfriend of ours who could tell us apart happened to enter the restaurant and called us by name,” said Wilma. “Our dates didn’t appreciate the joke we played on them.”

While they were at a pie supper at Keith School, their two beaus, thinking they were bidding on the pie their respective girlfriend baked, mistakenly bid on the other girl’s dessert.

They often found themselves with similar thoughts and impulses.

“During a Mother’s Day service at Oak Hill, when the pastor gave the invitation, we both went up and were saved at the same time,” said Wilma. “We hadn’t even talked about doing that before the service.”

The two 11-year-old girls were also baptized together in Tucker’s Creek.

“We looked at each other while standing in the water, and both of us held onto the preacher’s arm as he put us under at the same time,” Ilma recalled.

Their first separation for any length of time was after high school when both found jobs in Elizabethtown.  Wilma worked at the Taylor Hotel where she met her future husband of 54 years, Ned Bradshaw, who died in 2012.

Ilma was employed at a drugstore where she also met the man, Gerald Whittaker, whom she would marry. The couple made their home in Tennessee. Gerald died in 2009.

Though separated by more than 130 miles, the two sisters kept in touch through the years. 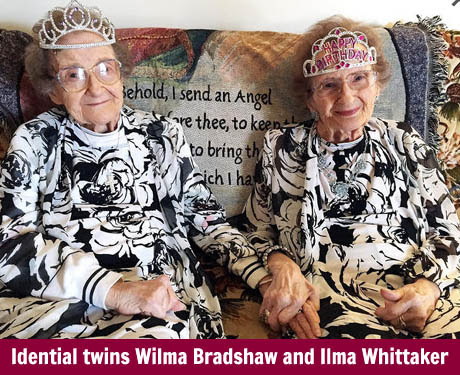 “We called each other often,” said Ilma.

“We’d also get together at Elizabethtown for our birthdays,” added Wilma. “They even put up on a marquis, ‘Happy Birthday, Wilma and Ilma’ at a place where we ate.”

The two shared their experience of an identical twin’s feeling the other’s pain.

“I had typhoid fever one time and was down for six weeks,” Ilma said. “Wilma didn’t get sick, but she said she felt the burden of it.”

The two also related how, on occasion, when one of them described a dream she had, the other one could recall dreaming the exact thing.

Both played piano at their respective Tennessee and Kentucky churches. Both have been active members of their congregations, serving as vacation Bible school and Sunday school teachers.

Both sisters say they enjoy the companionship they have regained with each other, and both keep a positive outlook on life despite being homebound.

“I’m not going to grieve over what I can’t do, but the Lord will make it plain to me what I can do,” said Wilma. 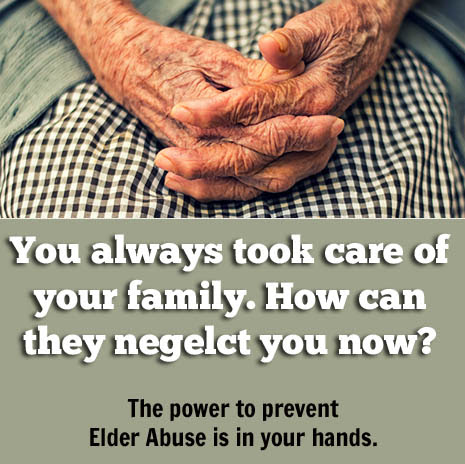 
Philip Bradshaw is a hot topic on Topix

CONCERNED IN KENTUCKY - Nov 10, 2014
Wow ...gotta tell the women of this area about the bottom feeder that uses women and goes to the next unsuspecting woman. He uses God to get to them . tells them his hard luck story, like he is the victim. and lives off them till they wise up. BEWARE!!!!

frustrated for a friend - Nov 17, 2014
my my my guess he flew under the radar for a long time. glad everyone knows now. i sat back and watched my friend believe his crap. she is such a good person and works hard for what she has. yet , he took and took. Till she couldn't give anymore. Then he booked out on her to find a new victim. Glad he has been exposed

LarueGirl- Jan 21, 2015
Don't let the big cross around Philip Bradshaw's neck fool you. He is a sick man and will do or say anything to get what he needs or wants.

LarueGirl - Feb 18, 2015
Cute article in Herald News today about the 90 year old twins. Please......Phillip Bradshaw a care giver?? He's not taking care of them, they are taking care of him.

Just sayin - Aug 16, 2016
Phillip Bradshaw is the scum of the earth. He's a married man, he plays church and wrangles women til they ain't got nothing left. He needs somebody to teach him a lesson 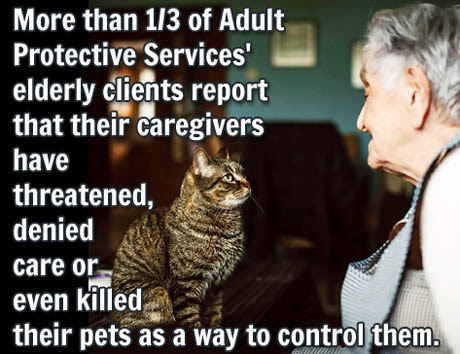