Massachusetts: John Leger, awaiting trial for beating puppy is back behind bars

MASSACHUSETTS -- A Peabody man awaiting trial for “severe physical abuse of a puppy” is back behind bars after being hit with new larceny and gun charges, officials said Monday.

He was ordered held without bail and will return to court for a dangerousness hearing Thursday. 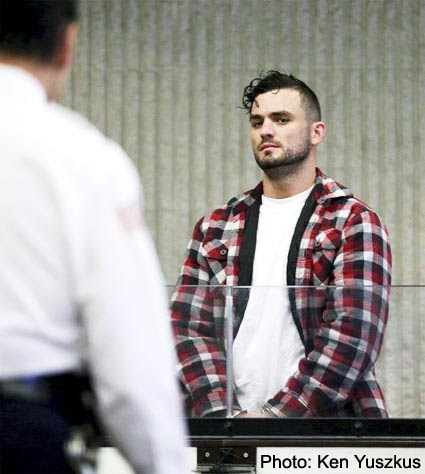 According to Blodgett’s office, State Police nabbed Leger on Friday on warrants alleging that he charged HVAC equipment from FW Webb Plumbing Supply to an account he was not authorized to use.

Leger’s legal troubles began over the winter, when he was indicted on three counts of animal cruelty and witness intimidation.

“The indictments stem from Leger’s severe physical abuse of a puppy, and threats made to a witness,” Blodgett’s office said in a statement. The puppy, named Bryson, was transferred to the Animal Rescue League of Boston.

The woman said she was on her porch when she heard a man yelling and the sound of whimpering. She then saw the man punch the dog, and watched as the dog scrambled underneath the truck. 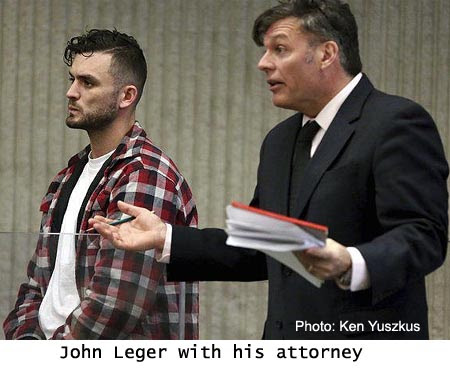 The bearded man, later identified as Leger, dragged the dog out by its collar and punched it several more times, then put the dog in the cab of the truck and went back into a barbershop.

The woman said she went over to the truck and saw the dog shaking. After a few moments, the woman said, Leger came out of the shop and confronted her, yelling, "Trying to do your good deed for the day?"

Leger’s bail conditions had included a provision that he not reside with any animals, the statement said. But after he was booked on the new charges Friday, authorities learned he has been living with a dog in violation of his bail, prosecutors said.

A spokesman for the Animal Rescue League said Bryson is “doing very well” and “thriving.” 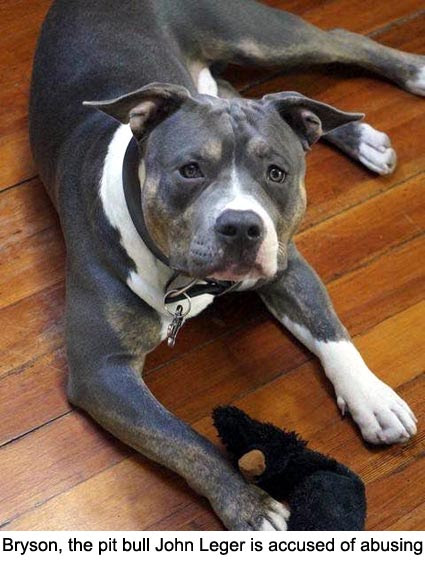