NEW HAMPSHIRE -- Two people have been charged in connection to a horse neglect case in Deering.

Police executed a search warrant after the department received numerous complaints about the state of the horses living on the 70-acre property. 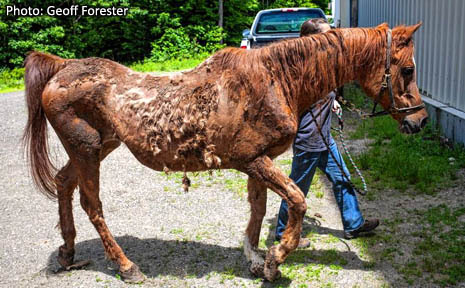 Neighbors reported they may have been locked inside a barn for more than a year.

Anthony Costine, 46, and Spring A. Romer, 46, both of 558 E. Deering Road, surrendered to local police at 5 p.m. on Tuesday, according to Police Capt. Thomas Cavanaugh. Romer also lists Quail John Road in Thetford, Vt., as a home address. 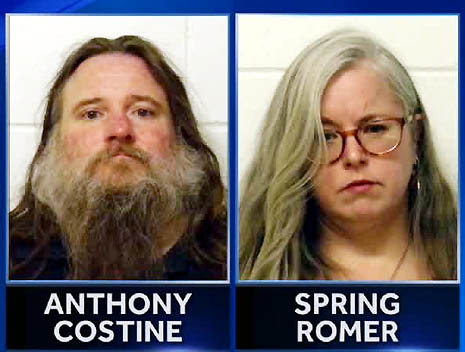 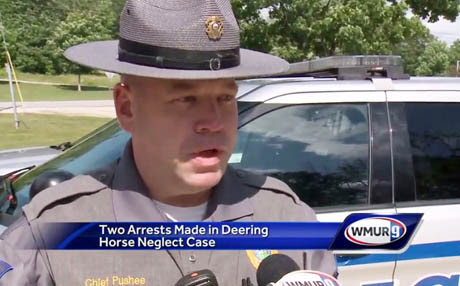 "It was abhorrent. It was as bad as I've ever seen in a barn, and I've lived on and around farms," Deering Police Chief James Pushee said. "And I've seen some neglect and abuse cases before, and this was pretty bad."

The pair have been charged with four Class A misdemeanor charges of cruelty to animals.

Both were released on personal recognizance bail and face arraignment July 27 at the 6th Circuit Court Hillsborough District Division. 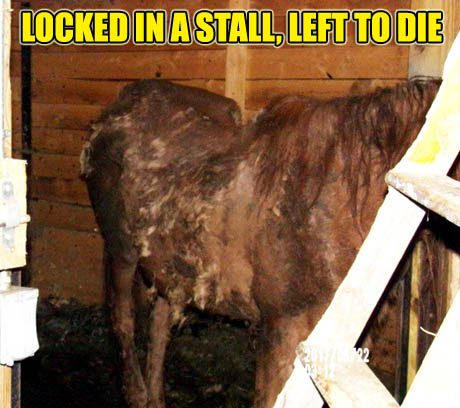 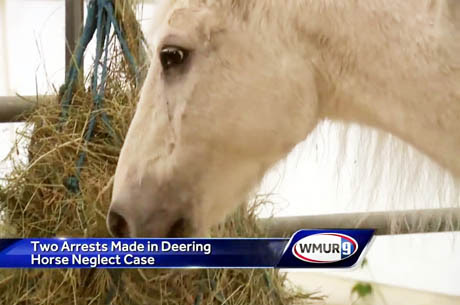 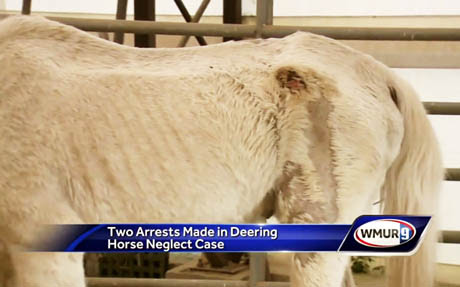 ON THEIR WAY TO NEW LIVES

The last of four horses – newly named Solstice – was ushered out of the back of its trailer, its gray, matted hair covered in filth.

The horses moved slowly toward their new pens at the Live and Let Live Farm in Chichester. They hadn’t been outside in years, rescuers said.

Another horse, renamed Supernova, was mostly skin and bones and had a visible tumor on her stomach in addition to her muscle atrophy.

In their new environment, volunteers got a chance to closely examine the horses. 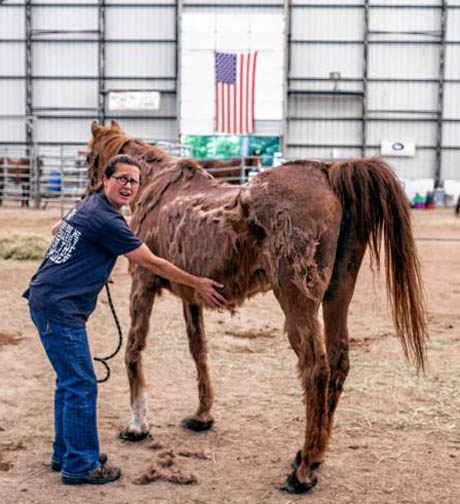 “This winter fur should have been gone a long time ago, but their bodies didn’t have the ability to shed it,” said Teresa Paradis, director and founder of the farm that takes in abandoned and neglected animals. “Their feet are clubbed and spread out; they’re not just long, but they’re also bigger than they should be.”

At Live and Let Live Farm, where the horses are getting food, love and medical care, their minds remain on recovery.

Rebecca Howland, a documentary filmmaker who is profiling the farm, was on her first rescue mission Thursday. 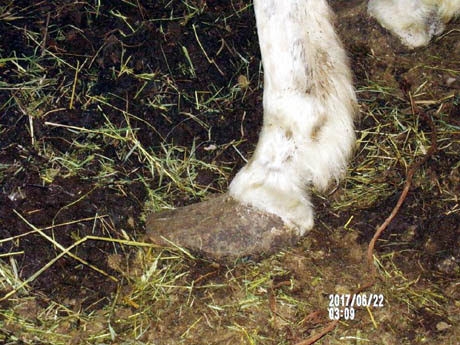 “It was obvious they didn’t take care of the barn or the horses in it,” she said. “There were discarded pieces of wood. ... It was gross and it was sad.”

The four horses were given a new name – each after a cosmic event because of the summer solstice on Wednesday – to commemorate their new start. Joining Solstice and Supernova were Eclipse and Equinox.

Paradis said the horses faced a long, difficult and expensive road to recovery. 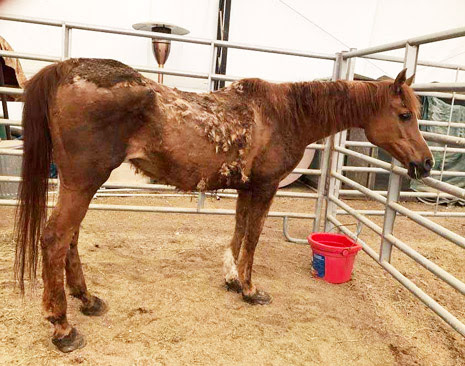 “Probably minimum three or four months, but probably more like a year,” she said of the horses’ likely recovery time. “We have to be able to evaluate every part of them, from the mouth to figuring out their age to figuring out what their feet are like and getting X-rays.”

"I would rather focus my energy and ask other people to focus their energy on the healing of these horses," said Sharon Morey of Live and Let Live Farm.

While the horses may have been removed from a dangerous situation, volunteers say they still face an uphill battle. Some of them face multiple health issues. 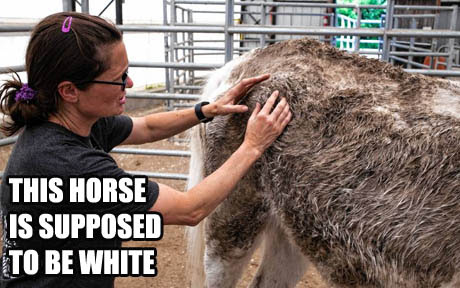 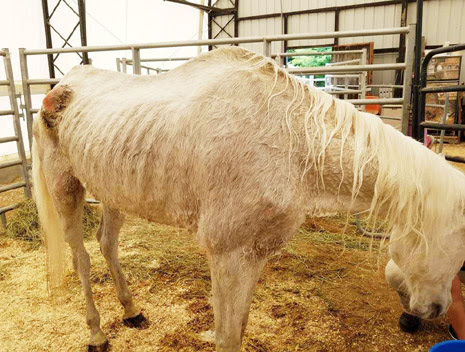 "She’s got double, bilateral hernias, the other side is much, much worse," Morey said of one of the horses, named Supernova. "Her leg has either been broken in the past or some sort of bone chip or some sort of trauma where her leg is actually bent."

The farm is reminding the public they can help in the horses’ care. The rescue farm has raised $8,100 for their care so far and once they hit $10,000, an anonymous donor has promised to match it.

All of it is going toward a hope for a better future for these horses.

"I’d like to see them have a shine in their eye and be loved and they have been loved this week, they've been so loved on,” Morey said.