NEW YORK -- Kaden Mitchell suffered a setback over the weekend, just days after he was attacked by two Rottweilers while playing in a friend’s backyard in Niagara Falls.

The 7-year-old began slurring his speech, and doctors later determined he’d had a stroke, and rushed him to Buffalo General hospital, where’s he’s being closely monitored, according to Kaden’s grandfather, Roy Gregory.

“Kaden is pretty tore up,” Gregory said. “There isn’t a spot on his body that isn’t bitten up. He’s got over 200 stitches and staples and they haven’t even finished closing his head. They reattached his ears, they got his eyebrows back together and his lips back together.”

Gregory described the injuries left last Wednesday by two Rottweilers, which misunderstood an act of play for an act of aggression.

He said Kaden and a young girl were running toward a trampoline in the back yard when the dogs attacked. 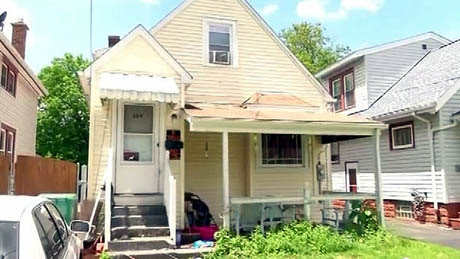 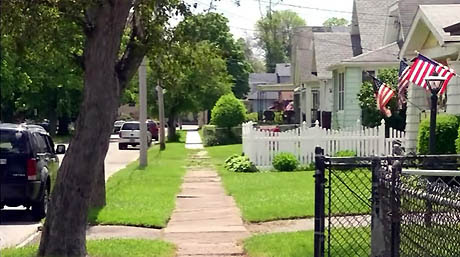 “Because the girl that lives there was running and Kaden was chasing her, the dogs took offense to it and that’s what happened,” Gregory said [he believes].

Kaden was in the backyard of a friend’s house in the 200th block of 70th street when the attack took place.

Niagara Falls Police Lt. Jason Sykes was first on the scene, and with his gun drawn, made the split decision to pick up Kaden’s lifeless body, and carry him to a waiting ambulance, all while the dog’s owner was exhaustively holding them back. 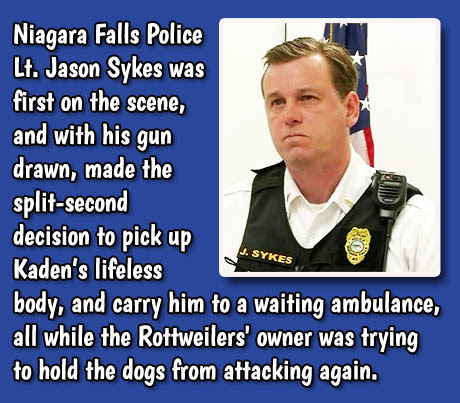 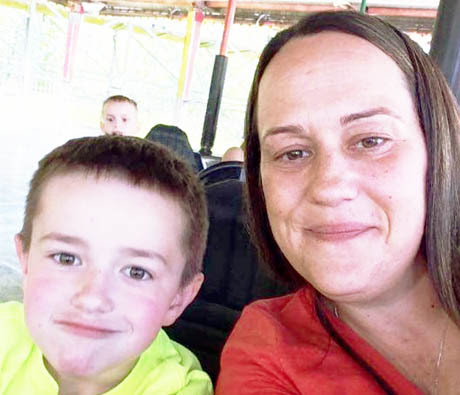 No charges have been filed, and police say it was nothing more than a tragic accident.

The dogs were euthanized Thursday evening. 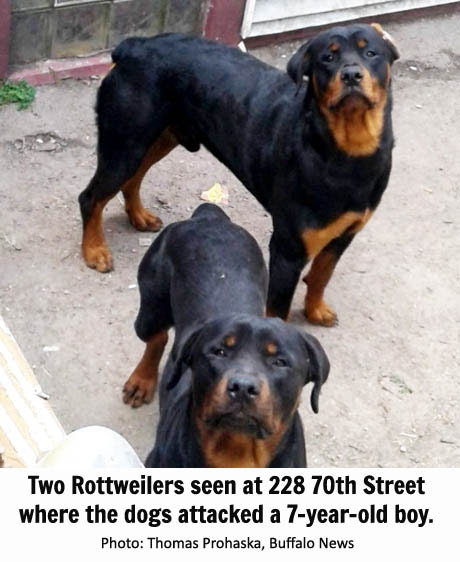 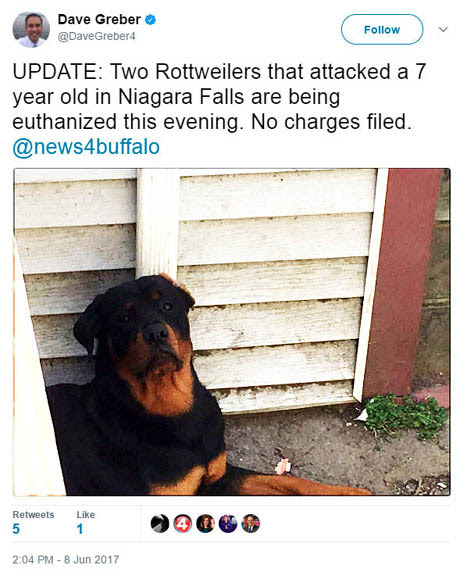 “The emotional scars are going to be there for a long time,” Gregory said. “He does not know what happened.”

The [unnamed] canines' owners say the dogs have never shown signs of aggression before.

Gregory said the family has a lot of support from the community. But they’re also pained by what they’ve read on social media. He also said the family has no ill will against anyone involved, including the owner of the dog, who is a longtime family friend. 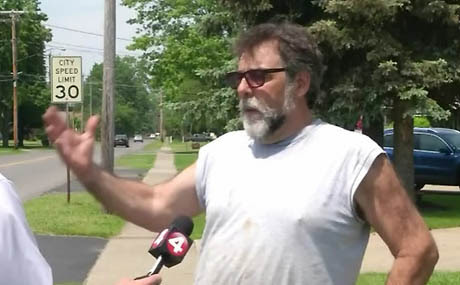 “I don’t know what they’re doing, or why they’re doing this, but I hope they get over it real quick,” Gregory said. “We’ll get through this. We just want Kaden back at 100 percent. He’s a great kid.”

But it might do well for the police, before claiming it was merely a "tragic accident" to delve into the history of these dogs. Where did they come from? Any previous incidents of aggressive behavior? 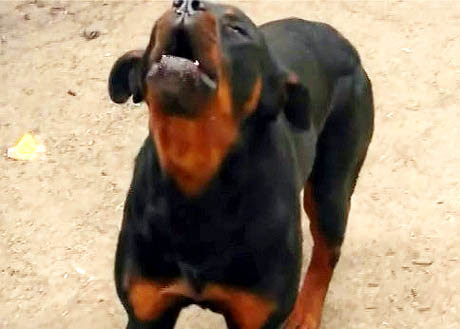 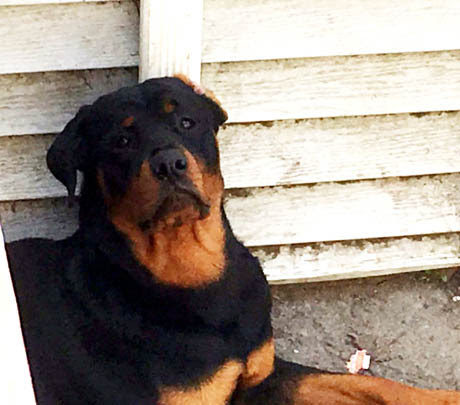 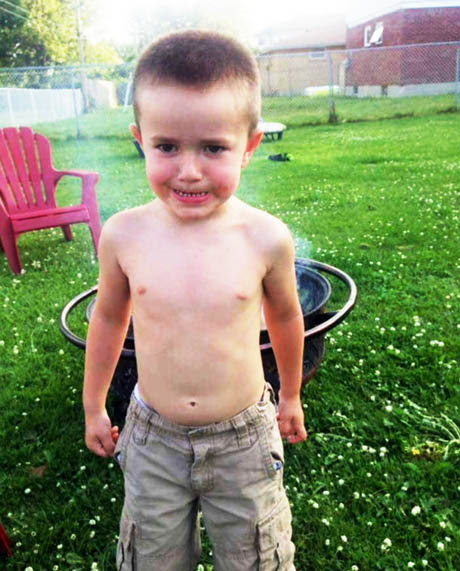 Kaden’s hospital stay will likely be measured in months rather than weeks, and the family is asking for donations through the GoFundMe website. 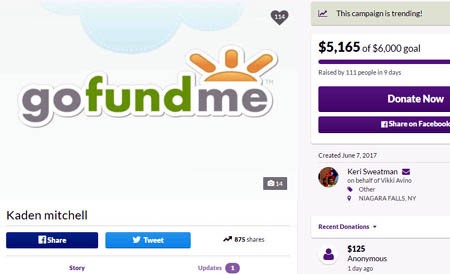 Note: If you are thinking of donating, I would suggest you do a bit more research into this page. I'm not saying this is a fake page, but you have to be cautious. A little boy attacked by a dog, I think in Detroit, had 2 competing GoFundMe pages. Turns out the relatives threw them up there to collect the money and then the mother of the little boy complained saying she hadn't received any of the money and well-meaning people were sending hundreds, if not thousands, of dollars to these relatives thinking it was to help the medical bills when NONE of it did.

The person who created this page  (Keri Sweatman on behalf of Vikki Avino) says she's the aunt of the little boy and the sister of his mom, but she provides no photos, no details, just information everyone already knows - that he was attacked by 2 dogs and had to get surgery. Plus, it hasn't been updated in more than a week.


"My nephew kaden was attacked by two dogs tonight and is under going surgery he is 7 years old..my sister vikki is taking time off of work to take care of him and expenses will be adding up... As far as i know he is still in surgery as soon as i know something i will let everybody else know."