The investigation began on April 3 when an officer was dispatched to 402 Ellis Street and saw a dog appeared to be emaciated.

The dog's owner CLAIMED the animal had eaten some spoiled food but appeared to be feeling better.

A follow-up with the assistance of a Syracuse Animal Control officer determined that the dog, a Pit Bull named Roscoe, had an injury to the head and other parts of its body, including to the rib cage. 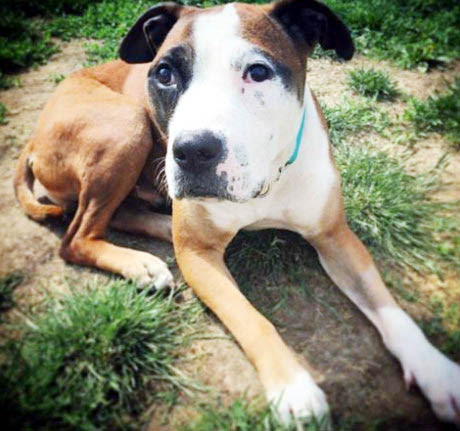 Frender is accused of abusing Roscoe over a two year period by beating him repeatedly, at least once with a two-by-four and allegedly causing his current blindness.

The animal began receiving treatment and its condition improved quickly. It was later transferred to a dog adoption center in Long Island.

Frender has been charged with 2 misdemeanor counts of animal cruelty. 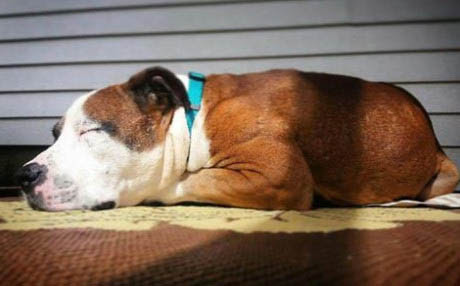 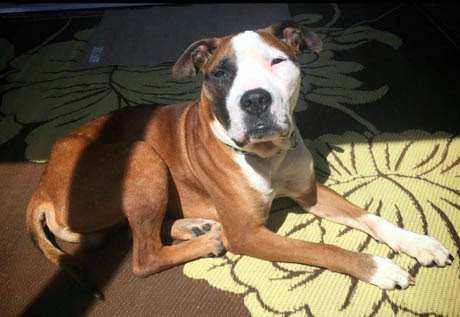 Frender is no stranger to be incarcerated and from reading this article below, he may have a pathological disorder.

County prisoner off to state prison for what he insisted was a 'prank' involving human feces
Watertown Daily Times - July 12, 2008

A Calcium man was sentenced Friday in Jefferson County Court to state prison for a prank he pulled in March while incarcerated at the Metro-Jefferson Public Safety Building.

Patrick A. Frender, 19, address not available, will serve 1-1/2 to 3 years in prison for a June 6 guilty plea to aggravated harassment of an employee by an inmate.

Frender was accused of intentionally putting human feces into a cup while incarcerated at the Metro-Jefferson jail March 2. He then provided the cup to another inmate, who placed it into a "hot pot" that supplies hot water to up to 32 inmates. A male corrections officer discovered the excrement during a security check. 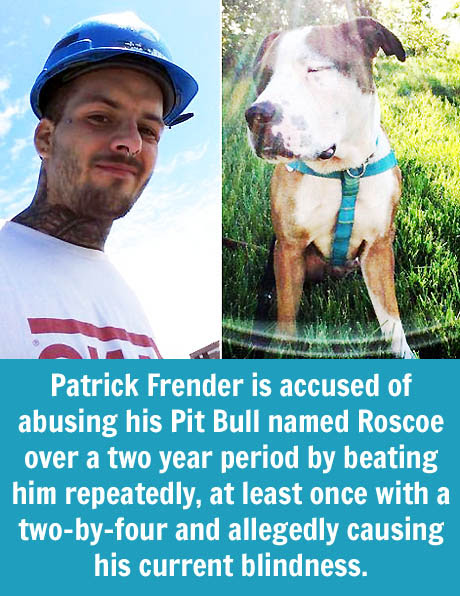 He was sentenced as a second-felony offender. He pleaded guilty Nov. 9 to fourth-degree grand larceny and was sentenced Jan. 4 to a year in the PSB.

In that case, he was accused of stealing a mountain bike valued at more than $1,000 from Kevin J. Smith, town of Hounsfield, in June 2007.

Frender was arrested again in 2012 after he and his friend were caught in their car with heroin and needles.

A Canton man was held on $2,000 cash bail after police say they found hypodermic needles and heroin in his vehicle.

A second man, Patrick A. Fender, 23, also of Law Lane was charged with possessing a hypodermic needle.

Canton police said the arrest stemmed from an investigation into drug activity in the area.

Both men apparently resided in the Assisted Living Program, which helps recovering addicts. 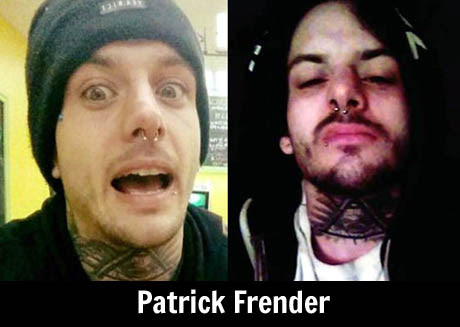 Officers said bundles of heroin and hypodermic needles were found in the vehicle.

Fender was released on an appearance ticket.

Officers said the investigation is ongoing.