United Kingdom: After woman's German Shepherd attacks elderly man, she tells him she's going to "get help". She never comes back.

UNITED KINGDOM -- A man has been treated for significant injuries to the arm after being bitten by a dog.

The 77-year-old-man was riding his mobility scooter along Western Way, South Ham, when he stopped by a woman and her German Shepherd-type dog.

The dog, which was on a lead, then bit the man on the arm, causing a significant wound to his right forearm which required treatment at Basingstoke hospital. 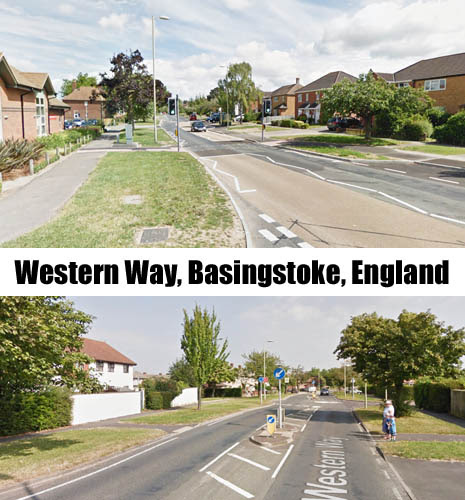 The dog owner told the man she was going to get help, but did not return to the scene before the victim was taken to hospital.

Officers reported the incident took place sometime between 7.30am and 8.05am on Friday, June 9, with the woman being described as a white woman in her 50s, with shoulder-length blonde hair. She wore a coat and trousers.

PC Emily Dixon said: “We would like to find out more about what happened and would like anyone who witnessed this incident to get in touch.

“There are roadworks along this road, and motorists may have seen something while being held at the temporary traffic lights.

“We are also urging the dog owner to contact us directly.”

Police are appealing for anyone with information or anyone who witnessed the incident to call 101, quoting 44170217818.