Virginia: Back in October, Animal Control removed 22 dogs from breeder Hannah Licwinko and the house was condemned. Police say Licwinko, 49, moved out, but secretly hid 18 dogs inside the condemned home.

The seizure of the animals came eight months after 31 dogs were taken from the same residence, according to a search warrant.

No criminal charges have been filed in the case. 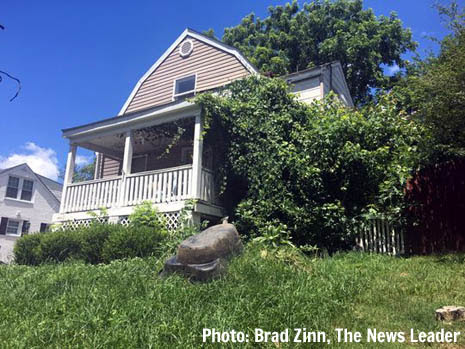 Authorities were initially called to 813 E. Beverley Street on Oct. 28 concerning a report of several dogs left inside the vacant home, according to a search warrant filed by a Staunton animal control officer. The officer couldn't get inside the home initially but spotted several dogs though a window, a police report
said.

Once the homeowner was contacted and entry to the home was gained, the officer noted a "strong smell of feces and ammonia inside," the search warrant stated.

Twenty-two of the dogs pulled from the home in October were surrendered to animal control.

The woman who owns the home was allowed to keep four dogs, the limit in Staunton unless one has a breeder's license, said Officer Jennifer Stevens, a spokesperson for the Staunton Police Department. Several other dogs were reportedly given to the woman's son and a friend.

Police said the water inside the home was turned off in April 2016, and city officials condemned the home in November just days after the dogs were discovered.

But last week on Friday, officers from animal control were back at the East Beverley Street residence following another complaint of dogs being left inside the home, which is still condemned. 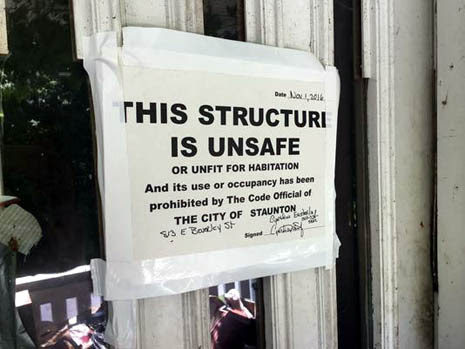 "They took 18 dogs out of there," Stevens said. "A lot of them were prior dogs," taken in October.

Many of the dogs from the October seizure were surrendered to the police department and adopted, according to Stevens. The 18 dogs taken from the home on Friday were taken to the Shenandoah Valley Animal Services Center in Lyndhurst and will be held until a judge makes a decision in the case, Stevens said.