TEXAS -- Police in Cedar Park, Texas, had to get creative when a family of pigs escaped from a local barn.

A female pig made a run for it Friday morning with her piglets in tow, CBS affiliate KEYE-TV reports. 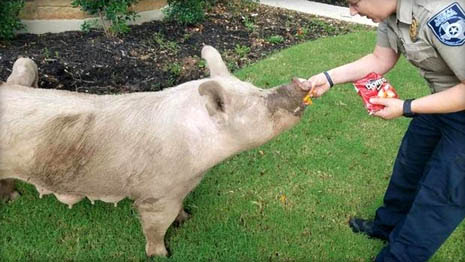 The family made it about a mile before being spotted in a backyard, rummaging around in the mud.

Animal control officers arrived on the scene in a neighborhood about 15 miles north of downtown Austin. 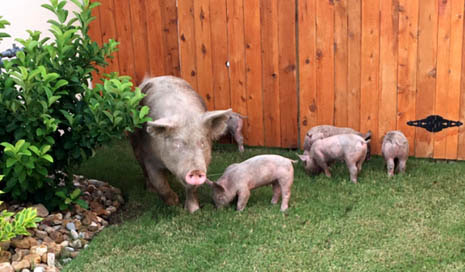 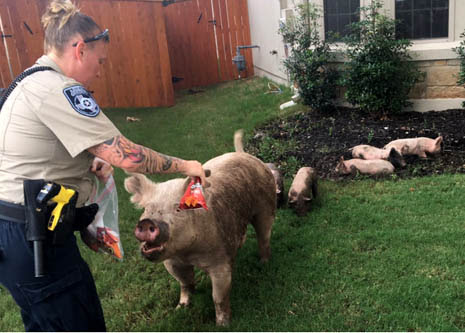 KEYE reports the officers lacked the equipment needed to move the mother pig, so they lured her out into the open using bags of Cheetos and Doritos.

The owner of the pigs showed up shortly after and escorted the mama pig home. Animal control officers gave the piglets a lift back in their vehicle. 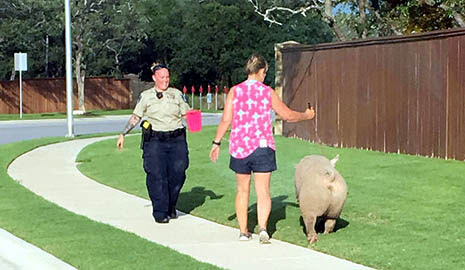