United Kingdom: Residents in fear after Pit Bull goes on the attack

UNITED KINGDOM -- A resident of a block of flats in Barry has said he has safety concerns following a Pit Bull attack on his dog that took place at his back door.

Mr Andrew Guy, who lives at Cwrt Hortop, a development which runs along Main Street and Pontypridd Street, said a neighbor’s Pit Bull mix had attacked his dog leaving it “howling in the bedroom”.

It had injuries to the neck and eye, and had drawn blood. He had been forced to drag the dog off.

Mr Guy said he was worried about future control of the dog, particularly as it had been in the car park at the back of the flats following the attack, once more off the lead.

He said: “It is threatening to the local community and I am worried about the safety of residents and children.” 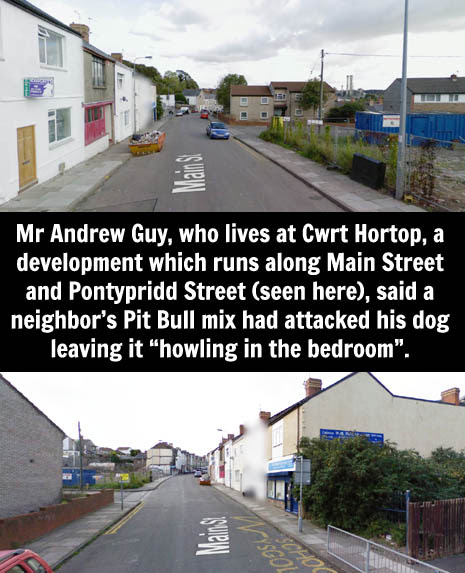 He said the police had told him that the offending dog should be kept on a lead, but that did not appear to be happening.

Jason Wroe, the housing director, said that because the dog had not been kept on a lead, the housing association had refused permission for it to be kept at its current property.

“We are currently supporting Mr Guy and liaising with the local PCSO to rectify this situation as the incident has caused great distress.

“The offending dog at a neighboring property has not subsequently been kept on a lead and therefore we have this week refused permission for this dog to be kept at that property.

“We urge Mr Guy to contact the police should there be any further incidents and we will also continue to monitor the situation.”