AUSTRALIA -- An Adelaide woman has needed more than 200 stitches to put her face back together after a vicious dog attack on Boxing Day.

Ashley Bunn, 45, was walking home from her sister’s house in the city’s western suburbs of Adelaide when she was attacked in the street by her neighbor’s Great Dane / staffordshire Pit Bull terrier mix. 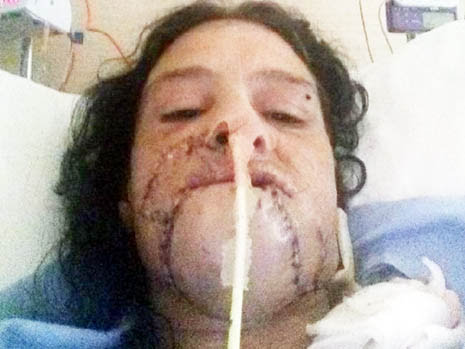 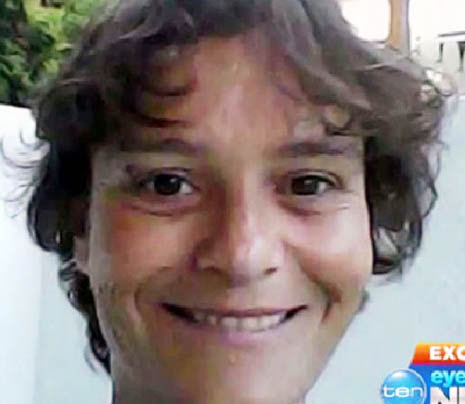 Surgeons used 200 stitches to reattach a large portion of her chin which had been torn off.

They also used skin and tendons from her forearm to repair the damage.

“When I looked in the mirror I just burst into tears, I didn’t know if I would ever look the same again,” Bunn told Channel Ten. 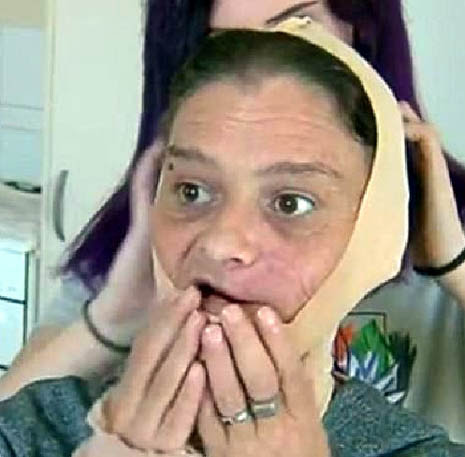 She has spent the past fortnight in hospital receiving treatment. Despite being discharged from hospital it seems she will require a further 15 surgeries to repair the damage.

Bunn told Channel Ten the dog was playing in a yard near her home without a gate when it started running towards her.

The dog’s jaw latched onto her chin and ripped at it, causing significant damage.

“His teeth went underneath [my chin] ... and he gripped on with his upper jaw. I had 200 stitches in my face because I felt my own chin come down,” she told Ten. 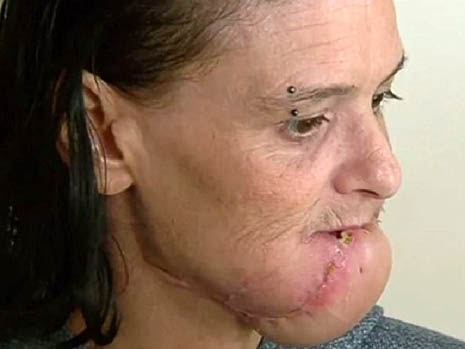 Bunn posted on Facebook saying that the dog has since been put down.