United Kingdom: Shad’a McQueen stabbed her dog several times, slit its throat then left it to slowly die in agony. The judge gave her probation

UNITED KINGDOM -- A woman who slit her dog’s throat after going on a booze binge has been banned from owning an animal again.

Shad’a McQueen attacked her pet bull dog on October 29 last year after a night out drinking with an ex-girlfriend, Croydon Magistrates Court heard this week. 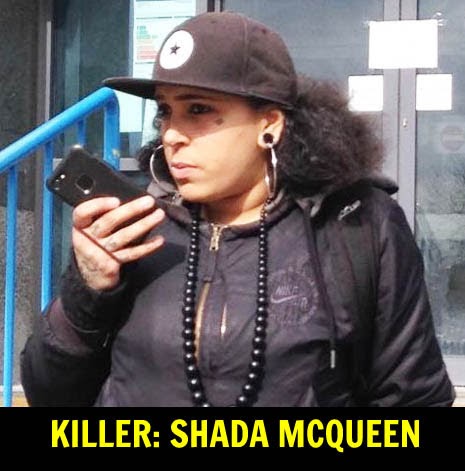 The 33-year-old armed herself with a knife and set upon her pet dog at her home in South Norwood in south London, stabbing it several times in the body. The court heard how she then used the same knife to slash the dog’s throat.

She then called the police and when officers arrived, the female dog was found to be ‘close to death’ and was taken to a vet and put down.

GIVEN PROBATION FOR HORRIFIC CRIME
McQueen pleaded guilty to stabbing her dog and causing the pet unnecessary suffering and was handed a four-month jail term, suspended for 18 months. She was also ordered to do 60 hours of unpaid work and was banned from owning animals for an indefinite period.

Judge Susan Holden told McQueen that ‘no animal’ should have to ‘go through what your dog was put through’. She added: ‘This is a deeply distressing case. ‘It’s clear that your dog must have suffered unnecessarily.’

Despite the courts stating that she was banned from owning animals for "an indefinite period", they immediately told her she could go visit her other dog. That would be the one she didn't stab repeatedly and then slit its throat, leaving it lying there in agony, slowly dying.

When sentenced at Croydon Magistrates’ Court, the 33-year-old found out she may one day be able to own a dog again.

She walked free from court and was told she will be able to visit her other, shared pet dog - if accompanied - who she owns along with an ex-girlfriend. 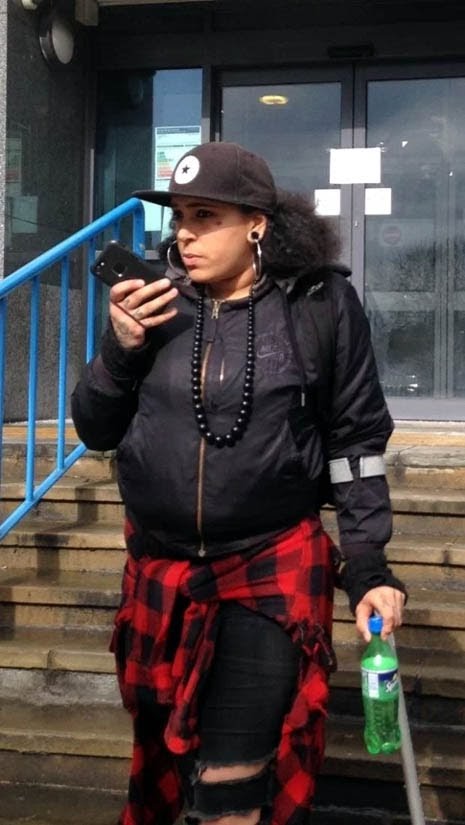 This is how this ridiculous woman dresses for court.