(April 2018) Virginia: Mail carrier reassigned after pepper spraying dogs: ‘Our kids are afraid of the mailman’

HENRICO COUNTY, VIRGINIA -- Some Henrico residents say they have a new postal carrier thanks to a CBS 6 Problem Solvers investigation into their dogs being pepper sprayed.

The alleged incidents happened in the Westham neighborhood.

Melissa Banta says her dog Willow was sprayed in her yard April 2, when she was outside playing with her kids. 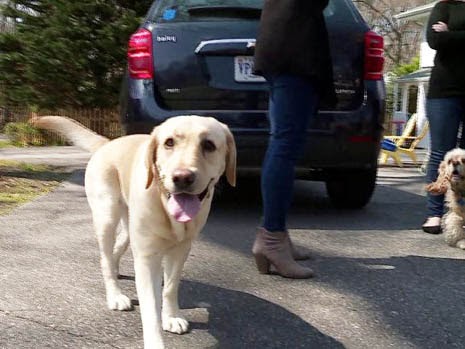 “The mailman sort of walked up behind us and when the dog saw the mailman over my shoulder she ran towards him barking and as soon as I saw what was happening and I got up and ran up with her and said, ‘it’s okay, it’s okay she’s nice’ and I saw him get out his pepper spray. I asked him don’t spray her, please don’t spray her, she won’t hurt you and then he sprayed her anyway,” Banta said.

“I asked him why he did that, and just sort of said I don’t think I got her too bad and walked away across the street to keep delivering mail.” 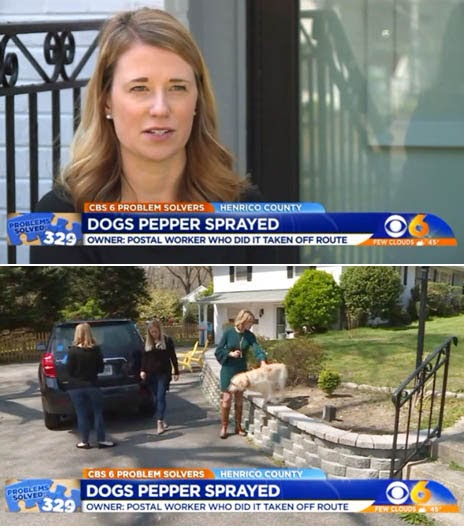 Banta immediately went inside to get her husband while she washed Willow’s eyes out, so her children did not come in contact with the repellant.

“He ran after him to find out what his name was, and the mailman covered his badge and would not let him know his name,” said Banta.

A week prior, Banta’s neighbor Bonnie Edwards says her dog Odis was sprayed by the same carrier after her nine-year-old son accidentally let the dog out while he was delivering their mail.

“I thought he was going to help me catch Odis,” said nine-year-old Reid Edwards. “He seemed really nice with the safari hat and everything I thought he was going to be nice. He just pulled out the pepper spray from his pocket,” he added. “In my mind, I’m like oh no and then he sprayed it. Odis took one step back, eyes closed shut and then sprayed it again. I feel really bad for Odis. I was crying.” 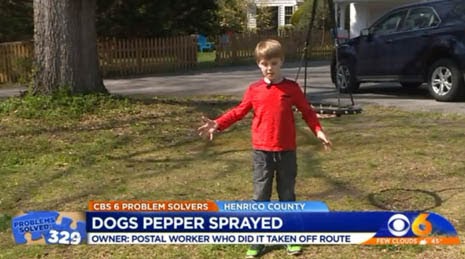 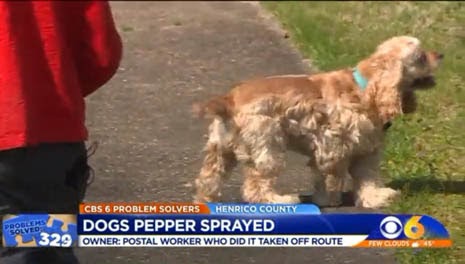 “My dog looked pathetic, my son was wandering hysterically through the house locking himself in the room thinking that it was his fault,” Reid’s mother Bonnie said. “When we were washing the dog, the fumes were getting up into our face and making me gag. It could have easily been him if he’d been a couple of feet closer.”

Statistics show that Richmond had the most dog attacks on carriers than any Virginia city, with 22 attacks last year. The USPS policy states that carriers can use repellents to defend themselves against attacks, but not when there is a danger of spraying people.

“It’s good to know the mailmen have a way to protect themselves, but at the same time we want to make sure the people are protected and that our dogs are treated fairly,” said Banta.

The neighbors reached out to their local post office. 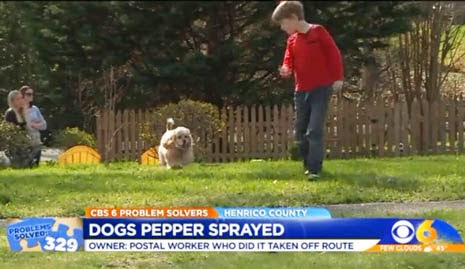 “We tried to call and form a complaint,” said Banta. “We called the direct supervisor first and he wasn’t very receptive to us. He yelled at us and still wouldn’t give us the mailman’s name.”

Banta then called his supervisor.

“She felt like the mailman did what he was trained to do,” she said.

“We were very discouraged,” said Banta. “We felt like there was nothing we could really do to prevent this from happening again and were worried because the mailman comes every single day and we’re out here with our kids a lot. We’re concerned that it’s going to happen again, and our kids are really afraid of the mailman now.”

When she says they didn’t get answers, they wrote the USPS headquarters in Washington, DC. CBS 6 also made an inquiry. 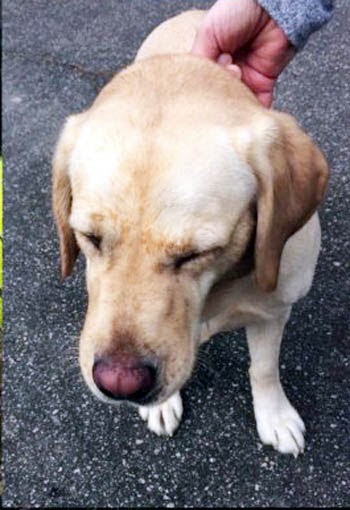 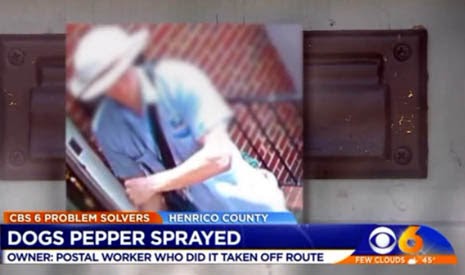 “Once you all got involved we’ve gotten a very kind call from the postmaster saying what can we do? And has decided to give us a new mail carrier starting immediately. That’s what we were hoping for and we’re excited for the change,” said Edwards.

A USPS spokesperson said they were unable to reach anyone in the Richmond office on this case but released the following statement.

We ask that you share dog bite prevention tips with customers – it helps:

While the number of dog attacks in the city of Richmond remained about the same in 2017 as with the previous year, the number of postal employees attacked by dogs nationwide decreased in the same timeframe. The decline is linked to safety measures that the Postal Service introduced in recent years, including Package Pickup and Mobile Delivery Device features that alert letter carriers to dogs on their routes. We are encouraged by the progress and are grateful to pet owners for their support. 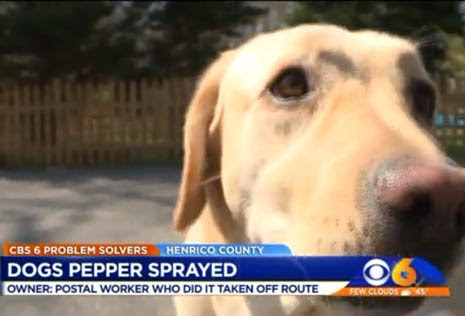 Dog bites can be reduced by following these tips:


National Dog Bite Prevention Week runs through Saturday. The number of postal employees attacked by dogs nationwide reached 6,244 in 2017 — more than 500 fewer than 2016. 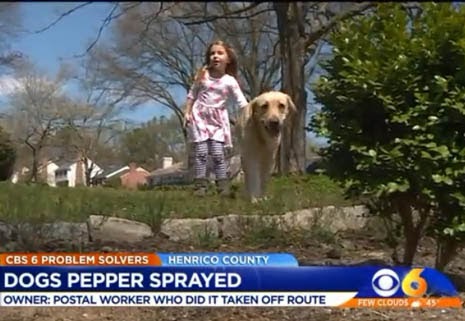