Texas: Giant alligator nearly run over by a semi-truck is rescued and relocated

CLEVELAND, TEXAS -- A giant alligator nearly the length of a small family car was captured in Cleveland, Texas, early Monday morning as it attempted to cross Highway 59, near a Whataburger restaurant.

The gator, which measured in at 11 feet, 6 inches, was first spotted and reported to the local authorities after it was clipped by an 18-wheeler as it tried to cross the highway, according to the Houston Chronicle. 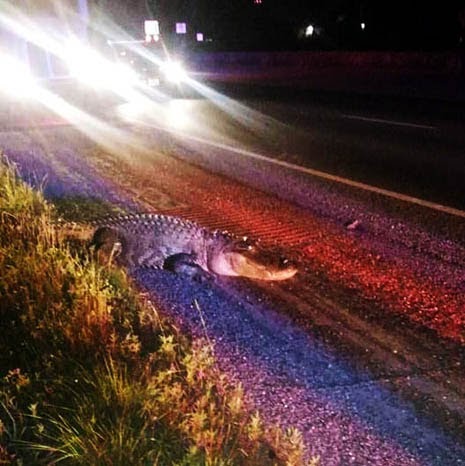 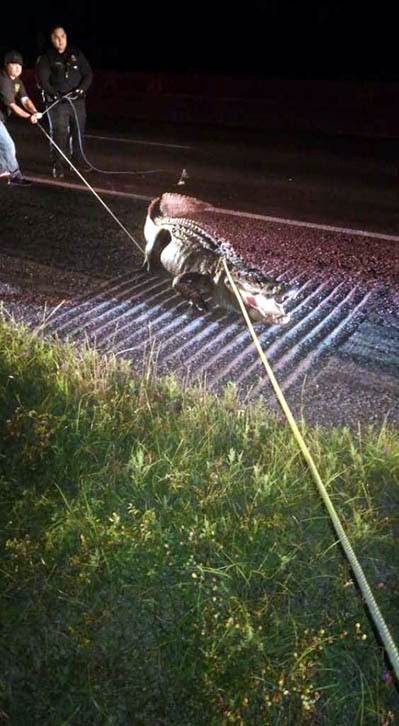 Chance Ward reported the incident to authorities and said the unusual reptilian traffic hazard was only something you'd see in Texas.

"The Gator measured 11' 6" and will be relocated alive to a safe place out of harm's way," Ward wrote in a Facebook post. "We safely placed the Gator on the flat bed of my truck and strapped him for the ride. Only in Texas will you get a Gator and Whataburger in the same picture." 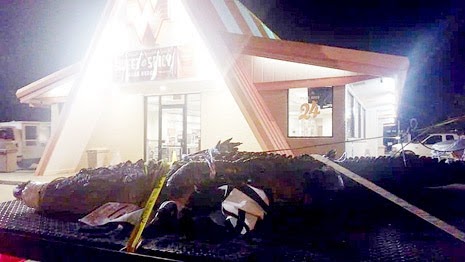 Speaking to the Chronicle, Ward said he thought that the alligator would've moved by the time he had gotten to the scene, but it was still impeding traffic, causing the road to be blocked and "would rise up and hiss at them anytime someone would get close." 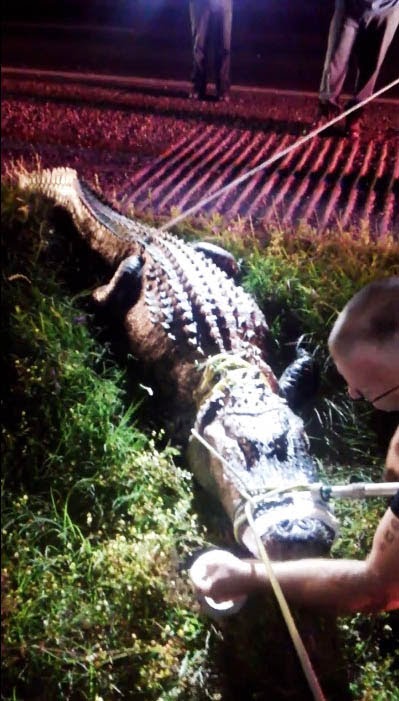 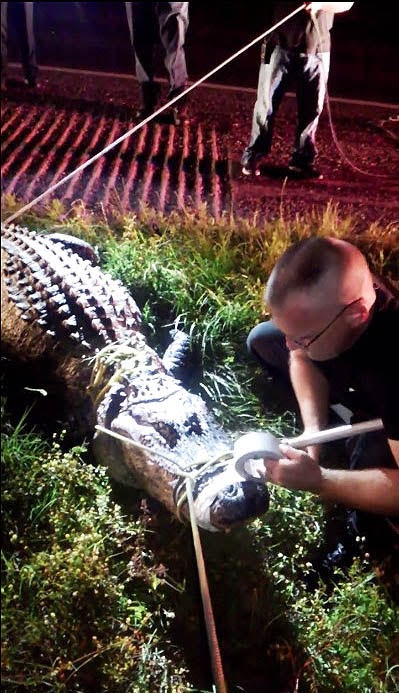 As firefighters shut southbound traffic on the highway, Ward eventually grabbed rope from his truck, lassoed the gator and then handed it to over animal control. It took six men to wrestle the gator onto Ward's pickup truck.

"Sergeant Edwards was very helpful with helping me untie the Gator in my stock trailer until relocation in the morning," Ward wrote in the Facebook post. "If you get a chance, thank our local law enforcement and firemen as they not only pull the criminals off the streets, they help keep the wildlife and livestock safe." 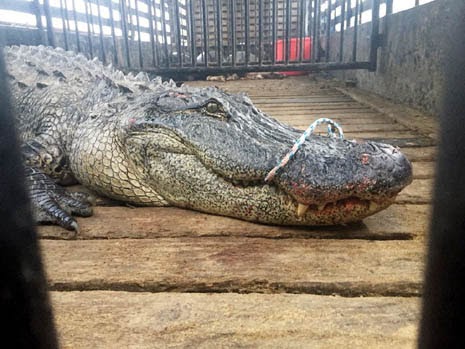 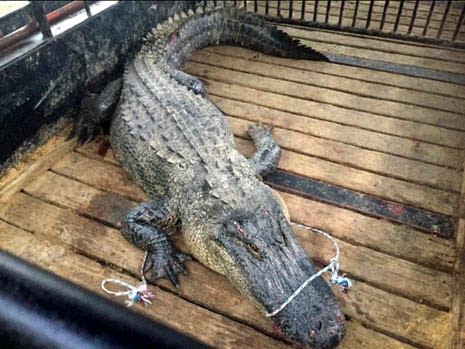 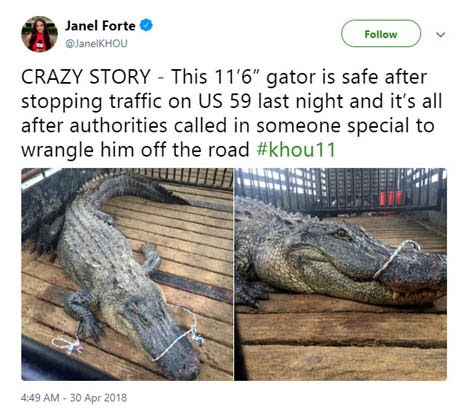 Just after noon Monday, Ward was filming George again, this time as he opened the stock trailer and released the gator into a pond in Liberty County, under the guidance of the local game warden.

It took about 20 minutes to get the gator to calm down, tie him on both sides and load him onto the truck Monday morning, but the pond was apparently a welcome sight. George slid out relatively willingly and immediately went for a dip in his new home. 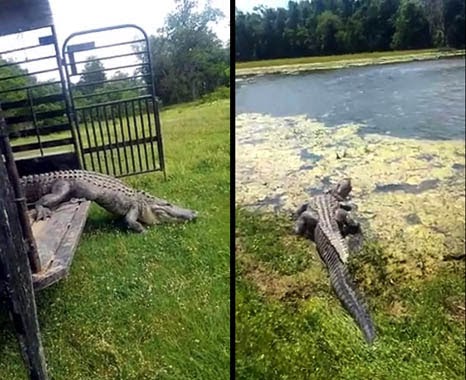 "This is not something we see every day in Cleveland," said Cleveland Police Chief Darrel Brousard. "I think with the recent floods and Harvey, some of these animals are on the move. I encourage anyone who has water around their place, whether it's a creek, river or stream, to be vigilant. Watch your step, especially at dark." 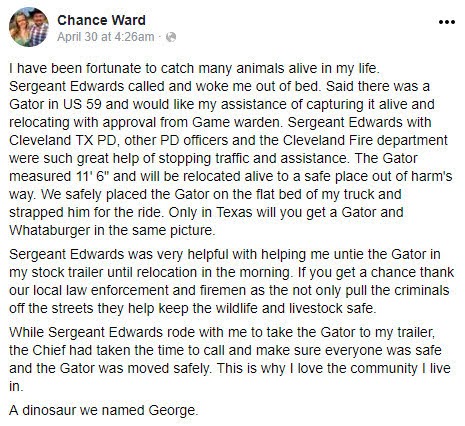