Florida: Puppy’s chances improve after being brought in with mouth bound shut

FLORIDA -- As Eve Van Engel gently stroked the head of Pixie, a 1-year-old Yorkie mix, she described the animal’s recovery from having its mouth taped shut. 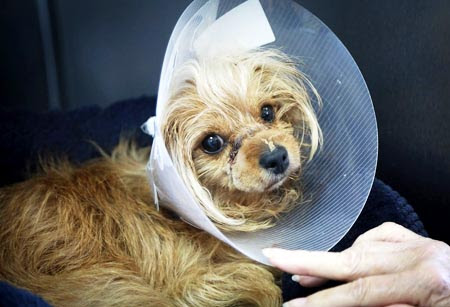 “When they came in this morning, you’d think we’d won the lottery,” she said. “(At first Pixie) wouldn’t eat, couldn’t eat. Last night she ate some food. This morning she ate a whole jar of Gerber baby food.”

Veterinarians have been working since Saturday to save the life of Pixie, who was dropped off with her mouth bound so tight it cut to the bone. Pixie had an elastic hair tie around her snout that cut a 3/4-inch-deep gash between her eyes and nose, Van Engel said. 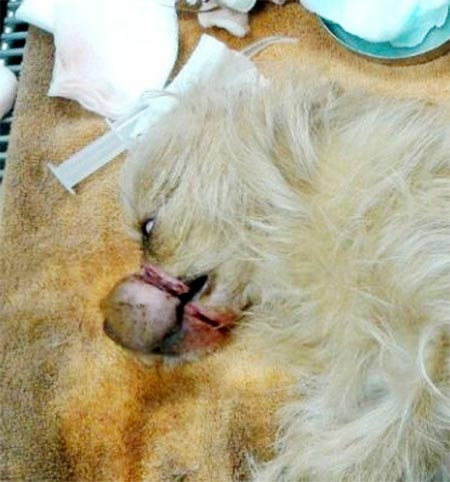 The wound was so gangrenous that the little dog “smelled like horse manure” when she was dropped off, Van Engel said, and it’s unknown when the dog last ate. If Pixie doesn’t develop sepsis, she should survive.

On Monday, veterinarian Lisa Matthews said necrotic tissue still has to be removed from Pixie’s snout and the dog is receiving pain medication and antibiotics. 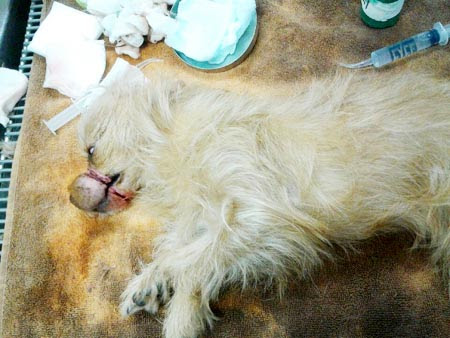 Who bound the dog’s mouth shut is unclear.

One woman said the dog had been passed around, unwanted, among family members, she said. Another one said it had been in her father’s care.

“The young one said, ‘Well, we think a neighbor kept complaining about the dog whining or crying or something, and so the neighbor came and put it on. It was all right when I walked it two days ago,’” Van Engel recalled. 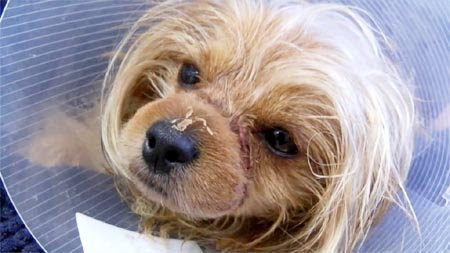 Van Engel said she believes the hair tie was on the dog’s snout for much longer than two days.

Her clinic is used to seeing animals with horrible injuries from accidents, but Pixie’s case was shocking, Van Engel said.

The case is similar to the dog in South Carolina whose owner taped her mouth shut to stop her from barking in 2015. Photos of the dog sparked outrage, and on Friday, her owner was sentenced to five years in prison.

“There are more of these happening than people want to know,” Van Engel said. “Neglect of animals is as cruel as actual injury for them.”

It shouldn’t take long for Pixie to find a new home. One of the clinic’s employees plans to adopt her, Matthews said.