Georgia: DA’s office appeals ruling in case against ex-police officer Daniel Peabody, who has been charged with felony animal cruelty

GEORGIA -- Cherokee County District Attorney Shannon Wallace is appealing a Superior Court judge’s decision to throw out two of the three felony charges in the case against a former Cherokee County school police officer accused of leaving his K-9 in a hot car to die.

Last month, Superior Court Judge Jackson Harris granted a motion to throw out two aggravated cruelty to animals charges in the state’s case against Daniel Peabody, a longtime school police officer who was arrested last June after leaving his police dog in the back of his car for three hours after returning home from work. 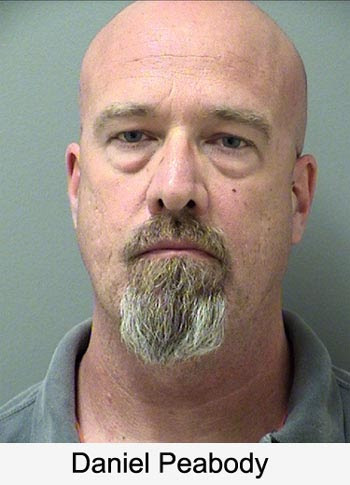 But the judge allowed Peabody’s third charge of making false statements to a police officer to stand, court documents show.

“His attorney filed a motion to quash our indictment, arguing Peabody was entitled by law to appear before the grand jury,” Wallace said. “We disagreed with his position, (but) the court granted the defendant’s motion as to the first two counts of the indictment.”

Now, Wallace and her team of prosecutors are looking to appeal the judge’s decision.

Georgia law gives police officers accused of committing crimes during the performance of their duties the right to testify before a grand jury before members decide whether to hand down an indictment. 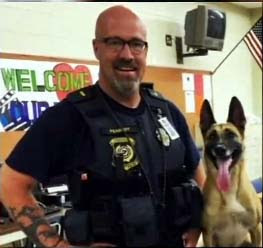 She said her office requested an application for immediate review of the trial court’s ruling and received notice this week that the Georgia Court of Appeals granted that request.

“We filed our notice of appeal and once the case is docketed in the court of appeals, we will have 20 days to file our brief,” she said.

Though Harris’ order granted Peabody’s motion to quash the two aggravated cruelty to animals counts on the indictment, the judge opted to allow the third charge of making a false statement to a law enforcement officer to stand.

A Cherokee County Marshal’s Office investigation into the death of Inka, Peabody’s 4-year-old Belgian Malinois, raised questions about the fate of another school K-9 the Canton man looked after. 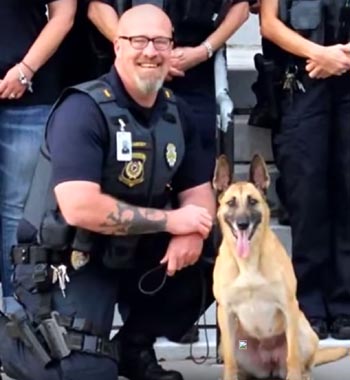 Dale, a yellow lab, worked with Peabody and the Cherokee County School Police from 2007 until May 2012 when the dog went to live with Peabody at his former Paulding County home following its retirement, investigators said. 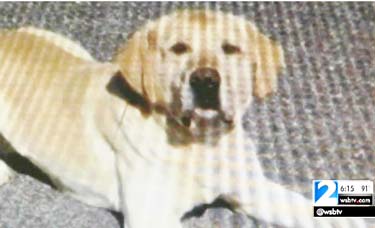 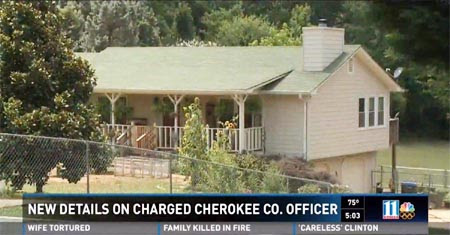 “At first he claimed that Dale died after choking on a toy at his Paulding County home back in 2012, but that was not the case,” Hunton said. “What happened was that sometime in 2012, shortly after the dog had been retired from the school police, he shot and killed the dog.”

Subsequent efforts to unearth Dale’s remains were unsuccessful, but investigators did discover the body of a third dog buried in the yard of Peabody’s former Paulding home. 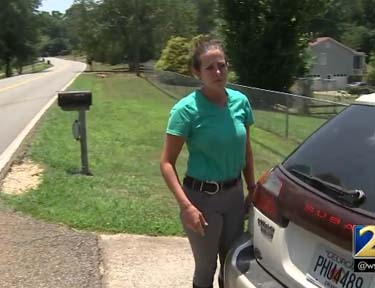 A forensic veterinarian found that the remains belonged to a Belgian Malinois that was at least 10 years old and likely killed by a gunshot to the head, Hunton said.

“What we believe is this dog is the grandmother of Inka,” Hunton said at the time. 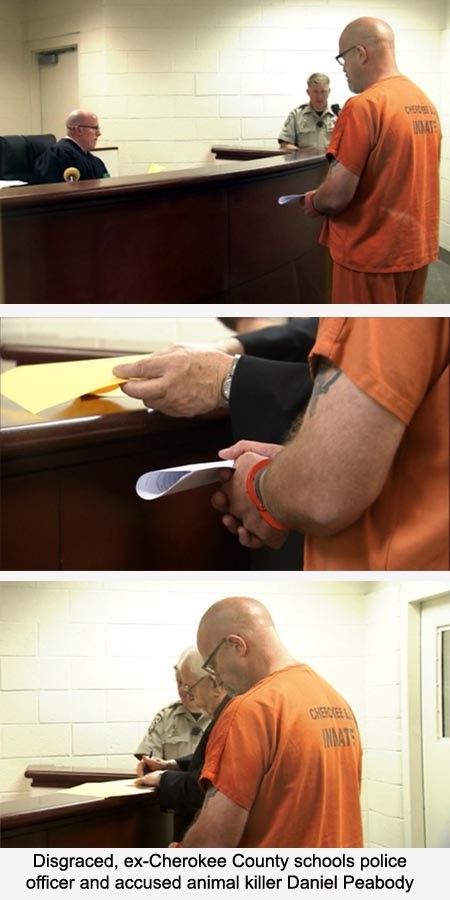 Temperatures outside on the day of Inka’s death reached upwards of 90 degrees and the car she was in was not equipped to transport police dogs, investigators said.

Subsequent tests conducted on the vehicle showed that after about two hours and 45 minutes, the temperature inside Inka’s crate would have been 130 degrees.