NEW YORK -- The NYPD helped wrangle a pair of ponies that got loose on Staten Island during the snowstorm. 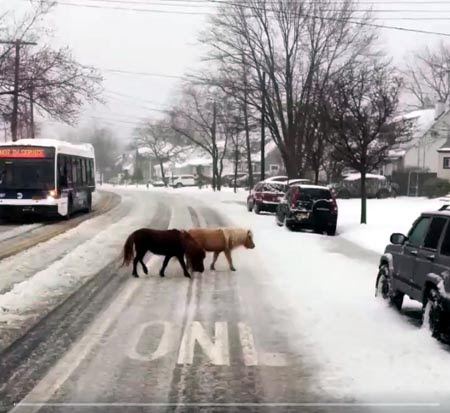 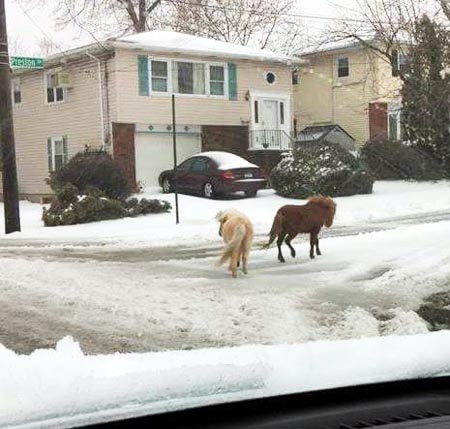 The runaway animals were corralled near Richmond Avenue and Hylan Boulevard in the Eltingville section late Tuesday morning, but not before some residents snapped some photos:

Police say the ponies escaped from a privately-owned barn in the area, and someone called 911 just before 10 a.m. 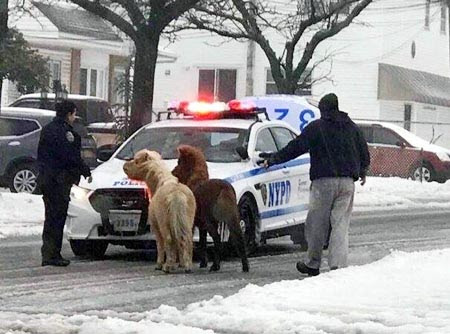 They were returned to their owners less than an hour later.

The police reportedly know the barn because this has happened before. 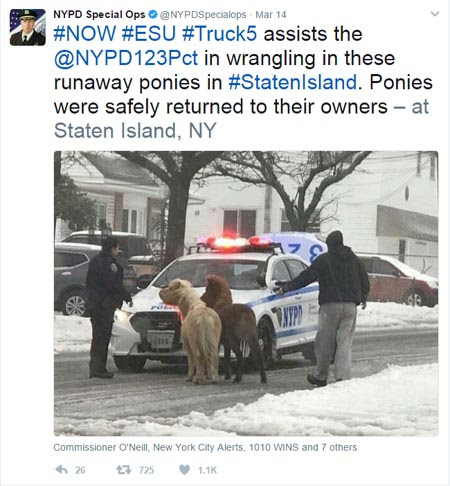