Georgia: Forrest Moore abandoned his pit bulls to starve to death. He will serve NO jail time for this horrific crime, but the skeletal pit bull which survived was given back to him!

GEORGIA -- A Dalton man charged with two counts of cruelty to animals after a dog was discovered dead in shallow water and leaves in an above-ground pool will not serve time in jail after agreeing to a plea deal in Whitfield County Superior Court.

Forrest Brent Moore was sentenced to 12 months probation and ordered to pay a $500 fine and to perform 40 hours of community service by Judge Jack Partain after pleading guilty to one of the two counts. As part of the sentence he cannot own any animals during the probation. 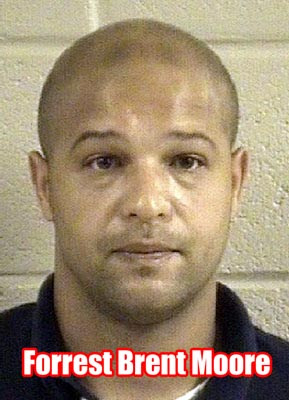 At the time of the incident in June 2016, Moore was allowed by Whitfield County Animal Control to leave with another dog found at his residence.

Moore was arrested after neighbors complained of a smell coming from 1012 Foster St., according to a Dalton Police Department incident report at the time of his arrest. Neighbors said Moore had been gone for more than a week, leaving behind two pit bulls.

Officer Bruce Franks found one of the pit bulls “severely malnourished,” and found a bucket to give the dog some water. The other pit bull was found dead in the above-ground pool, lying in a couple of inches of water, leaves and debris.

The officer noted it appeared the dog had gotten into the pool to get water and hadn’t been able to get out, and had been dead for “several days and was bloated.” 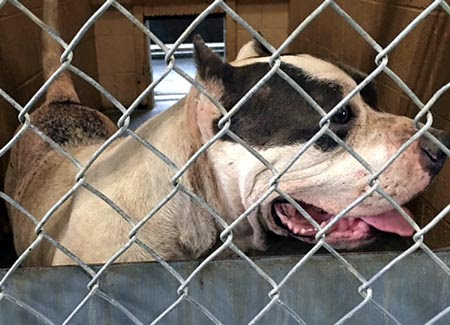 THE ABUSED DOG TO BE HANDED BACK TO ITS ABUSER, THE MAN WHO NEARLY STARVED IT TO DEATH - WHERE IS THE DOG NOW?

On June 2, the police department was trying to get a warrant for Moore’s arrest when he showed up at Animal Control and produced ownership papers and records for vaccination for the dog that was still alive.

While Moore was there, shelter personnel contacted Animal Control Deputy Brandon Norwood, who attempted to get in contact with Franks, who was not working that day, and instead was put in touch with Dalton Code Enforcement Officer Chris Cochran, who was helping deal with the condition and health hazards of the pool as well as other code enforcement issues at the property. 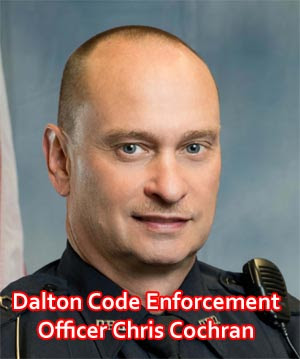 Norwood said he asked Cochran if he wanted Norwood to keep Moore at the animal shelter, but said Cochran said the warrant hadn’t been processed and to give the dog back to Moore.