MISSISSIPPI -- The Covington County Sheriff's Office is asking the public for help in finding the person or persons who hung a dead dog from a tree on Oil Well Road.

An investigator told WDAM 7 they received the initial report of the deceased dog Saturday.  - but they didn't bother to show up at the scene where the dog's body was lying. The next day the Sheriff's Office still didn't think it was important enough of a call to bother responding to. Finally, two days later - and only AFTER a 2nd complaint came in saying someone had now hanged the dead dog's body from a tree - did a deputy finally got around to driving out there...

A deputy met Greg Mcarney, the man who found the dog, at the site just down the road for the Three Notch Road and Oil Well Road intersection.

The investigator said they took a cable that was around the dog's neck as evidence. 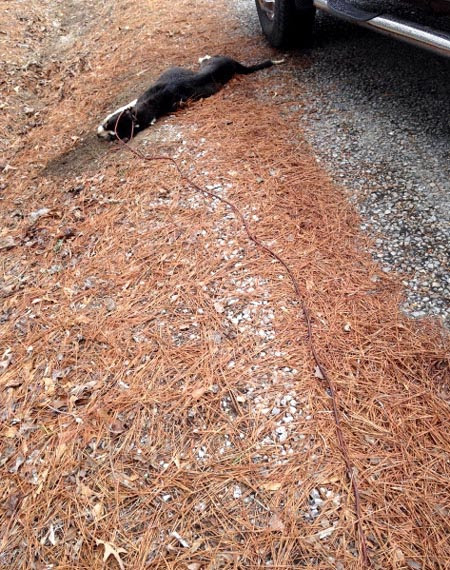 Seven on Your Side spoke with Greg Mcraney after he got a call early Saturday morning about a dead dog on the side of Oil Well Road.

"They said they saw a dog that appeared to have a cable around it's neck," said Mcraney.  "I drove over and found the dog, it was laying beside the road." 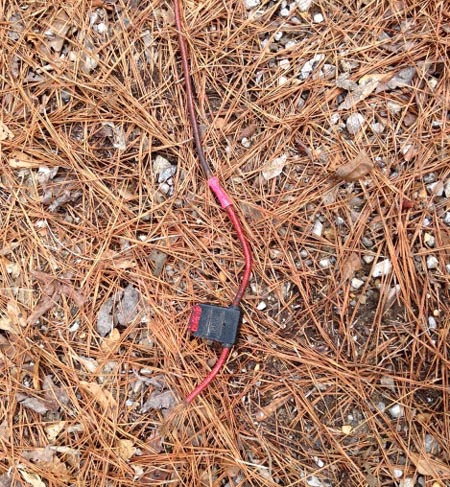 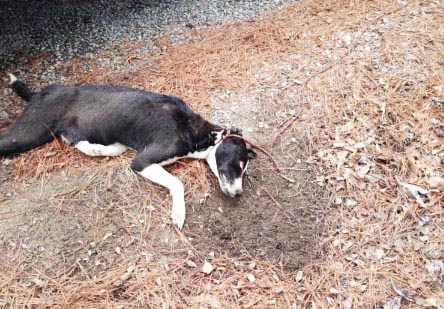 "Pretty upset and disgusted by it," said Mcraney.  "I would like to see someone get charged for things like this." 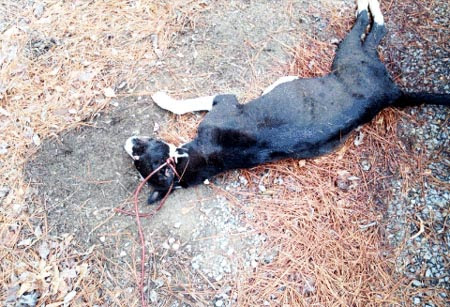 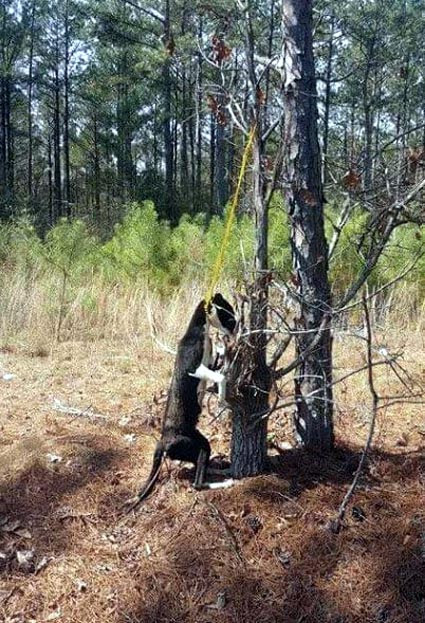 A deputy with the Covington County Sheriff's Office returned to the scene Monday, after another report that someone had tied a yellow rope around the same dog and hung it from a tree.

An investigator said they have been unsuccessful in finding the animal's owner and do not know if it was a pet or a stray.  Investigators are actively interviewing neighbors to try to track down the person responsible.

"Cruelty is definitely an issue in our area. From seeing dogs tied outside with no shelter, to fighting dogs," said Mcraney.  "Dogs out on the side of the road is a pretty common occurrence. I see that everyday going back and forth to work." 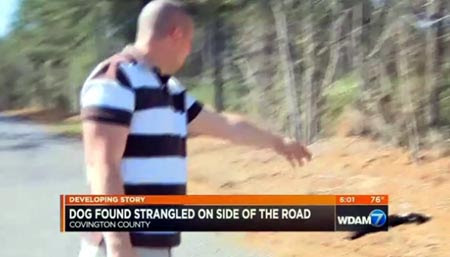 Under current Mississippi law, neglecting an animal has a maximum punishment of up to a $1000 fine and six months in jail.

Mcraney said he doesn't think people are scared of getting in trouble for abusing animals.  "People are not scared, people are not reporting it and things aren't getting done," said Mcraney.

If you have any information about this incident that could lead to an arrest, please contact the Covington County Sheriff's Office at (601)765-8281.