UNITED KINGDOM -- A toddler who was mauled by a dog as she played in a park with her sister has been named.

Victoria Resetnjova was picked up by her head and savaged by what is thought to be a pit bull cross.

She had been playing in Jenkins Dale, Chatham, with her 14-year-old sister Kristina when the dog, which was on a lead, broke free and went for her at around 4pm yesterday. 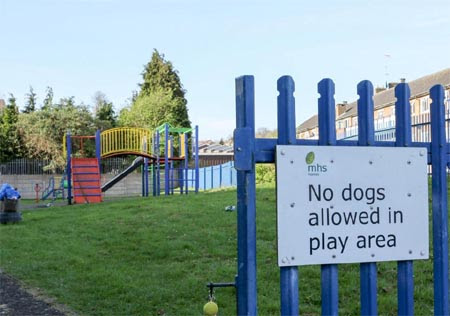 The animal was then seen being "calmly" led away with blood all over its body by a teenage girl and chained to railings before police marksmen shot it twice in the head.

Six other children, who were also playing in the park, tried to wrestle the 18-month-old from the jaws of the vicious beast.

Victoria's parents, Sergei and Valentina Resetnjova, are thought to be in London at her bedside. She is now said to be in a stable condition.

Police were called to the park following reports of an out of control dog just moments before it badly bit the toddler, it has been confirmed.

It happened just a day after the same animal reportedly launched itself at a small boy.

Local patrols were scrambled following this call and, as they were getting ready to attend, the report of a child being injured was received.

The horrified youngsters, aged between eight and 12, were reportedly left "covered in blood" after witnessing the mauling yesterday evening.

The attack happened in a play park in Jenkins Dale, Chatham, at around 5.30pm, after the dog reportedly leapt over a fence.

The young girl was flown to a London hospital with critical head injuries. Police today described her injuries as "very serious" but no longer life-threatening.

The animal, described as a pit bull-type dog, was shot dead by armed police who shouted at crowds to "stand back" before firing twice.

A man and a teenager, both from Chatham, were arrested under the Dangerous Dogs Act and remain in custody. 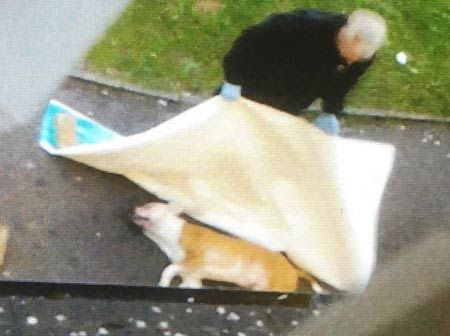 Today, a woman from Chatham was arrested in connection with the attack. Police say enquiries are ongoing to establish the breed of the dog.

A police spokesman said they were called at 5.10pm to reports a dog was pulling its handler around a park.

He said: "The caller stated the dog was on a lead. There was no information during this call that the dog was behaving aggressively or was of a dangerous breed as described under the Dangerous Dogs Act."

Neighbours are still reeling from the shocking events.

The 31-year-old explained: "The day before, it happened to my son; it jumped on top of him. Lucky that the person was there and grabbed him off him. I picked him up but he got marks on him - he scratched his leg - but the little girl, it ripped holes in her head.

"It's a bit sad really; very sad. I've been awake all night thinking about it and it makes me upset, because it could have been him. It happened all so fast. I said that day to my brother that dog will end up hurting someone, and an hour later it happened."

Describing the moment tragedy struck yesterday, she said: "I was sitting at my back door in my living room, and I heard screaming. I just ignored it. It didn't quite make sense so I'd gone out to the balcony, and I saw the girl carrying the little girl from that end of the park and I see all blood running down her head."

A photo has since been published of the dead dog being covered by a blanket.

One witness told MailOnline: "It was absolutely horrific and there were about six children aged eight to twelve covered in blood who witnessed it all."

Alisha Robinson, who saw the girl receiving first aid, added: "They were trying to keep her alive. You couldn't see her face, she was covered in blood.

"Then her mum came up screaming, that did it for me, I wanted to cry."

He described the dog as "crazy, aggressive and very strong".

Cornelius White, who lives in nearby Charter Street, said: "I saw the police out here yesterday but I didn't know what was going on. I saw the flashing car going round the corner.

"When I heard on the news this morning I couldn't believe it. It sounds horrible and the child sounds like they're really in trouble. Everyone in the area is really shocked." 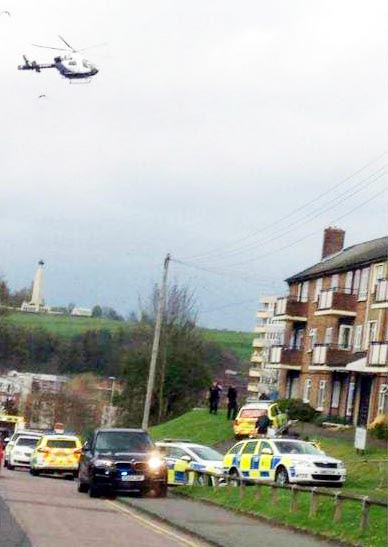 A woman who did not wish to be named, added: "The road was all blocked off by police when I came home. I've lived here for 20 years and I've never known anything like it. It's upset everybody."

Ward councillor Vince Maple said: "Firstly all our thoughts are with the young girl who is currently in hospital along with her family.

"Our thanks also go to the emergency services for the way this situation was dealt with yesterday and the continuing support.  I am also grateful for the housing association MHS acting swiftly.

"Clearly, as this is an ongoing investigation, it is not appropriate to comment further on the specific circumstances but there are clearly urgent questions to be looked into regarding dangerous dogs in our community."