Washington: Boy, 3, loses his arm after being mauled by 'WOLF hybrids' his family have been breeding

WASHINGTON -- A three-year-old boy from Washington state had one of his arms amputated after he was severely mauled by wolf-dog hybrids his family have been breeding.

The toddler was viciously attacked by the animals when he walked into the yard of his family's home in Olympia on Monday afternoon and stuck his hand into one of the kennels, Thurston County Sheriff's Office said. 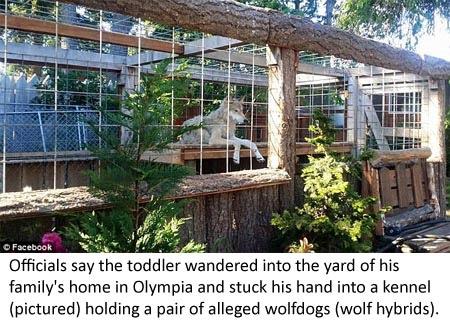 At least one of the canines bit the child on the hand and forearm, according to officials.

The boy's mother, who was inside the house but unaware that her son had gone outside, then called 911.

Deputies responded to the property and found the young boy suffering from serious injuries. 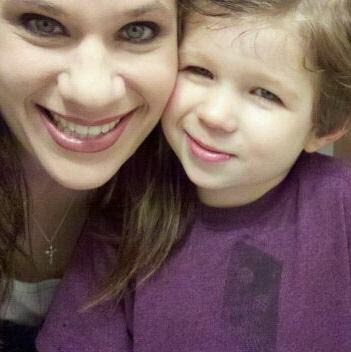 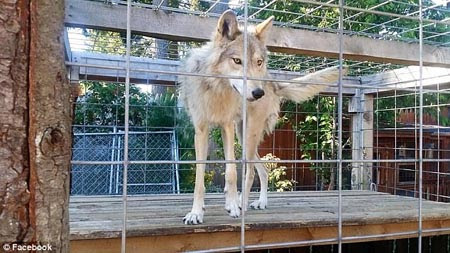 The victim was then airlifted to Harborview Medical Center in Seattle, where he underwent a traumatic arm amputation and was listed in stable condition.

On Wednesday morning he was listed in a stable condition, according to Q13Fox. 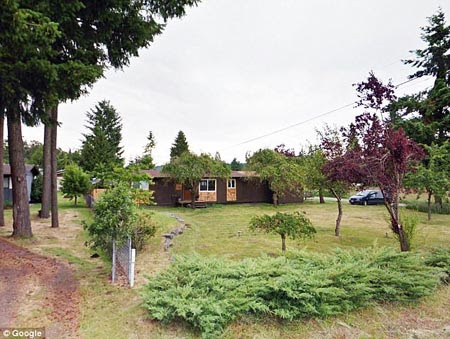 Thurston County Animal Services and the state Department of Fish and Wildlife responded to the home and took away the family's two suspected wolf hybrids.

This is not the first time that one of the family’s wolfdogs has attacked someone.

In 2013, the station KIRO7 reported that a 140-pound wolf-dog hybrid named Lakota jumped a fence on the property and attacked a German Shepherd that also lived with the family. 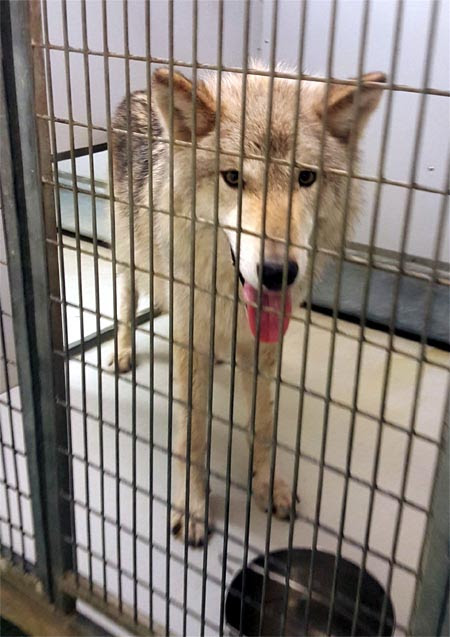 'I wouldn't say it's a danger to the community. I would say animals are animals and they just need to be contained a little better,' he told the station after Lakota's capture.

In the wake of the incident, the canine narrowly avoided being euthanized and was later resettled at Wolf Haven International, reported the Seattle Times. 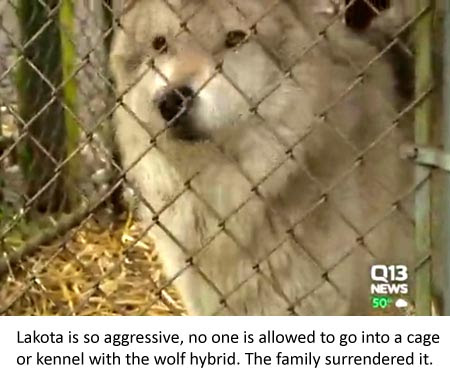 Officials at the sanctuary said Lakota is so aggressive that they do not allow anyone in his pen.

Under Washington state law, private citizens are allowed to keep and even breed wolf-dog hybrids with up to 98 per cent wolf DNA, but not purebred wolves.

According to officials at the Tenino-based wolf sanctuary, DNA tests showed that Lakota and other canines Rich Mircale's family had used in the past for breeding purposes were 100 per cent wolves. 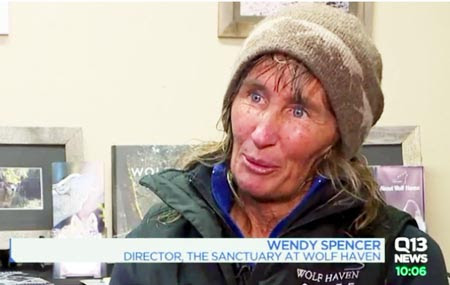 It is unclear whether the two animals linked to Monday’s mauling were full wolves or hybrids.

Diane Gallegos, executive director at Wolf Haven International, told Q13Fox the sanctuary is currently caring for three of Miracle's wolfdogs, and according to her, two of them are purebred wolves. 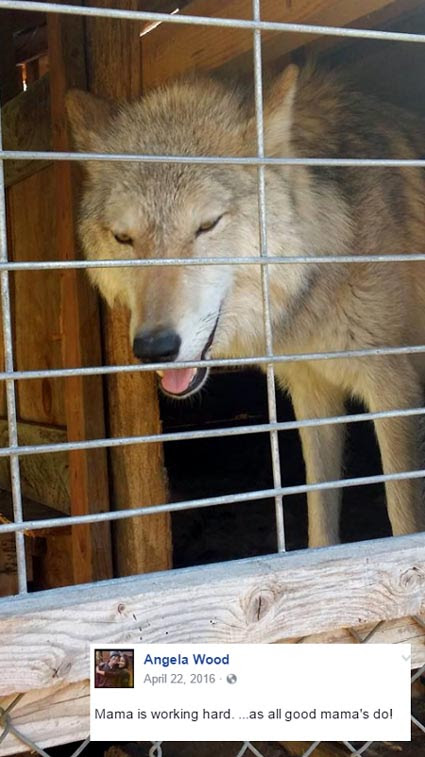 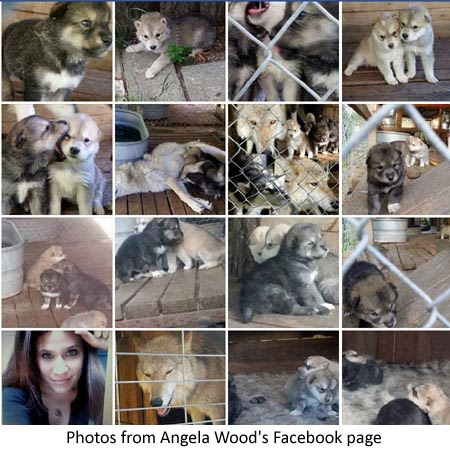 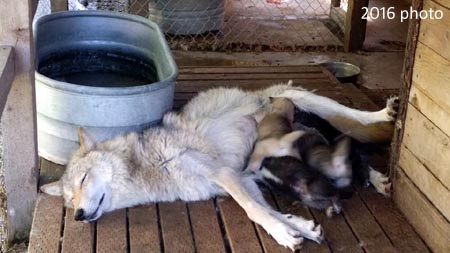 Gallegos said she and her associates have been trying to stop the Olympia family from breeding wolfdogs for years without success.

‘It was a time-bomb waiting to happen,’ said Wendy Spencer, who runs the wolf rescue.

If it is determined that they are purebred wolves, the animals will not be returned to their owners. 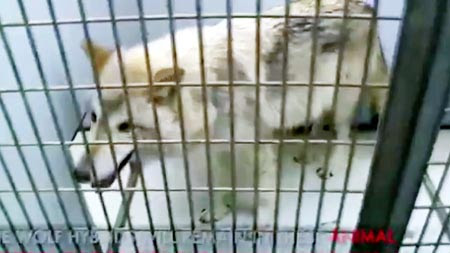 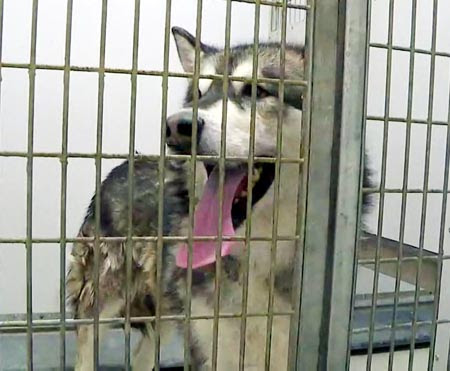 “A lot of times what happens, people think they are going to get the best of both worlds but often they end up with the worst traits, they end up with a predator who is not afraid of humans and that is a really dangerous combination,” said Wendy Spencer, who runs the sanctuary at Wolf Haven International.

Besides breeding wolf hybrids for sale, the family own a construction business specializing in tiny houses. 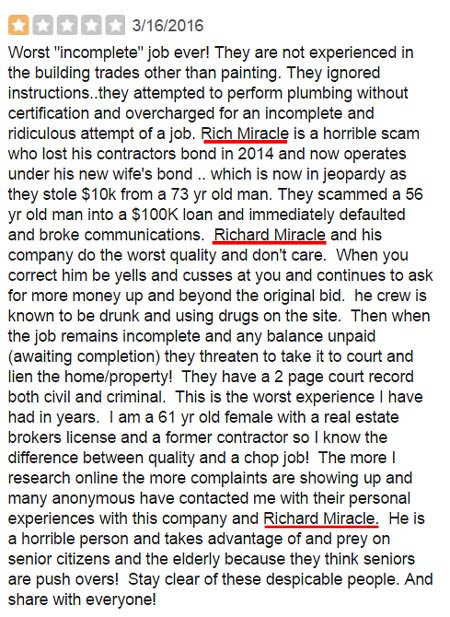 TWO MONTHS AGO THEY STARTED A FUNDRAISER ASKING FOR $10,000 IN DONATIONS 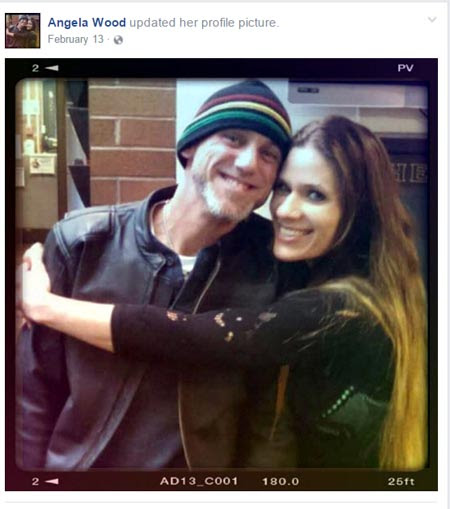 Richard Miracle and Angela Wood (MiracleWood) from Olympia, WA are absorbing over $100,000 of damages caused by a fire that occurred in the early morning hours of Feb. 6th, 2017.  This family desperately needs your help!  The family’s income stems from Richard’s work as a contractor, and Angela’s work as a Special Education teacher.  They also raise German Shepherds and Wolf hybrids to supplement their income substantially.  Unfortunately, Richard’s work shop and kennel area engulfed in flames, causing them to lose all of their work tools, and building resources (for construction). The Thurston County Fire department suspects ARSON, as the cause of fire, which is devastating, because Richard’s tools of the trade were destroyed and their only female German shepherd family dog, along with her litter of 9 died in the fire.  The family is without any type of insurance that would help to offset this financial and emotional loss.  Richard is unable to earn an income without his tools. 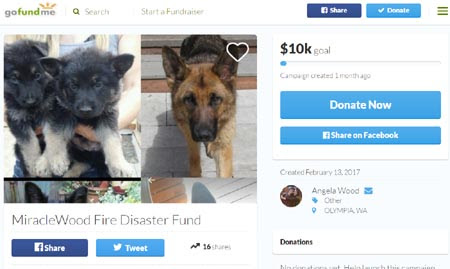 Richard Miracle, a long-time tiny home contractor well known throughout Thurston County, lost an estimated $80,000 worth of tools, artwork, building materials and an additional $20,000 in livestock (AKC registered Czech German Shepherds).  The shop/kennel building, itself had been built by him over the last 5 years using scrap/recycled materials from jobsites. The shop was utilized to store tools, provide custom work for customers, paint, repair, and build for a variety of jobsites.  Richard is unable to work within his occupational trade, due to this horrific loss.  The family would like to replace tools such as: basic hand tools, drills, tile saws, saws, blowers, table saws, generators, paint, fixtures etc.

The MiracleWood family also supplemented their income by raising AKC Czech German Shepherds, and Wolf Hybrids.  When the shop/kennel caught fire, the family’s dog and her litter of 9 pups lost their lives.  Each puppy was a potential income ranging from $1500-$2000 each.  But worse than that, the family dog (Mama Meeka) died trying to shelter her pups.  This was especially traumatic for Angela who had the strongest bond with Meeka.  The fire was put out before it reached the Wolf Hybrid mama and her 7 pups, which is a blessing.

Thousands of dollars (in dump fees alone) is needed just to dispose of damaged items caused by the fire.  The family would like to replace basic tools so that Richard may continue with his occupational trade.  They would also like to rebuild the kennel area, so that future dogs can be protected from the outside elements.  They would like to invest in a camera security system to prevent things like this happening in the future, since the fire department believes the fire started due to arson.

Please consider a donation to this family so that they may begin with the cleanup process, replace tools of the trade, and provide adequate shelter for their wonderful animals.  I have attached pictures of animals that have come from the MiracleWood family, as well as before and after (fire) photos of the property.   Thank-you. 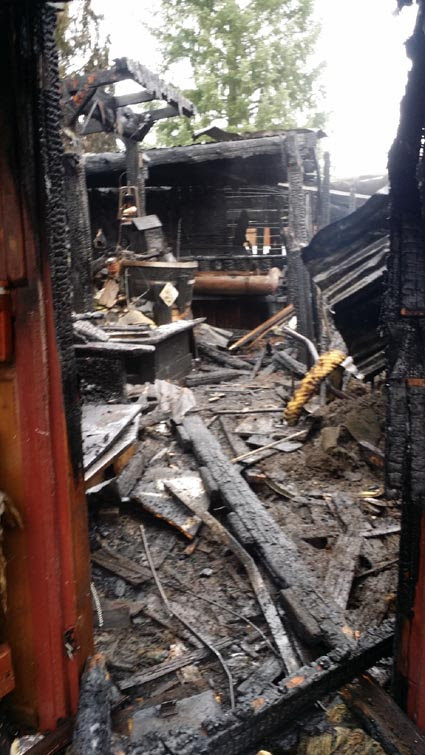 Then there's this weird exchange on his Facebook page: 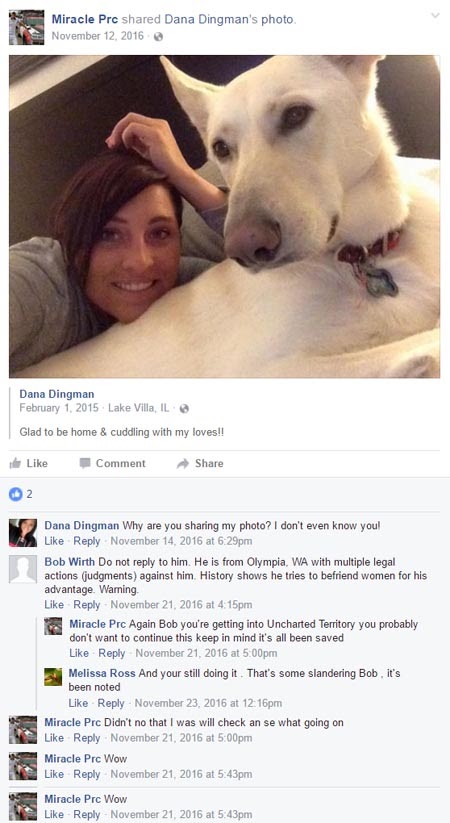