(May 2017) North Carolina: Woman, 66, recounts savage attack by her neighbor Jeannette Ortiz's Pit Bulls, one of which had attacked people TWICE before

NORTH CAROLINA -- A Fayetteville woman is recovering after being attacked by two unvaccinated pit bulls on Sunday night.

Around 6:30 p.m., police were called to the 5000 block of Higgins Street after reports of a dog attack. 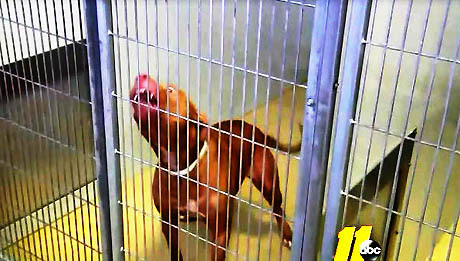 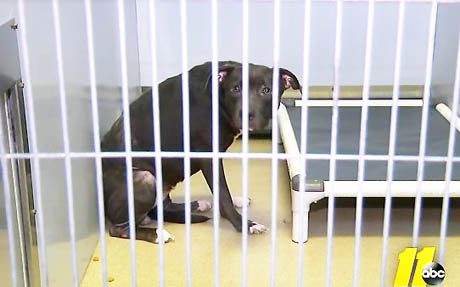 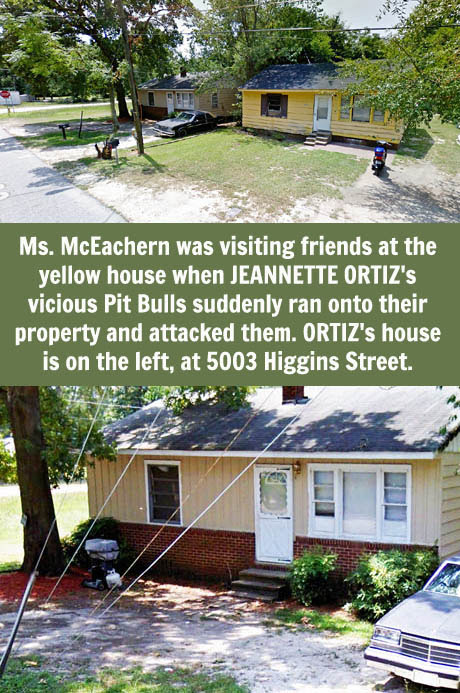 Amanda Bellamy Mceachern, 66, told Animal Control officers that she was in her backyard at a gathering when two pit bulls ran toward her after exiting her neighbor's front door.

"She was hollering, and I was trying to get him off me, but he would not turn me loose," Mceachern said. "And then one of them was poking him with a mop stick." 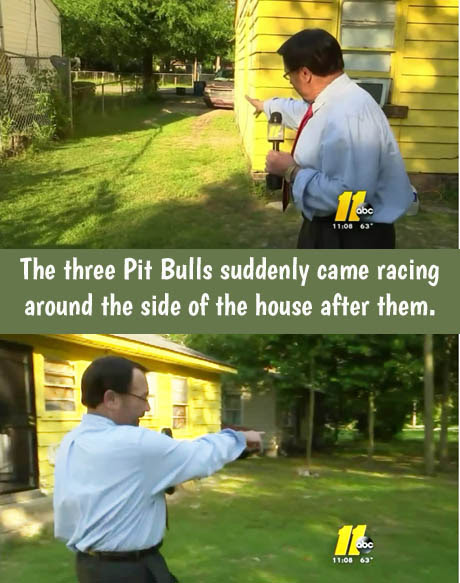 Police said one dog lunged and bit her arm, causing her to black out.

Mceachern said that before she fainted, she remembered both dogs being on top of her.

She was bitten several times on her leg, arms and hips.

"Oh Lord, Jesus," Mceachern recalled. "Ain't nothing I could do" 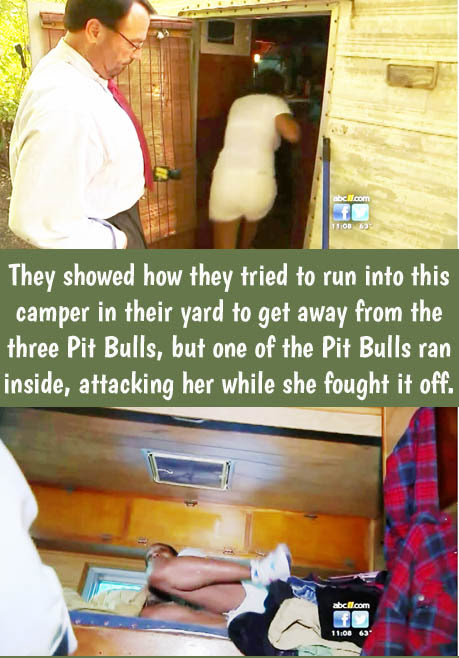 The two dogs, Ace and Princess, were impounded by Animal Control. Authorities said this was the third ATTACK incident for Ace.

Police said a third dog was running around but was not involved in the attack.

"He is real vicious," said Darlene New. "He don't come outside."

New said several friends were in her back yard Sunday when the neighbor yelled that her three dogs had bolted out the front door. 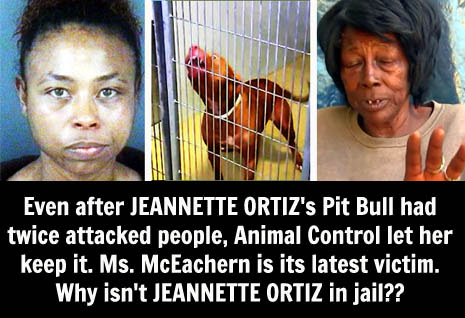 Jeannette Ortiz, the owner of the dogs, received a dangerous dog investigation notice and was cited for not having current rabies vaccinations for two of the three dogs, no pet privilege licenses for two dogs, and three counts of dogs running at large.

ABC11 went to Ortiz's home but no one answered the door. 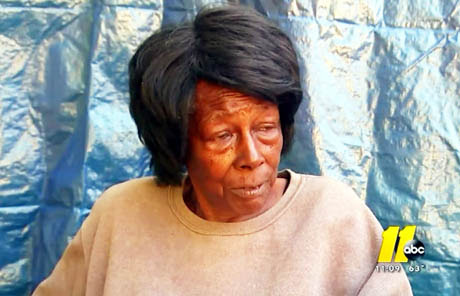 Animal Control also cited Ortiz for two instances each of violating Section 3-81(e) of the county's Animal Control Ordinance, which sets the "penalty for a dog biting a human causing injury which requires professional medical or hospital treatment shall be $500.00 for the first offense." 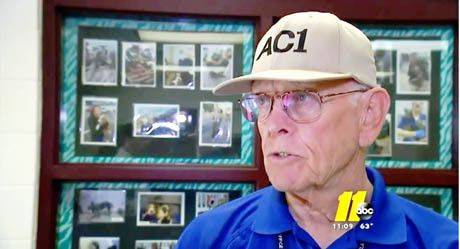 Animal Control Director Dr. John Lauby said Tuesday he would not issue a dangerous dog permit for the two dogs that attacked Mceachern and said they will be euthanized once the rabies quarantine period of 10 days is complete.

"This is a savage mauling and our thoughts and prayers are with the victim and her family," Lauby said.

Mceachern was transported to Cape Fear Valley Hospital after sustaining dog bites to her right arm and left leg. She was released from the hospital later that evening. 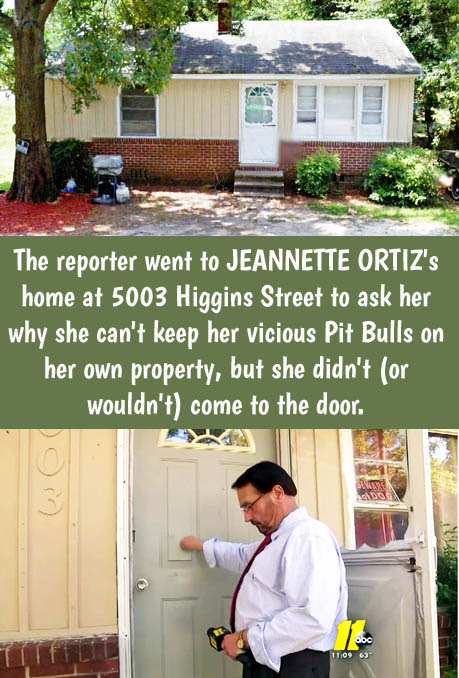 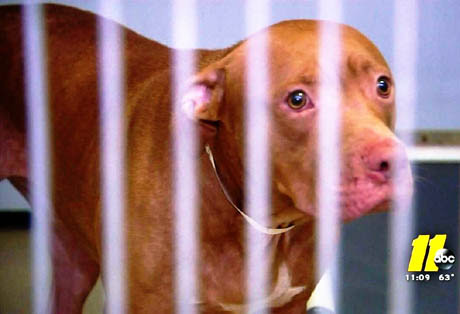 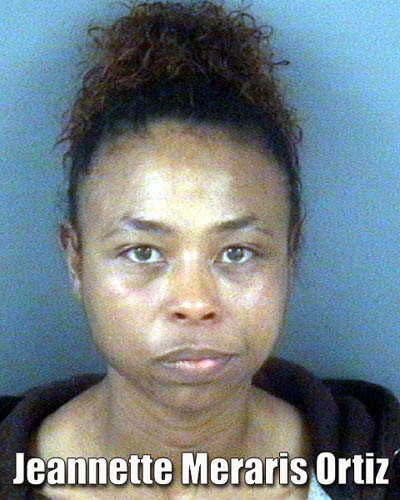