Ohio: Woman being chased by Pit Bull runs inside police station. Pit Bull follows her, trying to attack everyone so police shoot it

OHIO -- The Columbus Division of Police says officers shot and injured a Pit Bull Friday after the dog got into a police substation.

The Pit Bull, was trying to bite officers, and according to police the officers discharged their weapons to defend themselves. 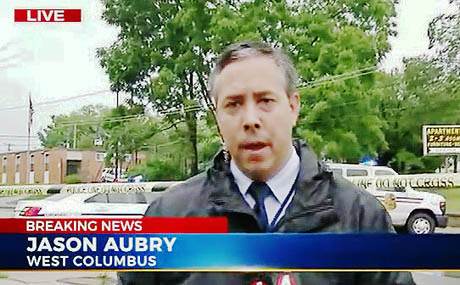 The dog was shot around 4:15pm and had to be euthanized, according to the director of the Franklin County Dog Shelter.

Police originally said the dog had died, but clarified around 8:45pm that the dog had not died. 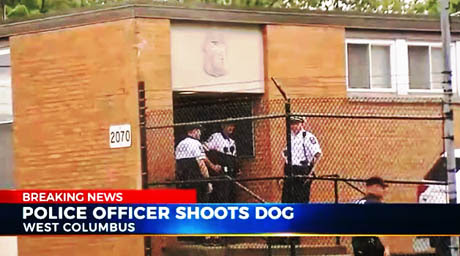 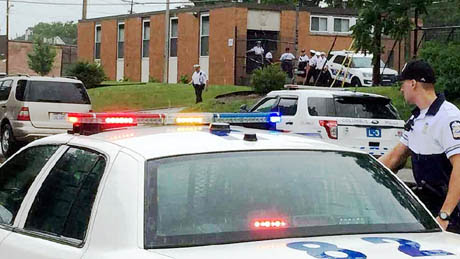 Animal control has determined that the dog was microchipped, and will work to identify the owners who could potentially be facing citations for the dog being at large.

No humans were harmed in this incident.

Sullivant Avenue is currently closed between Wrexham and Belvedere Avenue.

Police told NBC4 a woman, her boyfriend, and her son were trying to buy a car at a dealership nearby. They could not decide what to buy and began walking down the alley. A man approached them and they felt threatened, so they ran.

He allegedly chased them to the corner, where he took a single shot at them.That bullet casing has been recovered as part of evidence. 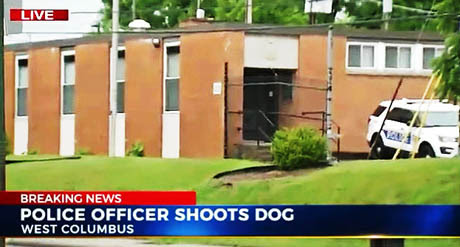 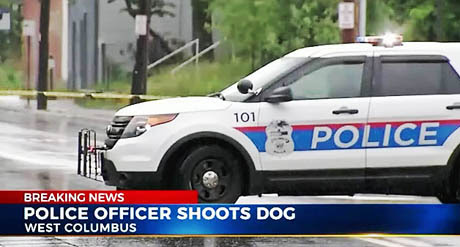 The woman ran for the police substation and a neighborhood dog started to chase her.

When she got to the substation and the officers open the door the dog ran inside, and started trying to bite the officers.

That’s when police say they shot the dog.

The man who shot at the trio still at large. He was described as a black male driving a black SUV.