Pennsylvania: After a loose Pit Bull jumps into a minivan and mauls two children, ages 2 and 5, while they're strapped into their car seats, Jason Haner asks if they provoked the dog and then blames their mother. Kevin Sterner chimes in to say " Just because they were in a car seat doesn't mean anything"

"Police say pit bull is in kennel at owner’s home. The dog will stay in quarantine until 6/30 & the owner has agreed to euthanize the dog.

This simple post began a comment thread involving Jason Haner and Kevin Sterner who manage to put the blame on not just a 2-year-old and 5-year-old strapped in their car seats, but also their mother for not shutting the minivan's door before this random, loose Pit Bull jumped inside and began mauling the children.

Kevin also says that just because the little kids were strapped into their cars seats doesn't mean they didn't "provoke" the Pit Bull into breaking down a fence, getting loose, running over and attacking them.

And, oh yeah, Jason tells us he know someone who has a Pit Bull and it's "never attacked anyone".

Well OK, then... clearly Jason missed my numerous posts of people who've been mauled by their Pitties or their children have been mauled by their wigglebutt who claimed to have raised it from a puppy with love inside the house with other pets and children climbing all over it, but for some reason it decided to kill them one day. Do I need to post these links again? I guess so (see bottom).

Jason Haner - Did the dog just attack them or were they tormenting it?

Lauren Marie - Well the 2 kids were secured In car seats in a van so I'm guessing they weren't tormenting it.

Kevin Sterner - Just because they were in a car seat doesn't mean anything. Kids can be punks these days in or out of a car seat. Exactly why I have video camera up of my property. Already had kids tormenting my dogs from my yard and blaming the dog for coming after it

Sara Zilm - Are you an idiot or just real stupid?

Zilly Zilm - Yes I agree. He must be a special kind of stupid 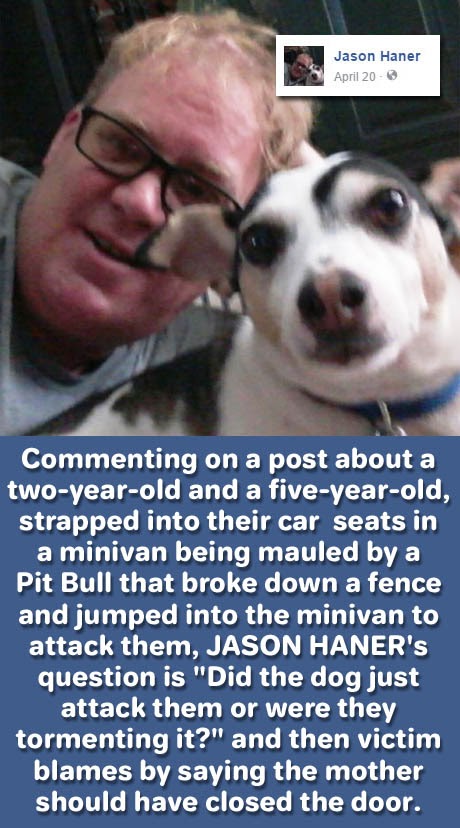 Jason Haner Actually,kids do torment dogs around here.I was just wondering if they werent telling the whole story.Sounds kind of strange that a dog would just somehow jump into a van and attack kids for no reason.

Sara Zilm - Jason Haner pitbulls do that type of thing.

Kevin Sterner - You'll never know how amazing it is to own a pitbull unless you have one. Pitbull isn't the problem it's the owners of the dogs.

Jason Haner - My friends have them,they were treated well since they were pups and they never attacked anyone.

Nicolle Hartman Bender - The kids were strapped in their car seats. They are 2 and 5. They were being kids. The dog broke through a fence and jumped in their minivan. This was no ones fault but the dog.

Jason Haner - Where was the mother?? couldnt she have closed the door before the dog even got to the van?

Lori Janusky - Jason why was the dog loose ? couldn't the owner get it before it mauled these children? Nice victim blaming. 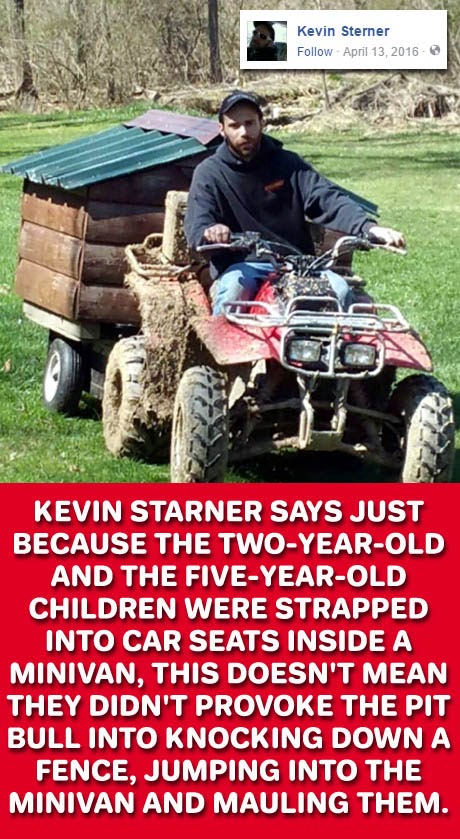 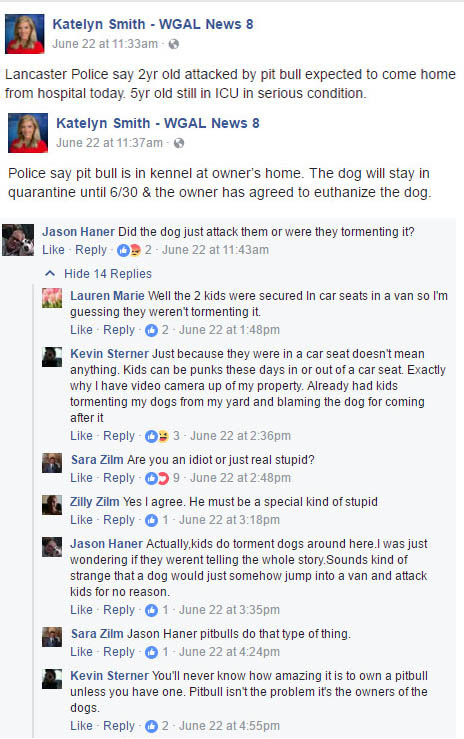 Just for Kevin, because he doesn't believe a Pit Bull will attack for "no reason", here are some links that show that this is their M.O. They do attack and owners, including children, are left horribly injured and wondering why their beloved dog attacked them: 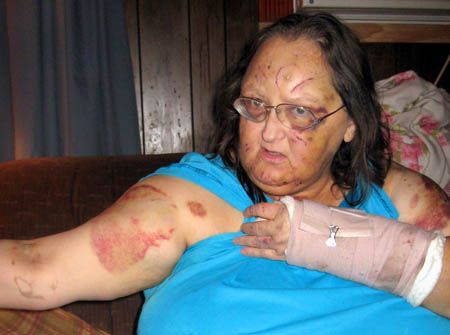 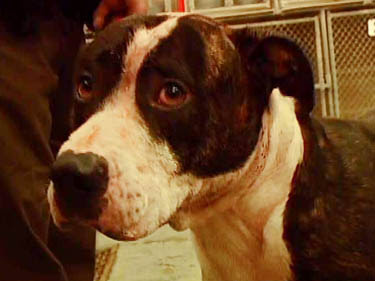 Ohio: "That was my baby. I loved him" says woman
attacked by her beloved Pit Bull mix named Brutus 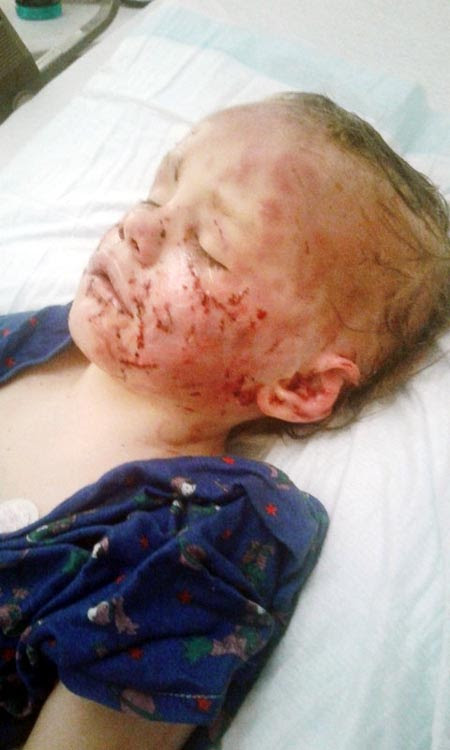 Georgia: “My kids have grown up with them. They’ve never
done anything like this" says mother of little girl mauled
by the family's pit bulls 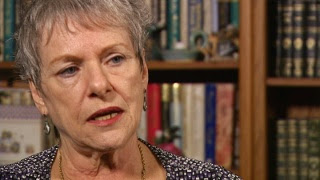 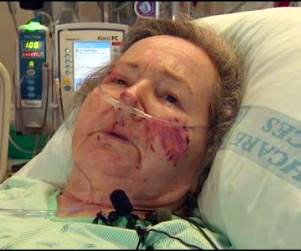 "It depends on how they're raised... I think I raised them
properly" says owner of pit bulls which mauled his grandmother 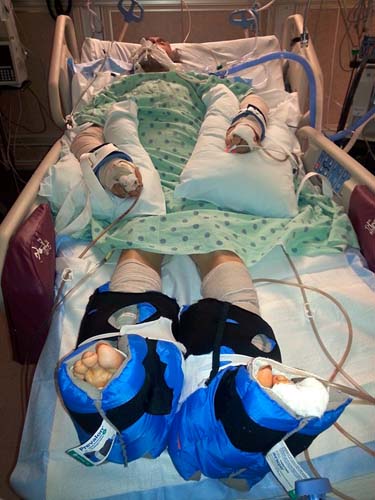 Tennessee: Family wonders why their beloved
pit bull, raised from a puppy, tried to kill its owners 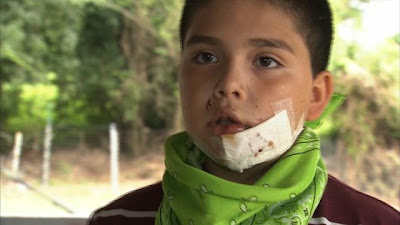 10-year-old mauled by family Pit Bull. "I cried,"
Jeremy said. "He was my best friend." 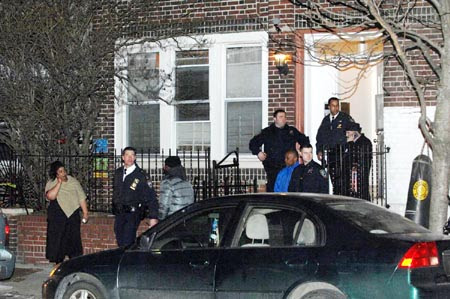 New York: “The dogs are usually so friendly and great with
the kids". Brooklyn Boy, 5, Is Critically Wounded in Pit Bull Attack 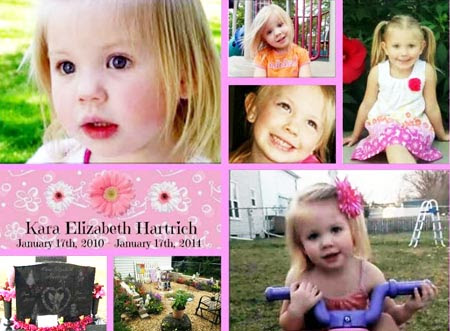 Illinois: Three years ago, Kara Hartrich, 4, was attacked
and killed by her family's pit bulls. Pit bulls she
had helped choose as puppies. 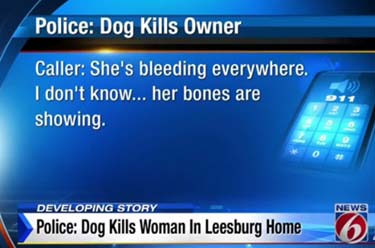 Florida: Home, where Sondra Tyson was mauled to death
by her own pet pit bull, is torn down. Nothing could be
found in a subsequent necropsy report to indicate why
the dog attacked the woman, an animal she had
raised since it was a puppy. 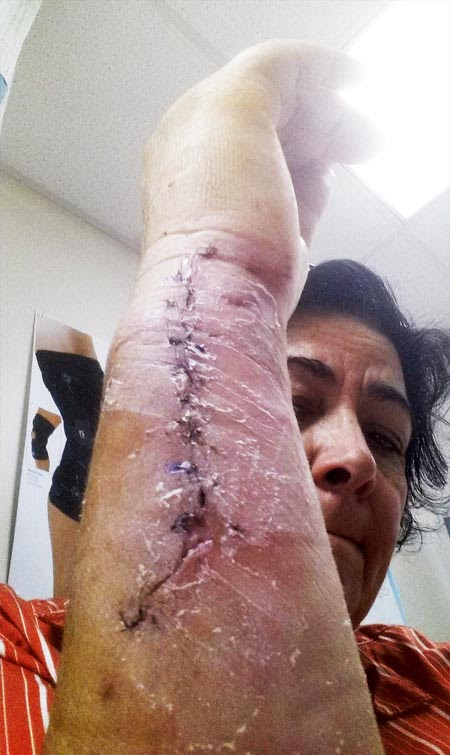 Florida: Woman keeps getting attacked by her own
pit bulls, but insists the attacks are always her fault 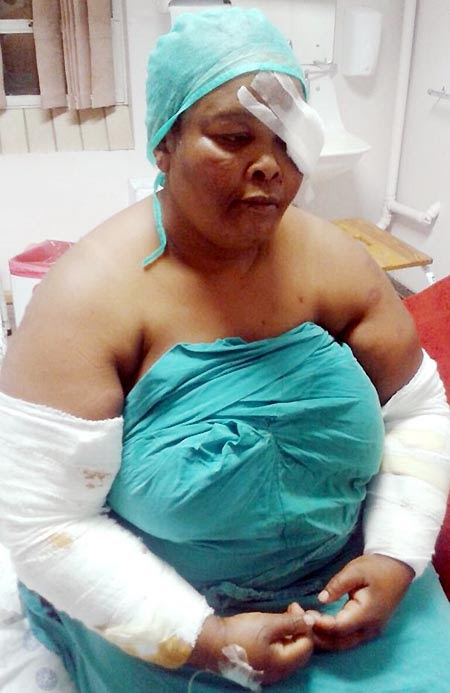 South Africa: "My dogs loved me. They would jump with
joy as I entered the yard”. Woman who'd adopted two
pit bulls five years ago is nearly killed by them 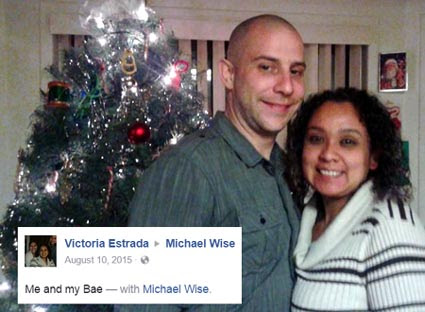 Arizona: Woman asks for prayers after her
son-in-law is attacked by his pet pit bull 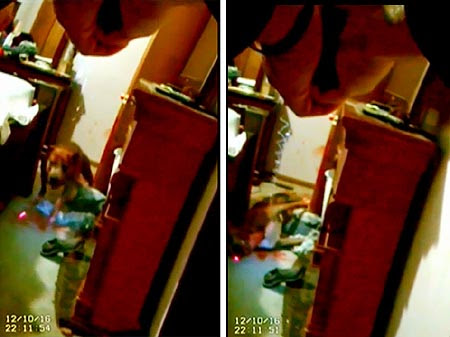 Ohio: Man begs police officers to shoot his pit bull, which won't
stop attacking him. In the video, you can hear a woman saying
she can't believe the dog did this, that it's never acted like this before. 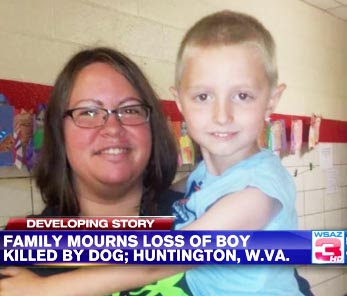 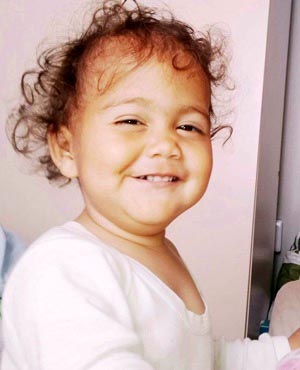 Faith Hendricks, 1, killed by Bruno, the pit
bull the family had had since it was a puppy 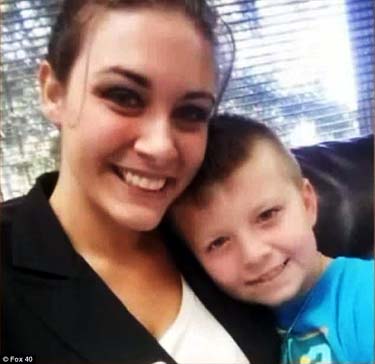 California: Nine-year-old boy mauled to death by
his sister's pit bulls which she had raised from puppies 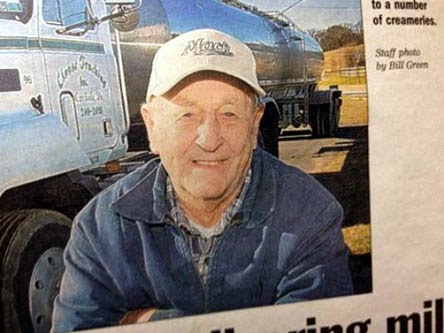 Maryland: Eugene "Smittie" Smith told co-workers
at Clouse trucking that he often slept with the 84-lb
neutered male pit bull that ended up mauling him to death 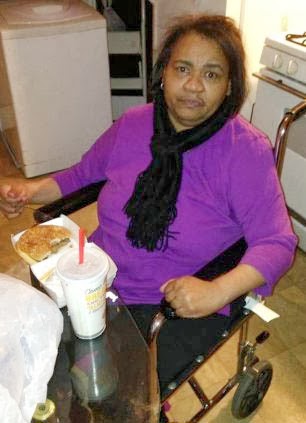 Maryland: Woman who "loved that
dog unconditionally" killed by her pit bull 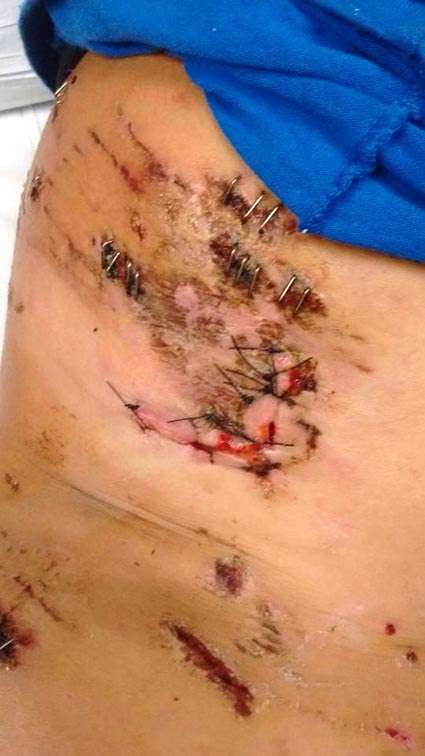 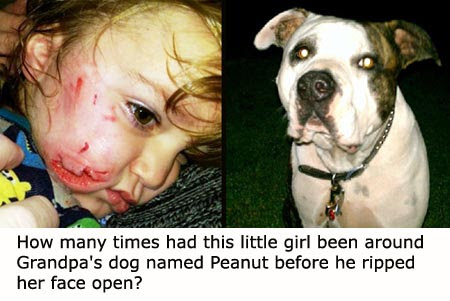 Pennsylvania: Little girl attacked in the face by her grandpa's pit bull

HOW MANY MORE EXAMPLES DO YOU NEED?