United Kingdom: Horrified mother, 60, 'fainted' after she watched two Alsatians named after the Kray twins escape from a van and tear her beloved Lhasa Apso apart 'like a chew toy'

UNITED KINGDOM -- A heartbroken dog owner has revealed how she was forced to watch as two Alsatians (German Shepherds) jumped out of a parked van before mauling her beloved pet to death.

Jacqueline Hunt was taking her two-year-old dog Dave to a grooming parlor in Gorton, Manchester on Saturday when he was attacked by the dogs.

The 60-year-old claims the pair, named Ronnie and Reggie, used her Lhasa Apso as a 'chew toy' and only stopped when she and passers-by kicked and screamed at them. 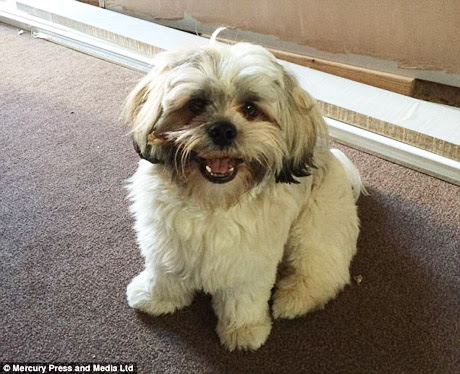 When the owner of the Alsatians returned from a nearby bookmakers, Ms Hunt claims he told eyewitnesses to 'mind their own business'.

Ms Hunt said: 'It is absolutely terrible. I keep thinking what have I or my dog done to deserve this. It is so distressing.

'The way it happened was horrendous. I saw everything. I can't take it out of my head. I collapsed. It was enough trauma to put me out. It was shocking. As I drove up to the dog parlor, I saw two Alsatians but I just thought if they were running about they would have someone with them. 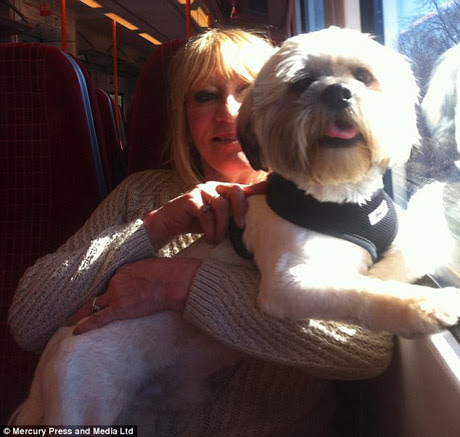 'I started walking to the shop and a woman started screaming at me saying "they are going to get your dog" and then the next minute they were on him.
They just ran at him.

'Vehicles stopped, people came up to help. I started panicking, we were trying to get them off him but the dogs wouldn't leave him alone. I was trying to punch the dogs off him.

'They used him as a chew toy. They were off the lead and had no collar to restrain or hold. I couldn't look any more.' 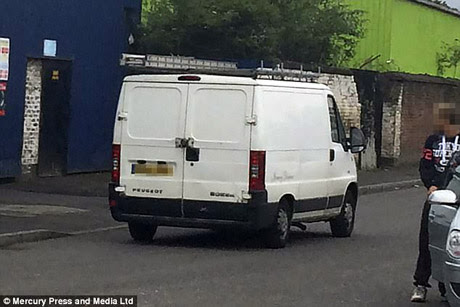 The two dogs jumped out of this van

Ms Hunt claims she has since been told other stories of the Alsatians 'escaping and being violent towards other animals'.

She added: 'I can't believe it. The stunning little creature who was a big part of his surrounding community and loving neighbors was brutally and literally ripped apart.

'People were kicking and screaming at them and nothing would get them off. Dave died in my son's arms after suffering a crushed chest, dislocated spine and nerve damage.

'This isn't the first time they have gotten out and it won't be the last. Something needs to be done. I just want my Dave back.' 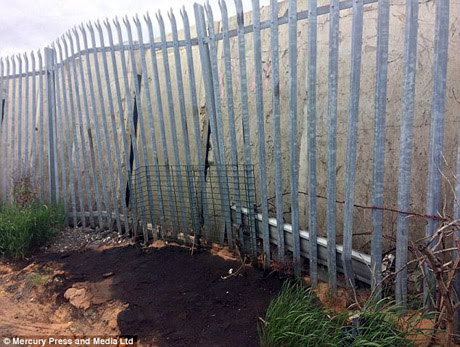 The dogs have gotten out before, through their
fence that the owner haphazardly repaired

After they managed to get Dave away from the dogs he was taken to the vets where he had to be put down.

Ms Hunt said: 'When the people who owned those dogs came back they took them and put them in a van and everybody was running up to them and having a go at them.

'A woman came back to me and said she couldn't believe what she had heard, the owner had said "f**k off and mind your own business".

'Those dogs have done it before. My son went around to the place it happened and took pictures of the fence. It is disgusting. You shouldn't keep dogs in there.

'I haven't lived in that area before so I wasn't aware of how violent those dogs are, but I am now. They are called Ronnie and Reggie. 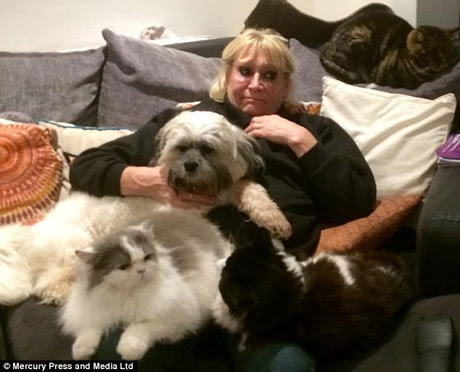 'That little boy of mine was a big part of the community. It was overwhelming to see everybody trying to help us. The support has been amazing.

'We are having a memorial service for him on Sunday. Many people in the area have been distraught. Everybody has been so nice about it. Everybody loved him.

'He was our best friend, he loved kids and he would play out with other dogs on the lawn. When people used to go past they would say hello to him. He was just amazing.'