California: Two dogs die after swimming in San Francisco pond that is infested with toxic algae

Local officials issued a county-wide warning on Friday, and closed at least two bodies of water in the area due to an out break of toxic algae, reported SFGate.

The dogs swam and likely drank the water in a pond off Huichica Creek, according to officials. 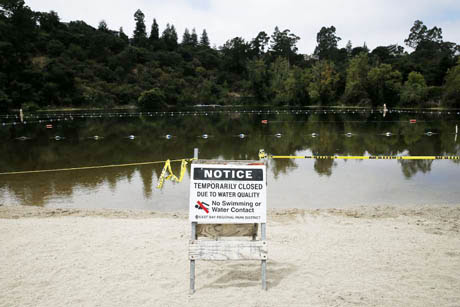 It was the second reported outbreak of dangerous algae in the county in one week, as Oakland's Lake Temescal was closed due to a similar outbreak.

Friday's warning was issued by the county's board of supervisors, and urges swimmers and others to avoid ponds, rivers and streams in the area - as they could be contaminated with the toxic blue-green algae.

There are also signs posted by the bodies of water warning of the danger.

If humans swallow the infected water, the algae poisoning can lead to liver, kidney and nervous system damage. Anyone who is exposed to the toxins are told to acquire immediate medical attention. 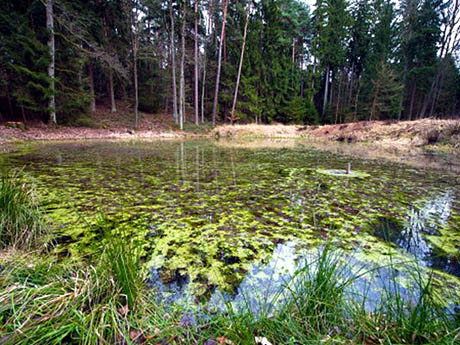 The algae can look blue-green, white or brown, and are caused by still or sitting water with an abundance of nutrients, officials said to SFGate.

Camping filters, purification tablets and boiling temperatures do not make the water safe.