South Africa: Man delivering newspapers is mauled to death by two Pit Bulls he knew and had "played with"

SOUTH AFRICA -- A 57-year-old Cape Flats man has been killed in a savage attack by two pit bulls.

Ironically, the victim was delivering newspapers, which had a front page story about a pit bull attack in another neighbourhood last week. 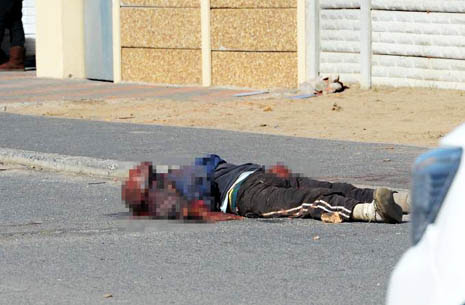 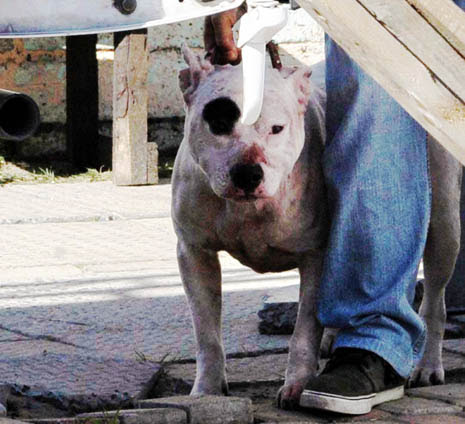 Police and the Cape of Good Hope SPCA were called to Uintjie Street in Kalksteenfontein just after 11am yesterday where they found the bloody body of the man.

Chunks of flesh of the man’s neck and arm were ripped off, and one of his ears were missing.

Neighbours say the man, only identified as Willie from Bonteheuwel, had been delivering the Athlone News when the dogs attacked him.

The paper’s headline was “Dog attack family still in hospital”, about three-year old Emma Murphy and her grandfather Aubrey Murphy, 56, who were attacked by their neighbour’s dogs in Athlone last Tuesday. 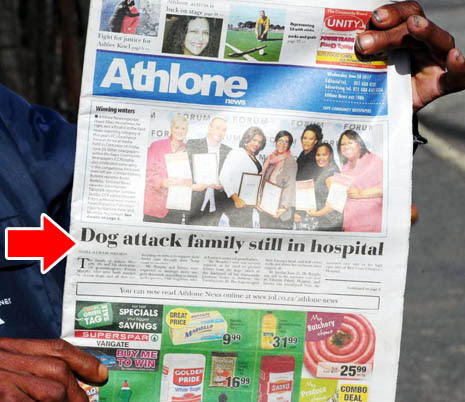 Yesterday, Andy Wareley, the owner of the pit bulls in Uintjie Street, told the Daily Voice his family has had the dogs, Patches and Buster, for three years and is devastated by the man’s death.

Andy says he was not at home but his wife, who was ill in bed with flu, and his 10-year-old daughter were.

His daughter was busy cleaning and had placed the dogs in the front yard.

He claims his daughter had warned Willie not to enter the yard, but he insisted.

“My dogs are normally at the back, but when there is cleaning being done, they are placed in front,” explains Andy.

“The man was at the gate and my daughter told him to please not come inside. 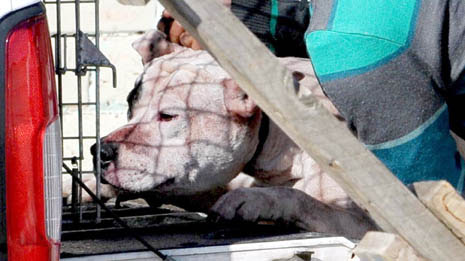 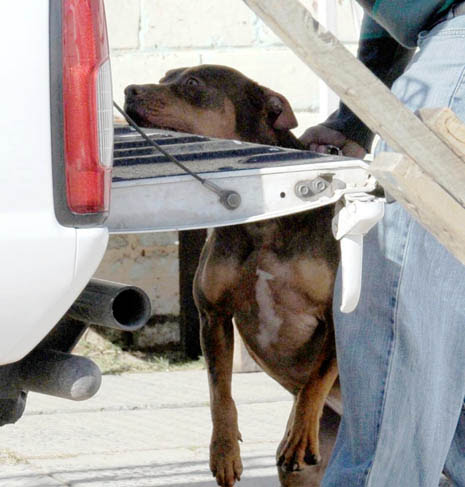 “He had said he knows the dogs and came inside and played with Patches.

“I think the dogs heard my daughter telling him to leave and must have become protective, or the other dog might have become jealous.

“When my wife came outside, she saw the dogs were already on top of the man.

“He ran out and fell outside of the property.

“My dogs have been taken by the SPCA and I am very sad to lose the dogs.”

Notice no words of apology for the dead man lying in the street, who'd had chunks of flesh and body parts ripped off while being mauled to death by their two Pit Bulls. 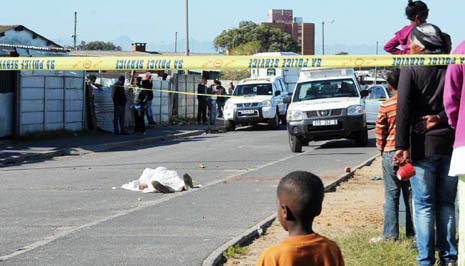 Willie’s family was at the scene, but didn’t want to comment.

A neighbour, who only identified himself as Wally, says he arrived on the scene shortly after the attack and helped put Patches back in the yard.

“They say the man opened the gate and walked inside and the dogs pulled him into the yard. I picked up the one dog, the big white one, Patches, and I took him back home.” 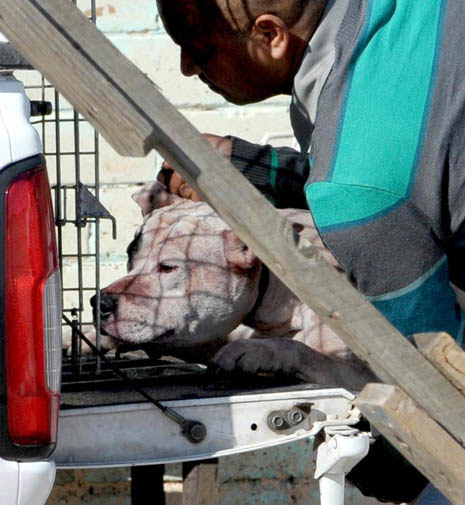 Belinda Abraham, of the SPCA, says the inspector was called to the scene.

Police spokesperson Lieutenant-Colonel André Traut confirms the incident and says an inquest docket has been opened for further investigation.