South Dakota: Janell Gibson pleaded guilty to 20 counts of animal cruelty; her 76 animals are now learning to adjust in their new world

SOUTH DAK0TA -- Dani Banks brought home two dogs last week that didn’t know what tile was. When she turned on the vacuum cleaner, the dogs cowered in fear. Midnight, a black poodle, froze when the TV turned on.

Thus began Banks' work to help them learn how to live outside of a crate.

Banks’ dogs, Squirt and Midnight, were among 76 animals rescued from Doodles to Love, an animal breeding facility near Creighton, in late December. 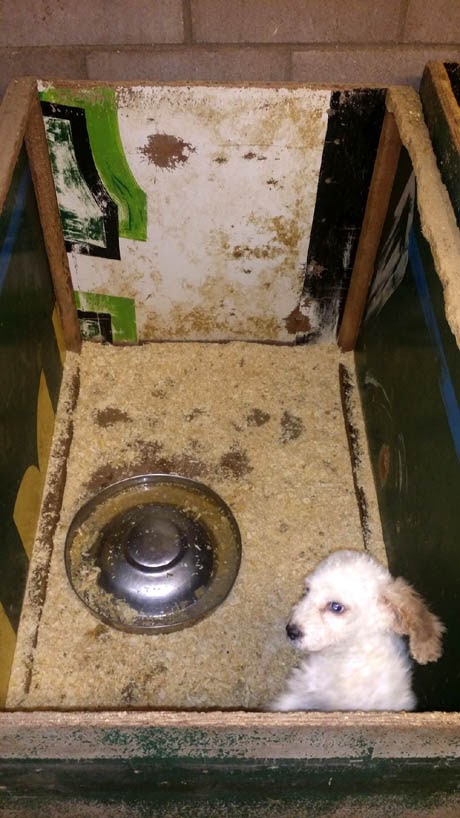 Dressler’s report and another one from Deputy Jacob Tweeten tell of the horrors they witnesses:
The owner, Janell Gibson, who ran a Goldendoodle and Labradoodle breeding business called "Doodles to Love" in Creighton (near Wall, South Dakota), recently pleaded guilty to 20 counts of animal neglect. 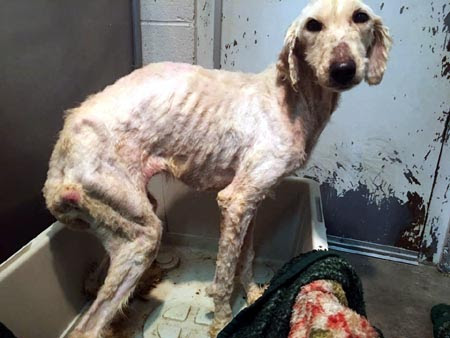 The animals  — 48 dogs, 15 rabbits, 12 cats and one hen pheasant — went to the Humane Society of the Black Hills in Rapid City. Banks, who is a dog behavior consultant and certified trainer, helped interview adoption applicants for dogs seized from the facility.

Stringent requirements included a $20 application fee, references and a home visit. Their vetting process must have worked because none of the adopted dogs were returned to the humane society because of behavioral issues, etc.

“They have to learn everything about being a dog,” Harvey said.

Many of the dogs had been in wooden crates since birth. Some had never experienced a blanket or a leash. Banks is still trying to teach her dogs how to get out of the car. 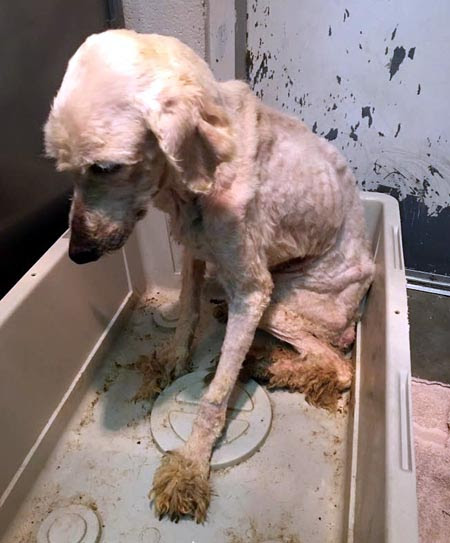 All 76 animals were nurtured back to health, including about 60 puppies (some were born after the rescue -- 11 dogs were pregnant at the time of the seizure), according to Harvey. But the humane society didn’t receive legal custody of the animals until March 27, after which the staff prepared the dogs for adoption.

As of last week, only six dogs, one cat and several rabbits remained to be adopted.

“This job far exceeds any job that I have seen done,” Banks said of the humane society’s work. “I just can’t even give them enough credit.” The story started when the humane society got a tip from a woman who said there were animals in poor shape in Creighton. The unincorporated community about 20 miles north of Wall was out of the humane society’s Animal Services and Enforcement jurisdiction, so they called the Pennington County Sheriff's Office.

By the end of December, the humane society was filled to the brim with the newly rescued animals, in addition to the animals it already had. Many of the animals rescued from Creighton had skin infections and lice and were matted with feces. 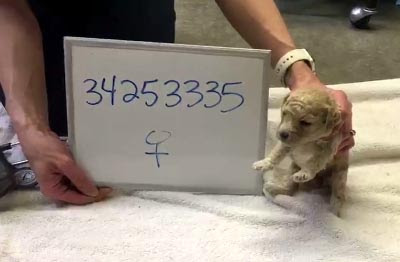 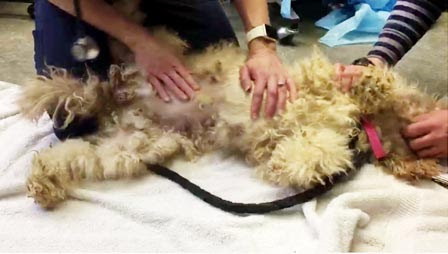 The staff at the humane society gave shots to each animal, some as often as four times a day. One dog required surgery; another had 14 teeth pulled.

The kennel staff had to stay as late as 10 p.m. some days, pulling 14-hour work days to take care of the animals. All adult dogs were spayed and neutered.

So why isn't JANELL GIBSON being forced to pay this? She ran this puppy mill for more than 10 years. Puppies were selling for what, $500-$1,500 each? SIXTY PUPPIES were born in just three months' time while the adult dogs were in custody. 60 x $1,000 = $60,000. That's how much would have been in JANELL GIBSON's pocket if they had not seized her dogs. Now multiple this by 4x per year that there would be large groups of litters = $240,000. That's nearly A QUARTER OF A MILLION DOLLARS in one year! 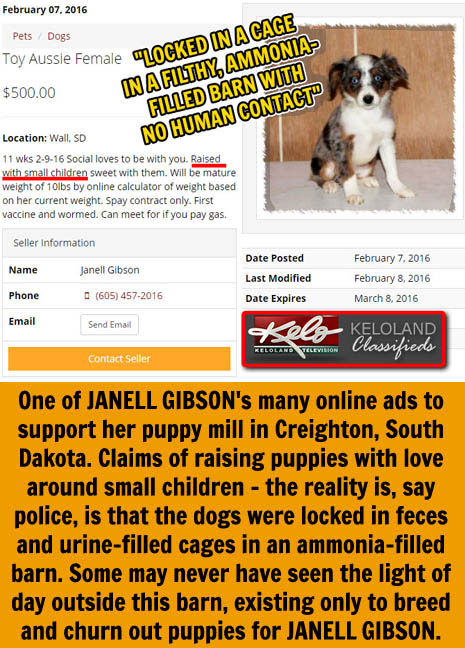 Most of that was covered by donations and pro bono care from local pet hospitals.

Harvey said the humane society hadn’t had a seizure of that volume in years, if ever, but felt overwhelmed by the community support.

“It was incredibly rewarding for us here at BHHS to see these animals happy and healthy and to walk out the door to new homes,” Harvey said. 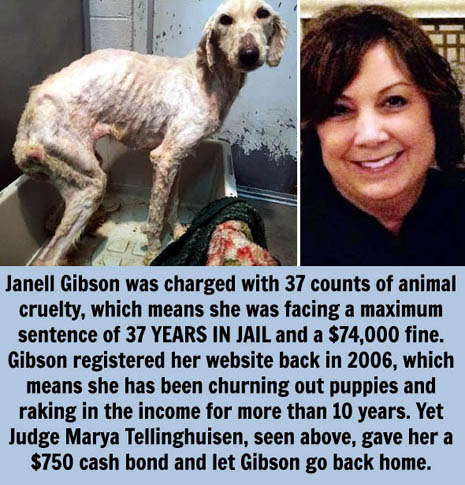 WHERE ARE ALL THE CATS JANELL GIBSON WAS BREEDING??

In 2014, Janell Gibson, David Eisenbraun and Maria Eisenbraun applied for a conditional use permit for Gibson's puppy mill. David and Maria Eisenbraun are listed as owners along with Janell Gibson. So who are they? What involvement did they have with DOODLES TO LOVE which churned out puppy mill puppies non-stop (one of which had parvo according to an online commenter who had purchased one of their puppies)? Why aren't they being mentioned at all?

Also, in one of the other articles, it said police went out to the property and counted 100 animals - dogs and cats. The cats the officer saw were NOT listed on Gibson's permit. She had apparently told them she was breeding a different breed of cat. So by the end of 2016, had she gotten out of the cat breeding business? Also, she says on her website that her entire family was involved in the breeding business, including her adult children and her husband. Why weren't they charged? There are so many unanswered questions. 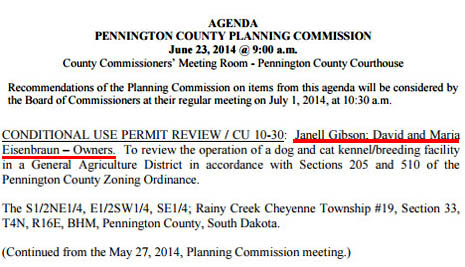