FLORIDA -- Strangers usually do not see the wounds. But when Dawn Alberti looks in the mirror, the former beauty queen says she sees scars and a nose wider than it was before Jan. 9, 1987 when a pit bull named Ginger mauled her face.

Alberti, 24, of Boca Raton, will not pursue the acting and modeling career she dreamed about before the attack -- not because she does not have the good looks, but because she thinks she does not, she told a Palm Beach County Circuit Court jury on Wednesday. 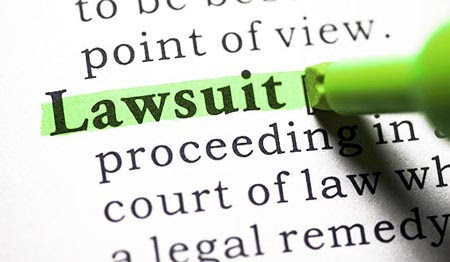 The Rosners do not dispute that their dog attacked Alberti, but they do contest having to pay for something like the "loss of enjoyment of life" she claims it caused, said Mark Klingensmith, the Rosners' attorney.

Alberti is not asking that the Rosners pay for medical bills of about $5,000, nor the cost of additional cosmetic surgery, nor for the difference in what she might have earned as a model or actress and what she makes now as a nail technician.

She concedes that it is her own idea that she does not look good enough, rather than something someone told her, that keeps her from following her dreams.

Winner of a beauty pageant in her native Long Island, N.Y., and runner-up in a pageant for teenagers sponsored by a nightclub there, Alberti had contacted a talent agency in Boca Raton before her family`s planned move in January 1987.

She had plans with the agency to screen test for the movie, Revenge of the Nerds, she testified. The part called for "a bathing suit on the beach," Alberti said.

But 20 minutes after the Albertis moved into their new townhouse in Boca Raton, she went outside to get a tool for her father and met Doug Rosner as he was walking the dog. That was when the dog jumped up and bit her in the face, Alberti testified.

What did she remember about the attack? asked her attorney, Geri Sue Straus.

What was she feeling?

Florida: Allen Holmes, 25, arrested after he broke into the animal shelter and stole his pit bull, which had been seized after mauling a cat to death

FLORIDA -- A vicious pit bull, illegally stolen from an animal control shelter in October, was recaptured and euthanized on Friday. The owner of the dog was arrested, the Broward Sheriff`s Office said.

When deputies approached Holmes, he gave them a false name card and began to kick the windows after they put him inside the patrol car, Crolius said.

On Oct. 12, an employee at the shelter discovered the dog was missing when he found a gate cut at the shelter at 1871 SW 40th St. The dog was put there on Aug. 29 after it killed a cat and was declared vicious.

FLORIDA -- A man and a 14-year-old boy were charged with cruelty to animals after they started a fight between two pit bulls and stood by while the dogs mauled each other, police said.

Both dogs were confiscated, along with three other pit bulls that were badly malnourished, reports released on Thursday show.

"The guys weren't fighting the dogs for money, they were just doing it to watch," police officer John Evans said.

The teenager was arrested in the back yard of a home in the first block of Southwest Fifth Avenue, where the fight occurred and where the second suspect, George Bonner, 20, lives.

Bonner ran when police arrived but later turned himself. Both face misdemeanor charges.

One dog suffered puncture wounds on its head and face, particularly around its eyes. One dog was limping and its left front leg was bleeding when police arrived, officers said.

Two pit bull puppies and an adult female were in a nearby cage.

"Their ribs were showing and their hip bones were visible," Evans said. "They looked really bad."