West Virginia: Tammara Briggs, 28, charged with cruelty over a pit bull puppy with a fractured spine

WEST VIRGINIA -- A Wood County woman is facing animal-cruelty charges related to the the abuse of a pit bull puppy named Casper.

Tammara Briggs, 28, of Mineral Wells, was arrested today by Wood County sheriff's deputies and charged with cruelty to animals.

She was arraigned in Wood County magistrate court and released on a $4,000 bond. 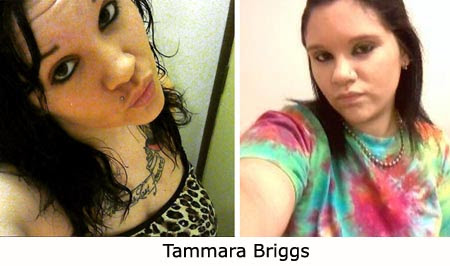 Deputies arrested Briggs at her home in Mineral Wells. Deputies say a second pit bull was removed from the residence and that it was taken to the Humane Society of Parkersburg.

Hopefully child protective services also conducts an investigation to make sure she isn't neglecting them as well.

Some locals are outraged over the mistreatment of a 7-week-old puppy who was later rescued by the Humane Society of Parkersburg.

Casper was found thanks to a tip from a friend of the owner, and on Monday the Humane Society stepped in to care for him, and took him immediately to the veterinarian.

Doctors say they don't think he will ever fully recover or walk again. The x-ray and MRI showed Casper had a fractured spine. 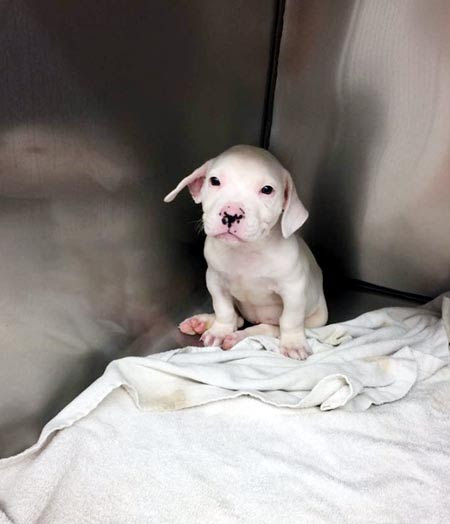 Thanks to help from the community, the shelter was able to cover the cost of the funds to help Casper.

On Thursday, he was transferred to a rescue in Maryland that works with pit bulls. 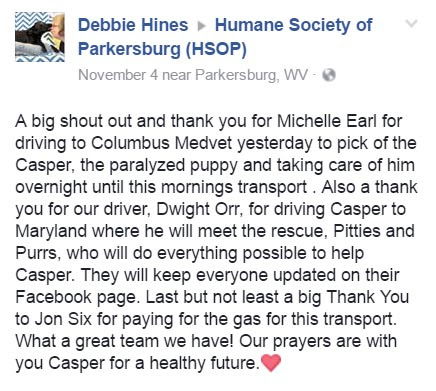 Michelle Earl, executive director for the Humane Society of Parkersburg, was devastated when she saw what happened to the young puppy.

"We plan to be very involved with the prosecution of this," Earl said. "To take care of Casper and see how helpless he is now because of somebody inflicting trauma to him is just senseless, and we want people to know that we're not going to tolerate it. We are going to press charges and we are going to try to execute to the fullest extent to the law the punishment that we can give to people."

December 4, 2014
On Dec. 3, a traffic stop was conducted on vehicle on Camden Avenue after a deputy observed a vehicle without a headlight. The driver was unable to produce a registration card or insurance card. A check of her driver license showed suspended. A citation was issued to Tammara Kay Briggs, 26, of Scarce Fat Road, Mineral Wells, for driving on suspended license and no proof insurance

February 5, 2015
Tammara Kay Briggs, 26, 16 Scarce Fat Road, Mineral Wells, was arraigned on charges of driving on a suspended or revoked license for miscellaneous reasons and no proof of insurance and was released on a $600 personal recognizance bond.

April 1, 2015
Tammara Kay Briggs, 26, 16 Scarce Fat Road, Mineral Wells, was arraigned on charges of driving on a suspended or revoked license for miscellaneous reasons and no proof of insurance and was released on a $600 personal recognizance bond.

November 24, 2015
Tammara Kay Briggs, 27, 16 Scarce Fat Road, Mineral Wells, was arraigned on a charge of conspiracy to commit petit larceny and was released on $1,000 bond.