Arkansas: Vickie West, 63, was accused of "rescue shopping" in multiple states. Found hoarding nearly 30 dogs in house with 3-feet of fecal matter - along with 3 dead dogs

ARKANSAS -- A woman is facing several animal cruelty charges after police said 26 animals were found living in her home.

Vickie Lynne West, 63, of Fayetteville turned herself in to police after a felony warrant was issued for her arrest on Feb. 23 for two counts of aggravated cruelty to a dog and two counts of cruelty to animals, according to a warrant affidavit.

Officers said they had to wear protective gear because the “odor of animal feces and decay was so pungent it burned the officers’ eyes and sinuses.” 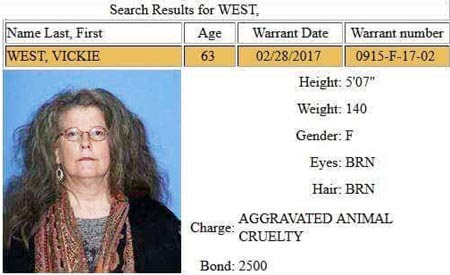 West returned during the search and had another dog inside her vehicle.

A veterinarian with Fayetteville Animal Services examined the animals and said all of their coats were saturated with urine and feces, and several of the dogs were abnormally thin or weak.

The vet also examined the three dead dogs and determined that one of the dogs had been dead for four months.

Inside the home, several dogs were found in small cages that had several inches of fecal matter lining the bottom, according to the affidavit. There were also dogs running free throughout the home. One of the rooms inside the home had layered debris, including fecal matter. The fecal matter was three-feet deep in some spots.

DRIVING TO TEXAS TO GET MORE ANIMALS

A representative said West had adopted four dogs in the past few weeks, and was looking to adopt two additional dogs. In total, West adopted 10 dogs from the organization since 2015.

FATE WORSE THAN DEATH... HANDING THEM OVER TO VICKIE WEST

West told officers that she was working with various rescue organizations to adopt dogs that were at risk for euthanasia, and then she was transferring them to those organizations, the affidavit states. She said the dogs were rarely with her for more than a few days.

Another person, working on behalf of animal rescue groups in Texas, contacted Fayetteville Animal Services Jan. 3 and told them West had adopted five dogs from San Antonio Pets Alive and then posted on social media that three of the pets had died, the affidavit states.

Days later the same person called again and reported that on Dec 6, 2016, West had adopted a dog named Jerry Lee from a Fort Smith shelter. She returned him a month and two days later.

West returned the dog, Jerry Lee, in an emaciated condition and had several sores and wounds on his body, the affidavit states.

West was being held Wednesday (March 8) in the Washington County Detention Center in lieu of a $2,500 bond.

A Message From the Owner
Samurai was being fostered by Vickie Lynn West in Fayetteville AR and she refuses to tell us where he is or give him back to us. He was last seen there but we have not been able to get him back.

This pet needs your help!
If you have any information on this pet's location please contact petkey™ immediately at 866-699-3463 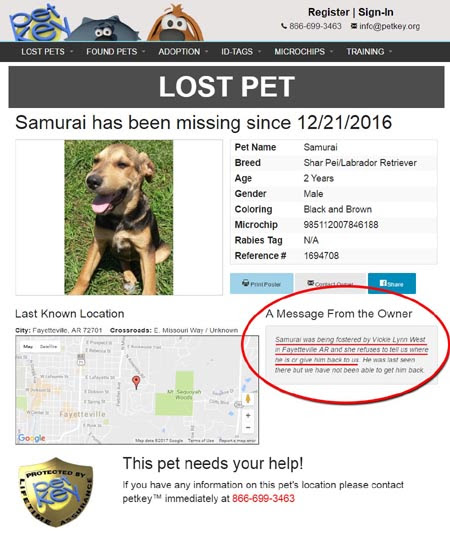 Where is Chompers? We have him!!! Here is the REAL story. It's NOT a secret!

Vickie West adopted this dog outright from Adams County. Vickie asked for transport assistance from Adams to the airport. We arranged it.

When the hoarding situation came out I asked Vickie where he was. She admitted [he was with] Fayetteville Animal Control.

I contacted them directly to inquire about him because I felt horrible for helping even find a short ride on a highway to the airport by a fellow transporter! They had left phone messages with each and every rescue including Adams County who had sent the dogs to Vickie telling them the dogs were there.

When Adams County didn't respond back to them I said we would take him back to WA and under our rescue Journey Home. I had to fill out the paperwork get a reference from our local Animal Control and my vet. Then Fayetteville did their due diligence and investigated us. They approved it. We arranged transport to bring him back to WA to put him in medical/emotional foster. Then do a adoption application and full homestudy and home visit so he never suffers again! 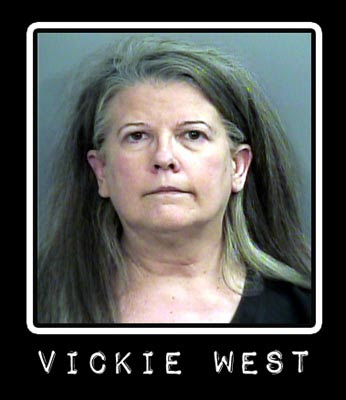 We posted for transport on public pages. Worked diligently and located transport. He began his Journey yesterday to come home to WA. We saw last night that Adams county posted they never heard from Fayetteville and begging for info on Chompers. I called them, explained we have him and we will work with them and in fact let them help us screen adopters if they want. He will stay with our rescue and Adams county was very happy to hear. The issue if any is between them and the Adopter and Fayetteville. Fayetteville says they provided notice, Adams County said they never received it. I sent all paperwork to Adams County last night to assure them he is safe. I sent pictures to them I shared everything! They are going to correct their facebook post.

Our goal is to medically/emotionally rehab him to gain back the 11 lbs he lost. Rebuild his skin to a beautiful coat and work on resource guarding because he was living in filthy, starving conditions! We will happily post updates. In the meantime drama is not welcome. It interferes with real rescue and we won't engage in it. Here for your viewing pleasure is Chompers on transport to us. 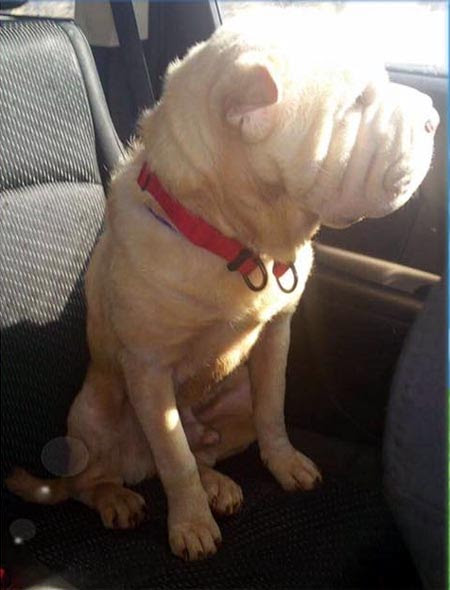 Jayme Hoff - So glad he is safe :) Was he adopted out to someone in Fayetteville? Is that how he ended up there?

Journey Home Rescue - Yes he was sent from Adams County to Fayetteville Arkansas and she turned out to be a hoarder. No rescue did home visits so the 25 dogs and one cat were seized due to horrible conditions.

Rosemary Collins - Wonderful news Karen Kirk-Brockman so happy to know Chompers is safe with your rescue. Lilly is also going home to Ohio. What a nightmare.

Journey Home Rescue - Rosemary please let people on your pages know that Chompers medical condition requires continued treatment and care he is still below weight, he still has staining and is still in recovery. Vickie is not the victim in this and the pei community needs to remain vigilant so she doesn't continue trying to hoard. 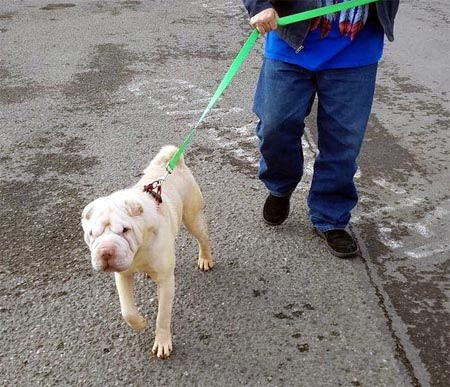 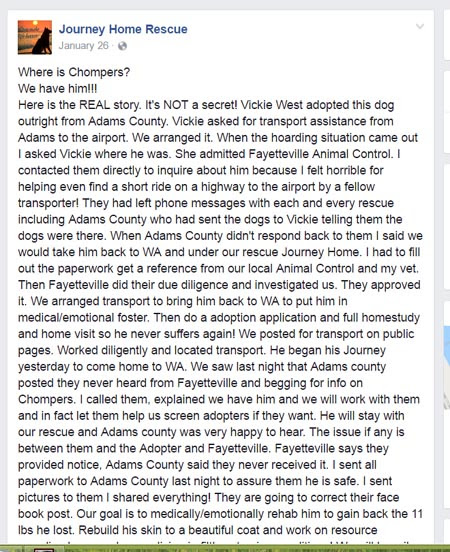