Robert Weaver, 38, was arrested in September after investigators found 23 dogs and a steer dead from starvation and heat exhaustion on his 5-acre property on the 15000 block of Linn Road.

Weaver was a breeder of Louisiana Catahoula leopard dogs. 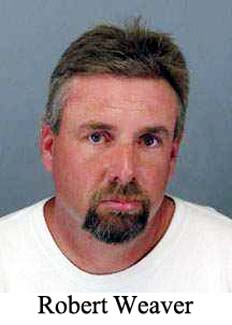 Seven dogs survived, six of them Catahoulas. All of them were sent to a rescue facility and have recovered, Deputy District Attorney Stephen Maier said.

"The tragedy of the animal cruelty is that he could have easily sold, given away or adopted these dogs out," Maier said. 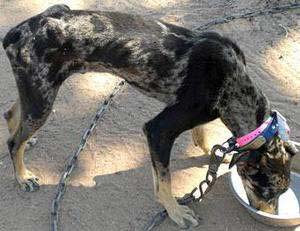 The weight of the three-year sentence, however, comes from multiple counts of construction fraud. A contractor, Weaver had performed shoddy construction work at the homes of elderly people and overcharged them for the service, authorities said.

Maier said Weaver originally agreed to a plea agreement to serve a year in the County Jail on one felony forgery charge in September, but once released on his own recognizance, he went out and bilked an elderly Clear Lake woman on a job to install a lattice patio cover at her home.

"We gave him the benefit of the doubt because he had no prior record," Maier said. "But when he went out and did it again when he was already involved in court cases, that's where state prison came in."

If Weaver had rejected the plea deal and gone to trial, he would have faced the potential of more than 10 years in state prison, Maier said.

OKLAHOMA -- A Delaware County man and woman were charged with animal cruelty after the sheriff’s department seized over 100 dogs that had not been fed in six days, authorities said Thursday.

Sue Davis, 52, and Randall Dick, 55, were charged in Delaware County District Court in Jay with 12 counts of cruelty to animals. They remain in custody on $20,000 bail. 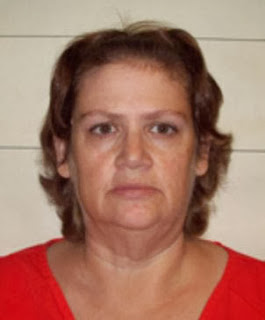 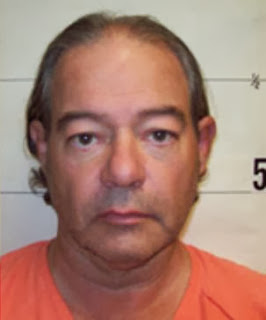 According to a probable cause affidavit signed by Deputy Mark Berry, authorities found 107 cocker spaniels and miniature poodles in a rural puppy mill near the Arkansas border.

Nine dogs were found dead and three dogs found in a wooded building were in poor health and very thin. Other dogs were crammed into small cages — often without sunlight — and left to walk in inches of their own feces.

The dogs have since been taken to a Denver animal shelter.

The couple was living in a tent near the dogs’ cages. Authorities said because of a dispute with the landlord, Davis hadn’t been on the property for a week and the dogs not fed. The property owner reported the dogs’ condition to the sheriff’s office several times, the affidavit states.

Berry said at the time of the pair’s arrest some of the dogs were eating the dead dogs.

DAYS WITHOUT FOOD
The couple purchased three bags of dog food from an Arkansas feed store on Oct. 21 and told authorities the animals were last fed on Oct. 25. 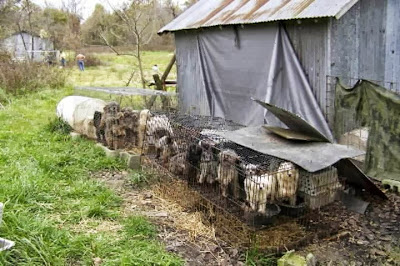 On Nov. 2, the day the dogs were seized, the couple brought out four bags of dog food.

In August Davis approached an Arkansas feed store wanting to buy 20 bags of dog food on credit because she had to feed 200 dogs, the affidavit states.

The store reported Davis has a $1,141 outstanding feed bill.

Australia: Pit bull mauls pregnant Shetland pony, locks jaws onto its neck. After being beaten with a piece of wood, it lets go - only to attack a Quarter Horse

AUSTRALIA -- Two old horses are lucky to be alive after a brutal pit bull attack in Kanahooka.

The horses' owner, Susan Myers, who witnessed the attack, is concerned the pit bull cross could still be on the loose.

On Sunday, November 2, Ms Myers was at home, periodically checking on 25-year-old Shetland pony Rosie, when she saw the female pit bull attack the mare.

"I'd been keeping an eye on her because she was pregnant and due to give birth," she said.

"I happened to look out and saw it while the attack was happening. I yelled out to my mum to ring the vet immediately. I just raced over screaming like a mad person with a whip in my hand."

Ms Myers said no amount of yelling would make the dog unclasp its jaws from the terrified pony's neck, but even when the dog did let go the rampage was not over.

"A man came into the paddock and hit the dog with a lump of wood, then it took off and went for my other horse in the next paddock and just launched straight at her throat," she said.

"I've seen dogs attack animals before but they usually go for the legs or the belly, but this dog knew exactly where to go to make a kill.

"After it did all of this it chased a man who was walking his dog and he just got in his door in the nick of time ... and the dog still tried to savage the door."

Police and a Wollongong City Council ranger attended the scene where a second dog was caught, although they were not able to locate the female culprit.


Despite their traumatic ordeal, both Rosie and Zida the quarter horse survived.

"The ponies are for little kids," she said. "If they were here it could have been really, really bad."

The woman will be in court on Friday facing animal cruelty charges, but city officials fear she'll get away with it once again.

The house is in an historic district in Muskogee, but after code enforcement officers went inside, they decided it should be condemned. 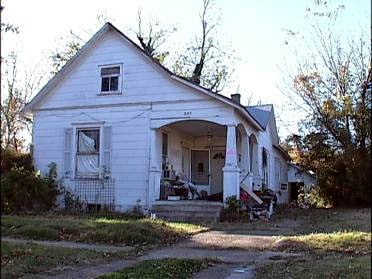 "It was filthy, absolutely filthy. There was dog feces everywhere. It didn't matter where you went you were stepping in dog feces. When we come out of it we were covered with fleas," said Muskogee Code Enforcement Officer Rudy Fuller.

Officer Fuller called animal control when he found several pit bulls in and around the house.  One of the dogs was covered in fleas and scabs and had severe leg injuries that were deeply infected.

"The smell was overwhelming. Staph infection was running all out of the wounds.  It was just; I've never seen anything like it in my life. It was really gruesome and really bad," said Muskogee Animal Control Officer Robert Godfrey.

That dog had to be euthanized.  But, seven puppies were rescued along with another two adult dogs.
Sharon Dewan-Stamps was arrested and charged with animal cruelty.


"I couldn't believe that a person could treat a dog like this. It brought tears to my eyes," said Muskogee City Councilor Jim Ritchey.

Muskogee City Councilor Jim Ritchie says Stamps has been causing problems for the city for more than 10 years and he's fed up.

"We don't want her back. We don't need residents in Muskogee, Oklahoma, that do this. We're trying to clean up our city," said Muskogee City Councilor Jim Ritchie.

But, he and Officer Fuller worry she'll get out of this mess just like she's gotten out of so many before. 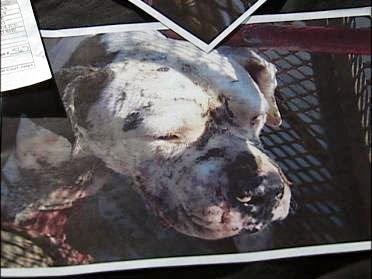 "We've written citations. She's paid them. She's went through the court system and it's just somehow she keeps finagling her way out of everything," said Muskogee Code Enforcement Officer Rudy Fuller.

Animal Control officers say Stamps has another home in McIntosh County where she has at least 20 more pit bulls.  They say the county has threatened Stamps with animal cruelty charges, but so far, they haven't done anything else about it. 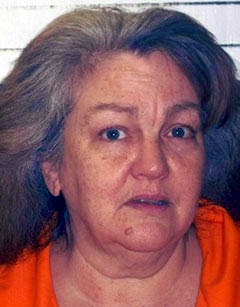 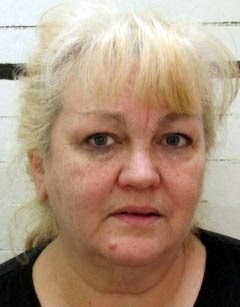 NEW YORK -- A pit bull was finally subdued after attacking woman and her two children as they walked to school on Rev. James Polite Ave. in the Bronx on Wednesday.

Local residents said the dog had been abandoned beside a fire hydrant with heavy chain around its neck. After the attack, NYPD Emergency Services officers tranquilized the dog before taking it to an animal control center.

The woman was taken to Lincoln Hospital, where her condition was unknown.