The dog has been at a Jay veterinarian's clinic since the attack Tuesday. Police Chief Bryan Eaton said the dog's owners plan to have the dog euthanized after a 10-day observation period that is required to see if the dog is rabid.

"This dog needs to die, said Stephanie Crittenden, mother of the victim, Cianna Crittenden, of Kansas. 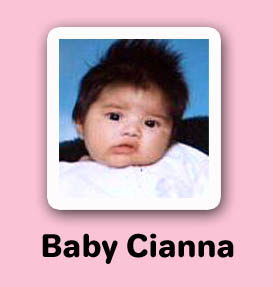 The toddler suffered puncture wounds to one eye and cheek and around the neck area in the attack. She was flown by helicopter to St. Francis Hospital in Tulsa where she underwent neck surgery.

Stephanie Crittenden described her daughter on Friday as "doing real good although Crittenden herself has not had much sleep.

"She loves animals, Crittenden said. "She was standing in front of him (the dog) saying, Puppy-puppy,' when he lunged at her, knocking her down and biting her cheek.

The family has been staying with relatives after a fire earlier this month destroyed the Crittendens' home and all their belongings. Before going outside with a cousin to play the day of the attack, Cianna was talking about the family's puppy that had perished in the fire, Stephanie Crittenden said.

The dog was chained to a neighbor's house but had enough chain to pounce on Cianna a second time as the girl turned to run away, Crittenden said. It was during the second attack the dog locked his jaws onto the back of her neck, she said.

"I was just so scared and shocked, Crittenden said.

Earlier, Crittenden had admonished her daughter not to get dirty because they would be leaving shortly to drop off a housing application.

Proposed legislation
State Rep. Paul Wesselhoft, R-Moore, said in a telephone interview he plans to introduce a bill modeled after a Denver municipal ordinance that would get rid of pit bull terriers.

"Many people who own pit bulls say that it's other owners who train their pit bulls to be vicious, Wesselhoft said. "For them it is never the dogs' fault. Sometimes they are correct; but more often they simply will not face brute reality it is in the very nature and breeding of this creature to draw blood and kill."

Wesselhoft said he is calling on the state Health Department to declare an epidemic of vicious dog attacks and issue an alert to parents, advising them to keep their children away from the animals.

"I firmly believe that any parent who allows their small child to play with a pit bull, especially without direct supervision, is committing an act of child neglect, whether they mean to or not, Wesselhoft said.

Wesselhoft said his proposed legislation will be named Cody's Law after Cody Yelton, a 3-year-old boy from Moore who lost his arm to a pit bull attack, and Cody Adair, a 4-year-old boy who was killed by a pit bull in the Bartlesville area.

JOAN MORRISON = IN DENIAL
Joan Morrison of the Endangered Breed Association said Wesselhoft's bill goes too far and should not be breed specific. Her organization supports House Bills 2697 and 2076 and Senate Bill 1711, which call for strict penalties and fines for owners of dangerous dogs of any breed.

Morrison's organization emphasizes the need to enforce leash laws, to penalize irresponsible dog owners, and to educate parents and children on pet care and safety.

"It's not a breed problem. It's a people problem, she [claims].

ILLINOIS -- Betty Bill says she watched in horror through the kitchen window of her Crystal Lake home as a neighbor allegedly poured a teapot full of boiling water on a caged gray squirrel.

"I could see the steam coming out," Bill said Tuesday. "That's how I could tell what he was doing. What bothers me most is that he would stop pouring and watch that animal writhing in the cage. And when it stopped writhing, he would pour again."

John Grivas, 75, of the 100 block of Ellsworth Street was cited with misdemeanor counts of animal cruelty and unlawfully trapping a squirrel, which died after the incident Sunday, state wildlife officials said.

Grivas denied scalding the trapped squirrel; he said he simply shook it.

Squirrels have damaged the windows in his garage, chewed a hole through a garage door and dug holes around his yard, he said.

"The animals, it seems, they have more rights than anybody," said Grivas, who said he would fight the cruelty charge in court. He could get up to a year in jail and a fine of up to $2,500.

Bill, who lives next door to Grivas, said she was looking through the window about 12:15 p.m. Sunday when Grivas carried the boxlike trap into his back yard.

At first, Bill said, Grivas poked at the squirrel with a stick. She said she could see its tail flailing. Then he went into the house and returned with the teapot, she said.

"I did catch it," Grivas said. "I shook it a little bit. ... If I had anything against animals, I wouldn't have bird feeders around my yard."

There was enough evidence for conservation police to accuse Grivas of cruelty, said Chris McCloud, a spokesman for the Illinois Department of Natural Resources, which oversees the police.

"They found it, near death, with some burns to the top of its head," McCloud said of the squirrel.

"Pouring scalding water on an animal is obviously cruel and unusual."

Grivas said he placed the animal on some plastic and it appeared stunned, but then it ran away.

Bill said she found it in her back yard, still alive.

"Here was an injured squirrel, trying to curl up to get under some leaves," Bill said. "It looked like he was just trying to get underneath something to protect himself. I could tell he was wet."

One of the conservation police officers killed the squirrel, Grivas said.

"Maybe to put it out of its misery," said McCloud, who was not certain of the details of the squirrel's death.

After watching, Bill called Tom Starai, who runs All Wildlife Animal Eviction, a Crystal Lake company that traps squirrels, raccoons and other animals that are a nuisance. Starai contacted conservation police.

"There's nothing wrong with getting a cage, getting a permit and doing a little trapping," said Starai, who charges $95 to visit someone's home and $65 for each trip back to pick up trapped animals.

It's best to let trained professionals get rid of nuisance animals because they can do so without harming them, said Starai, who prefers to release trapped animals in a rural area far from where they will bother anyone.

There are hundreds of companies in the state trained and licensed to do the work, he said.

"Squirrels and 'coons are our biggest line of work," Starai said.

GEORGIA -- A man accused of killing 14 puppies and stuffing them into a pillowcase was charged Thursday with cruelty to animals.
An area resident found the sack full of dead puppies at the entrance of Hillcrest Glenn Subdivision in Buford. He notified Gwinnett County Animal Control, who canvassed the neighborhood for more information.   The agency's investigation found John Philip Peace, 41, to be the puppies' owner and the primary suspect.  Peace claimed the puppies but told investigators he was not responsible for their deaths. His statement did not match the physical evidence, police said.  In addition to the puppies, the pillowcase contained a 10-pound weight. The investigation revealed the puppies' cause of death was blunt force trauma.  "They did die from force trauma. And there is evidence to suggest the weight in the bag was used," said Officer Darren Moloney, spokesman for the Gwinnett County Police Department.  Moloney said all of the puppies appeared to be a Labrador mix and were from the same litter. He did not know what had happened to the puppies' mother.  Peace is being held at the Gwinnett County Detention Center on a $32,200 bond. He has been charged with 14 counts of cruelty to animals, which is a felony in Georgia.