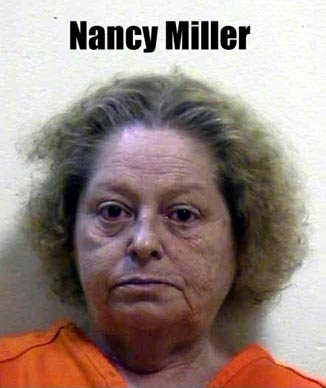 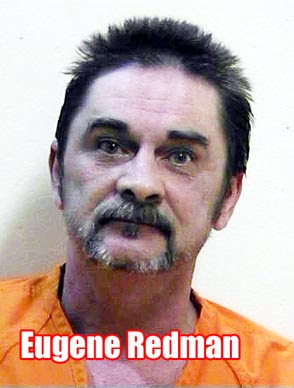 COLORADO -- The family of a Pagosa Springs boy mauled by two dogs (a pit bull and a Rottweiler Labrador mix) says sheriff's deputies were slow to respond to a report of loose dogs half an hour before the December 2002 attack.

But attorneys for the Archuleta County Sheriff's Department and one of its deputies said in court Monday that their clients were immune to lawsuits, had no duty to protect anyone from an attack and were not willful or wanton in the way they handled the attack on Garrett Carothers.

The judge in the case, which was brought by Garrett's family, said he expects to rule in about two weeks whether the family can include the Sheriff's Department and Deputy Tommy Gaskins in the lawsuit. The trial is scheduled to begin May 24.

Lyman and attorneys from Denver, Grand Junction and Colorado Springs met on the holiday because everyone involved wants the quickest resolution possible for Garrett, said Kathy Chaney, Garrett's attorney.

"You all did a good job of making me less certain," Lyman told the attorneys after almost two hours of oral arguments.

Garrett was 8 at the time of the attack. On Monday, he wore a cowboy hat to cover the still-healing scar on his scalp. He arrived for court wearing a brown leather flight jacket and black jeans. Garrett sat quietly with his attorney; his mother, Cindy; and his father, Rick.

For much of the hearing, Garrett appeared to be listening to the debate. As the arguments grew more and more legally technical, he leaned against his mother and appeared to sleep, cowboy hat on his lap.

Garrett, a third-grader at Pagosa Springs Elementary School, has no hair on 75 percent of his scalp. The scalp is shiny, taut and scarred from the attack and ongoing medical treatment. On Monday, his scalp was protected by a bandage at the crown. Garrett was also wounded on his face and body. Mercy Medical Center surgeons had fought to save his life.

The Carothers family filed suit in March against the Pagosa Lakes Property Owners Association for not having an animal control officer on staff. The suit also accused the Archuleta County Sheriff's Department and Gaskins of not responding quickly enough.

Chaney repeatedly said in court Monday that Gaskins, who was four miles away, continued attending to personal business instead of responding to a call about loose dogs in the subdivision where Garrett was attacked.

The Archuleta County Board of Commissioners was recently added to the lawsuit. The owners of the dogs - Sandra Schultz and her son, David Martinez - were dropped after their homeowners insurance paid the Carothers family $100,000. Garrett's medical expenses are estimated by his attorney at in excess of $250,000.

Governments usually are exempt in civil cases, but Chaney has argued the Carothers case is different, and on Monday she told Lyman part of the difference is that the sheriff's department voluntarily assumed the duty to control dogs in the subdivision where Garrett was attacked.

But Doehling said the sheriff wasn't responsible. "What duty in general does the sheriff owe?" he said. "Does the sheriff have a duty to protect people against vicious dogs? ... The answer is no.'"

One element of the case is an allegation that Gaskins was dispatched to a report of two dogs loose in the subdivision almost half an hour before Garrett was mauled, but did not arrive until after the attack.

Vaughan said there is no fundamental requirement for deputies to protect people in Colorado unless there is a special relationship, such as an inmate in custody, a patient in a mental institution, or a suspect in custody.

Chaney disagreed. "Of course they have duties," she argued. "They say right on their Web site they have a duty."

On their Web site the department says: "The Archuleta County Sheriff's Department is statutorily responsible for many things. First and foremost is the protection of the citizens of Archuleta County."

Both dog owners in the case were charged with owning dangerous dogs. Schultz was convicted and sentenced to four months in the Archuleta County Jail. The charge against Martinez was dropped because of the state's "one-bite rule," which requires prosecutors to prove a pet owner knew the dog was dangerous.

Rep. Mark Larson, R-Cortez, is seeking to allow prosecutors to file criminal charges against dog owners regardless of whether an animal has bitten anyone before. The Carothers family has lobbied to have legislation involving dog attacks toughened. The family also supports a campaign to ban pit bulls in the state.

GEORGIA -- Two pit bull dogs attacked humans this week and a city council member said Wednesday she wants those who own vicious dogs to know they can be held accountable.

A second, unrelated incident occurred the same day on John B. Gordon Road. A man reported he was forced to defend himself with a shotgun after a pit bull chased and tried to bite him twice.

Officer Ellington, in an incident report on file at the Thomaston Police Department, describes the first event.

"I saw a brindle pit bull running loose. As I approached, the dog attacked," he wrote. "I went to the back of the truck and loaded the tranquilizer gun to capture the dog."

Ellington radioed for back-up, according to the report. "I was able to tranquilize the dog. He attacked me again, causing me to fall and injure my right leg."

Ellington told The Times, "If that dog had gotten hold of a child, the child would have been mauled. This dog has the potential to inflict severe injury to humans."

Bryan said the dog would lunge at the gate and fence. She said when she realized the animal was loose, she was worried.

"It's pretty bad when a resident is scared to go outside," Bryan said.

A report of the second incident was on file at the Upson County Sheriff's Department.

"Martin Jones stated that a black and white pit bull tried to bite him and chased him in the house," according to the report. "He went back outside to his vehicle and the dog tried to bite him again. He shot at the dog with the shotgun, but wasn't sure if he hit the dog."

Ordinances regarding dangerous dogs passed by the City Council and County Commissioners are almost identical, but the manager of Upson County's Animal Shelter said unlike the city, he has no authority to enforce the law.

Under the ordinances a dog can be classified as dangerous or potentially dangerous after the owner is notified in writing and a hearing is held.

"At the hearing, the owner of the dog will be given the opportunity to testify and present evidence and in addition, the board shall receive evidence and hear such other testimony as the board may find reasonably necessary to make a determination."

Owners of dogs deemed dangerous or potentially dangerous, according to local ordinances, must possess a "certificate of registration" designating the animal as a possible threat.

The owner must provide "a proper enclosure to confine the dangerous dog" and must post a sign warning visitors of the dog's presence.

Owners of dogs deemed dangerous, according to local ordinances, must also purchase at least $15,000 in insurance as liability against personal injuries inflicted by the animal.

"The owner of a dangerous dog or potentially dangerous dog shall notify the dog control officer within 24 hours if the dog is on the loose, is unconfined, has attacked a human, has died or has been sold or donated.

"If the dog has been sold or donated, the owner shall also provide the dog control officer with the name, address and telephone number of the new owner."

That's what Castle Hayne woman Anita Brown is allowed to bring home after a plea agreement in her case was reached Tuesday in New Hanover County District Court.

Brown, 45, pleaded guilty to JUST ONE misdemeanor cruelty to animals charge and a town ordinance violation in connection with the 43 dogs and 54 birds found Oct. 16 on her property at 107 Fairford Road.

Authorities said many of the animals will now be adopted out through rescue groups.

Judge James H. Faison also fined Ms. Brown $6,500 for expenses incurred by the county in caring for the 97 dogs and birds, placed her on five years' supervised probation and prohibited further visits to the animal shelter.

Other probation terms stipulate that Ms. Brown not acquire any more animals and that she receive a psychological assessment. Her home will be subject to unannounced visits by probation or animal control officers.

"I was basically given an ultimatum. It was my house or this deal. They had me up against $60,000 in fines," Ms. Brown said later.

The cost of caring for the dogs and birds at the county Animal Control Services shelter has exceeded $60,000, Assistant District Attorney Charity Hicks said, adding that the $6,500 fine reflects a reasonable share of those expenses.

The animal cruelty plea indicates neglect and Ms. Brown being "overwhelmed" by the animals, not mistreatment, Ms. Hicks said.

"I believe it was more of a hoarding phenomenon going on," she said. "One person cannot responsibly care for 97 animals. It's too big of a job. Physically, one person cannot keep up with all the things they need."

Most of the dogs are whippets or Shetland sheepdogs (Shelties). Among the birds are several types of parrots and cockatiels. Ms. Brown said she kept dogs on her property since moving there in 1984.

Of those taken Oct. 16 by animal control, 12 were recently dropped off for rescue and another 12 were puppies, Ms. Brown said.

A woman who left a whippet there to be bred and tried to take it back a year later after it had puppies initiated the complaints against her, she said.

Neighbors of Ms. Brown made numerous complaints to Animal Control Services before a warrant was obtained to go on the property, agency Director Jean McNeil said. Some of the dogs are receiving treatment for heartworms, but the overall health of the animals is good, she said.

"We've once again made a stand against people who don't take proper care of their animals, and we hope that sends a message," Ms. McNeil said.

Ms. Brown said she knows people who would take the dogs and birds, but is prohibited from making arrangements.

She claims the value of the cages, AKC-registered dogs, puppies and birds kept by animal control exceeds $25,000, but money isn't a primary concern.

"They promised me today they were not going to put any of them down, but I can't check on any of them," Ms. Brown said. "They won't let me know."

Ms. Brown has been on medical disability for more than a year because of a back injury. Under her probation terms, she cannot breed any more animals or continue rescue work. She hopes to pick up the two whippets and two parrots allowed in the plea agreement from the animal shelter this week after one of the dogs is spayed.

Ms. Brown said she will continue to worry about the dogs and birds left behind.

"It's just so horrible. I feel so bad for those animals. I love them with all my heart," she said.