KENTUCKY -- Eighteen horses found dead on a Mason County farm in Kentucky Monday were meant to be shipped to Mexico for human consumption.

George Samuel Jones, a kill buyer, was arrested Wednesday on 23 counts of animal cruelty. He was released the same day after posting a $500 bond for himself.

But this wasn't the first time that officers responded to this particular farm.

In 2010, Jones was charged with 30 counts of animal cruelty and six counts of failure to dispose of a carcass properly, according to police. 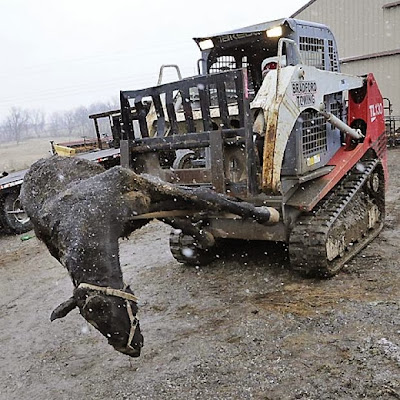 The charges were a result of an investigation after receiving tips of dead and mistreated animals -- similar to the tip reported to police on Monday.

The 2010 investigation determined 30 horses and donkeys on Jones' farm were neglected and left without food and water. Six of the 30 horses died. 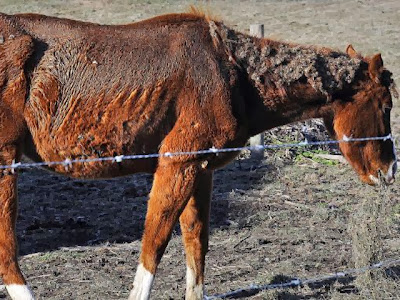 As a result, Jones was given jail time and probation for two years. Boggs said Jones was recently released from that probation.

The Kentucky Department of Agriculture laws for disposing of a carcass states specific ways for the dead animals to be disposed of and within a 48 hour time limit. The bodies found Monday were laying on the ground scattered across the farm. In 2010, the six dead horses were found in a similar manner and Jones was charged for not disposing of them within the two day time frame.

Previously, Jones, 67, was filed against by the U.S. Department of Agriculture in 2008 for five issues relating to his farm including his equipment and inventory.

The lack of inventory or feed could be accredited to the family's financial difficulties.

On Monday, officials removed seven more horses and mules from the farm for their safety.

Boggs told the Ledger-Independent that since Dec. 24, his department has responded to the farm for animals running at large four times. Monday's findings marked the fifth time police have been to Jones' farm in a week.

Police found 43 remains on the property. They say they don't know how long they have been there.
9 On Your Side Reporter Scott Wagner spoke with Jones when we returned to his property.

"I'm trying to nurse them back to health and I've spent thousands of dollars on feed and stuff and vets," said Jones.

Jones says that half of his business is shipping horses to Mexico for human consumption. But some of his horses were too sick to send.

"As time went on, there was nothing you could do to treat them to bring them back," Jones said.


A judge order that all of the animals on his property to be removed by his next court date. Jones says that a move of the animals will put him out of business.

His court date is set for Jan. 13 at 9 a.m. at the Mason County District Court.

The Kentucky Department of Agriculture and local police are investigating the case.