Indiana: Karen Barron, 58, is accused of allowing horses to starve on her rural Jay County farm

INDIANA -- A Jay County woman is being prosecuted over her alleged neglect of several horses. 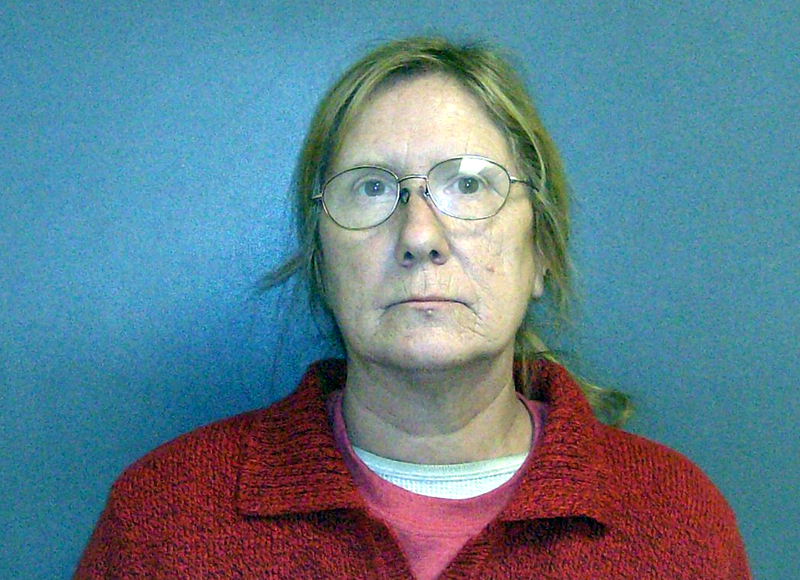 According to court documents, state police began an investigation last November after a veterinarian contacted authorities, reporting there were several emaciated horses on Barron’s property, one of which had died of starvation.

Police and representatives of the Jay County Humane Society determined there were 16 horses on the property, along with a miniature horse, several goats and two dogs. 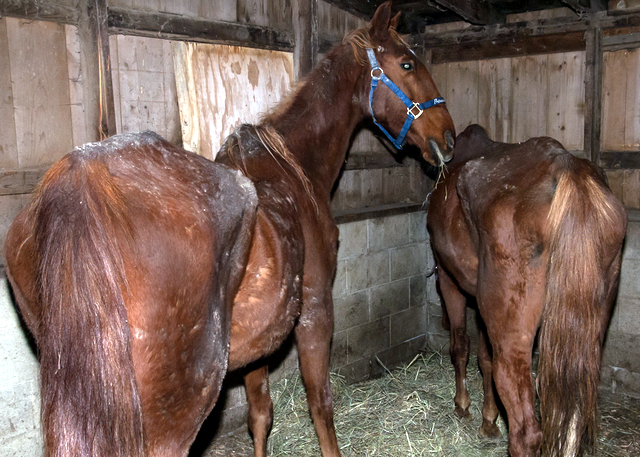 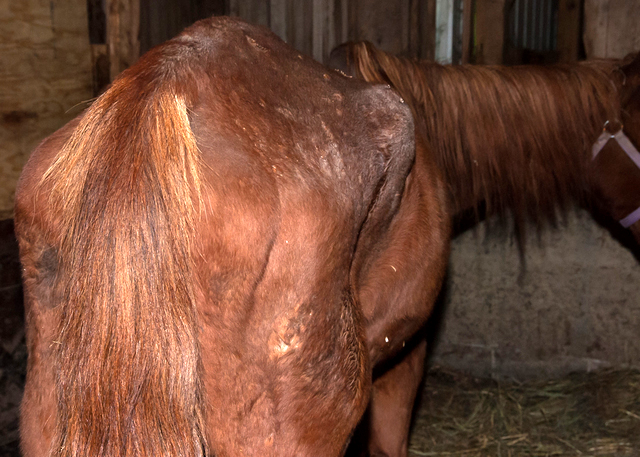 “Visual observation of the horses were that their ribs, backbone and pelvic bones were showing, and they appeared to be starving,” Curtis Compton, an investigator with Jay County Prosecutor Wesley Schemenaur’s office, wrote in a report.

“It was learned that Karen Barron is an over-the-road truck driver and is not home very often,” Compton wrote. “Barron would hire people to take care of the horses.”

A witness told authorities that Baron “has a habit of buying rescue and unwanted horses,” and said he had tried without success to persuade her to end this practice “because she is hardly ever home to care for the horses.” 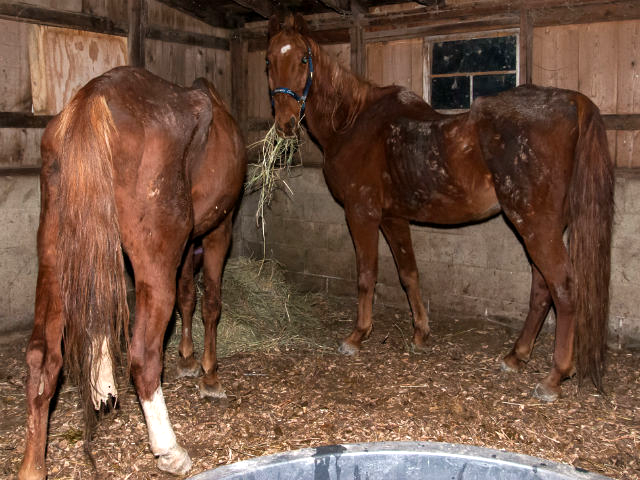 On Nov. 7, a veterinarian with the Indiana Board of Animal Health gave four of the 16 horses the lowest health rating of one (on a scale of 1-10). Barron’s son that day declined to surrender the animals to authorities.
The following day, Jay County sheriff’s deputies reported one of the emaciated horses was “down on the ground, thrashing, could not get up and appeared in distress.”

The horse — described as “starved and too weak to survive” — was euthanized. Humane Society members that day took possession of four other horses. 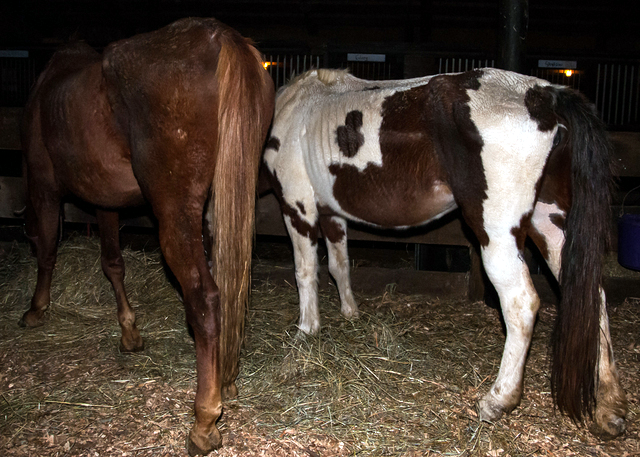 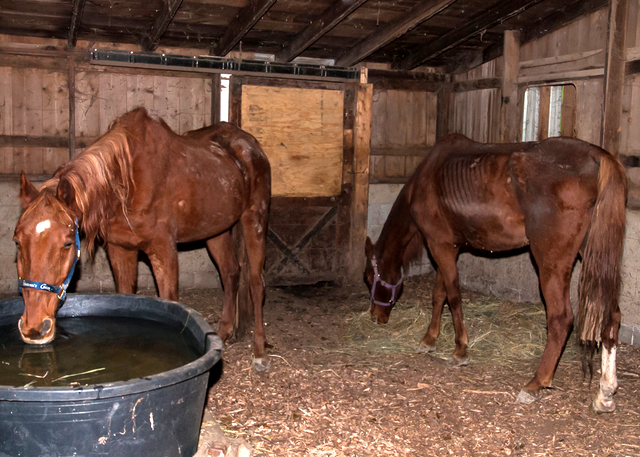 A veterinarian told state police he had been called to Barron’s home several times since 2007 to examine “dying horses.”

In 2010, he euthanized a “very emaciated” horse, and was aware of several other horses that “died on her property,” the report said.

“He said that on every trip to her farm, he noticed very thin and emaciated horses,” and told Barron and their son “they needed to increase grain and get a better quality of hay,” Compton reported. 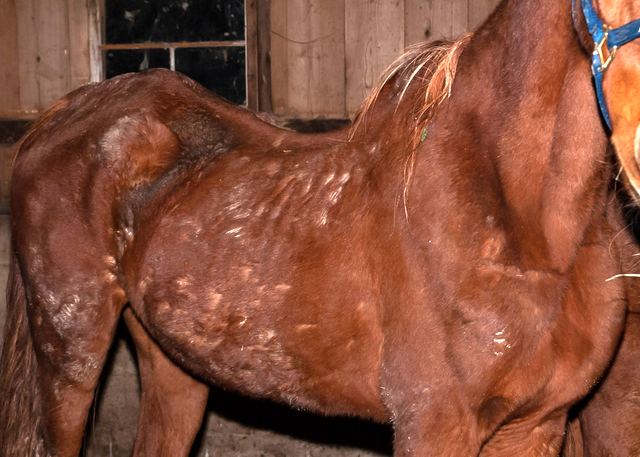 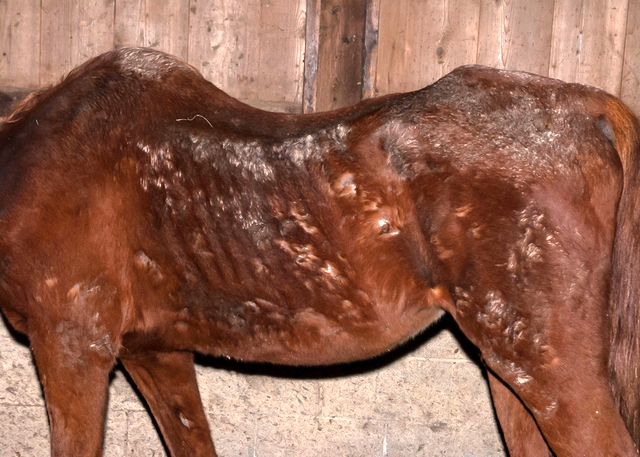 State police interviewed neighbors — who said Barron’s horses frequently escaped from her farm, with one being struck and killed on a nearby road in 2012 — and former employees of the horse owner, some of whom said they quit because they “did not agree with the amount of food available for the horses.”

Court records reflect Barron posted a $3,000 bond at the Jay County jail on Feb. 5. Her attorney, Donald Dunnuck, that day waived the Bryant woman’s right to an initial hearing.

A pre-trial hearing is set for June 10 in the Jay Superior Court case.