Australia: 'I have never been so fearful': Two pit bulls savage Cavalier Spaniel Rusty and maul his owner so badly he was rushed to hospital - but no-one stopped to try and help during the attack

AUSTRALIA -- Witnesses of a savage dog attack failed to stop and help as a family's beloved nine-year-old cavalier was mauled and his owner hospitalized during an evening walk.

Michael Rhodes was walking Rusty in West Ryde, northwest Sydney, when they were attacked by two Staffordshire pit bull terriers who had escaped from a backyard.

Mr Rhodes was taken to Ryde Hospital and Rusty to the vet who saved the dog from life-threatening injuries. 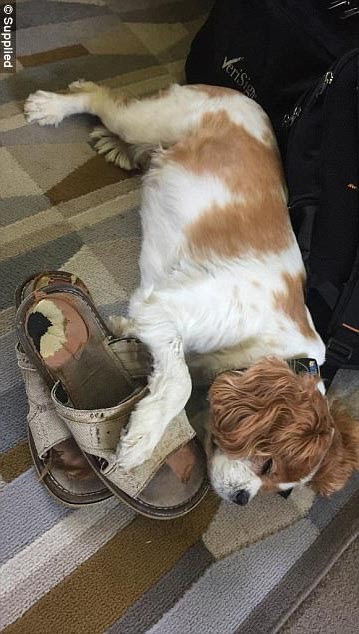 Multiple cars drove past the attack on Parkes Street, and it was only after the dogs ran away that someone offered help.

'A sad indictment of people's apathy is that during the attack which lasted three or four minutes, not one vehicle passing by stopped to give assistance,' Mr Rhodes said. 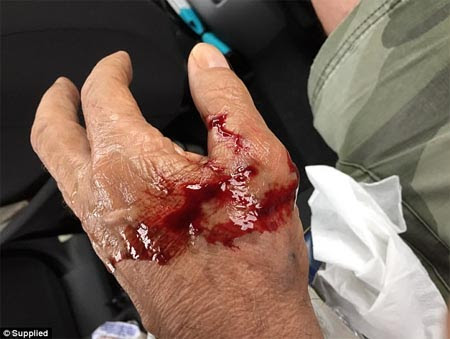 The two Staffordshire pit bull terriers left five puncture wounds on Mr Rhodes's hand as he attempted to pull Rusty from the attack.

'I had never seen these dogs or heard of such an incident before,' he said.

'I have never been so fearful in such a situation and believe me - I have seen a lot in my time.' 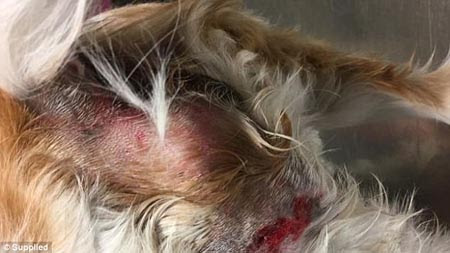 Now Mr Rhodes is on a crusade to track down the owner of the Staffordshire pit bull terriers and have them punished.

'I fearfully think of what would have happened if such an attack was upon someone less capable of fending these animals off.

'[They] may well have been hurt worse than I or their dog could have been killed - as I thought of mine.'

Police spoke to the alleged owner of the dogs, but they said they don't have any on their premises. 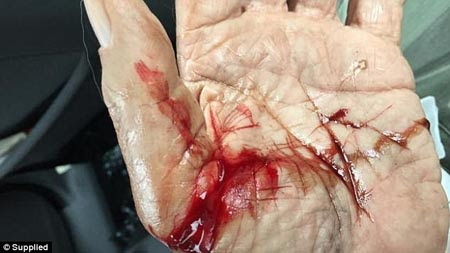 Mr Rhodes said the Staffordshire pit bull terriers should not be in residential areas and has asked City of Ryde council to take action.

The council held an interview with Mr Rhodes on Tuesday and asked him if he would speak to the owners of the two dogs 'as they were upset'.

The owner of a dog declared as 'dangerous' in NSW can be jailed for two years and fined $55,000 if their animal attacks someone.