New York: Woman purposely takes leash off Pit Bull then complains after it's shot by police

NEW YORK -- A Brooklyn cop shot a pit bull when it charged him while he was slapping its female owner with a summons, police said Monday — but the distraught woman claims her dog never attacked anyone and is now needlessly dead.

“I let my dog just wander off the leash a bit. He was just rummaging in the bushes. He was just 5, 6 feet away from me,” Laura Stephen, 53, sobbed to The Post. 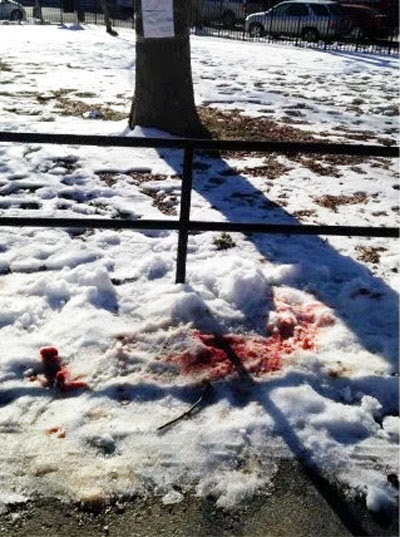 Stephen said she was in Saratoga Park in Bedford-Stuyvesant with her pooch, Ziggy, around 7:30 p.m. Sunday when she saw two cops approaching her. She called to Ziggy, assuming the cops were going to tell her to put him back on his leash.

She claims her Pit Bull obeyed her and came out of the bushes but was facing the cops.

“The female officer began to speak,” Stephen said. “She said, ‘Ma’am,’ but before she got another word out, the male officer pulled his gun. The cop just pulled his gun out and shot him twice right in front of me.”

Keep in mind, we're only hearing HER side of this story.

She said police finally put her ailing 6-year-old dog in an open crate and placed him in the back of a van to take him to a veterinarian.

Stephen said she went to the vet’s, and so did the cops — to hand her the summons for having an unleashed dog. 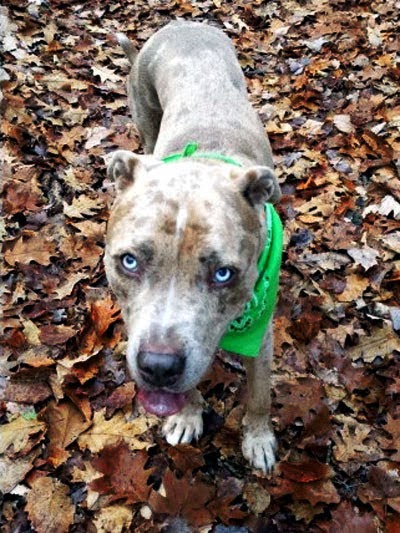 Ziggy died at the clinic, she said.

The officers were taken to the hospital for tinnitus. One of them had a cut on his thumb, but police said it was unclear how he was injured.