OHIO -- Caroline’s Kids owners Tom Brown and Judie Brown have hired attorney Gregory Sasse, who has filed a $5 million federal lawsuit in Cleveland against the Lake Humane Society over the seizure of 161 cats from their animal rescue called "Caroline’s Kids Pet Rescue".

In addition, Sasse is seeking to halt criminal prosecution that is already in progress of Ellen Distler and Virginia Lee, volunteer workers at the private Concord Township animal shelter that is devoted exclusively to cats. 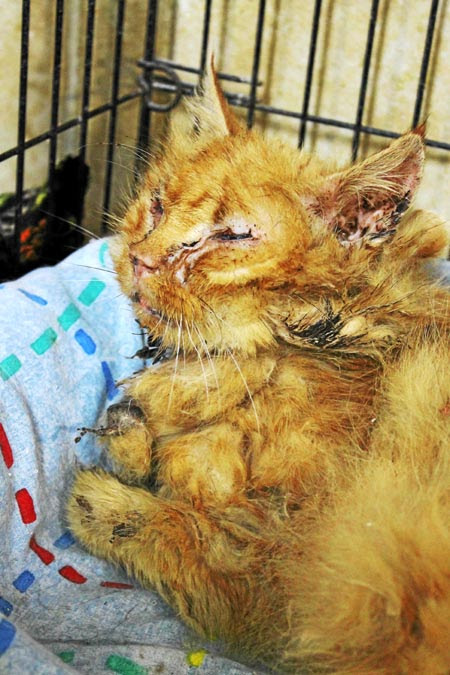 “The out-of-control criminal behavior of humane societies is a hidden national problem,” Sasse said in a news release. “Humane societies are privately funded. Their directors and board members often receive generous salaries, and the societies must pay their private police and prosecutors. To get the money they need, humane societies bust pet owners and private rescue shelters, using extortion and threats of arrest and/or prosecution to coerce the surrender of animals and the payment of illegal restitution to the humane society.”

Caroline’s Kids accepts abandoned, feral, ill and dying cats and they are allowed to freely roam the sanctuary. The shelter is funded solely through private donations. 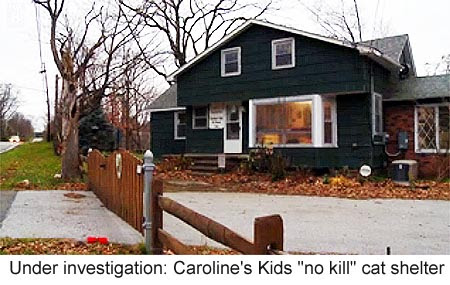 On Nov. 28, Caroline’s Kids was raided by Humane Society officials, who had received a complaint about the conditions of multiple cats.

Humane Society officials claimed more than 60 percent of the cats had untreated medical conditions, many of whom were not sequestered in quarantine areas.

According to the lawsuit:

• Ohio humane societies are not true arms of the state, but rather “self-declared philanthropists” and illegal, corrupt enterprises that allow a private group to hire its own “biased” police and prosecutors. 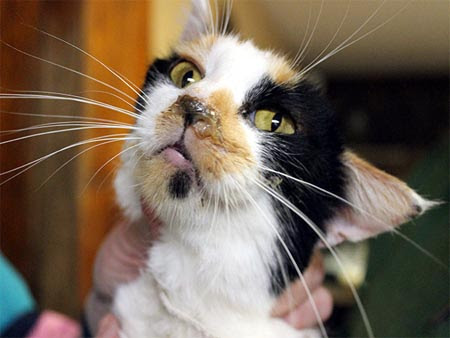 “The Mafia, at its height, would have envied the illegal enterprise ... and operates under a protective blanket of legal immunity in the name of the state,” Sasse stated. “(Humane Society special prosecutors) have discovered a profitable niche in operating the illegal enterprise and have padded that niche by trampling people who love animals and by tormenting, killing and adopting out pets for profit.” 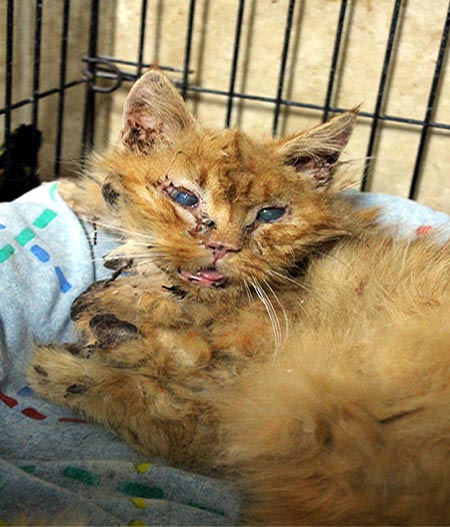 • Lake County Humane Society officials seized healthy and well-cared for pets and manipulated the press by providing reporters “negative, unpleasant, unrepresentative photographs of animals at a private shelter.” For instance, a photo of a 21-year-old dying cat kept in the Caroline’s Kids hospice unit was given to The News-Herald with the representation that the cat’s condition represented the care given to all animals at the facility. 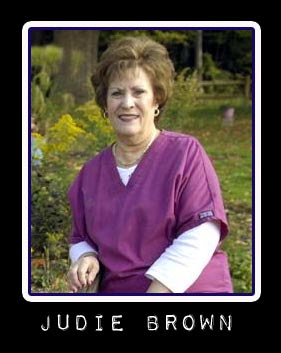 • The Humane Society confined seized cats from Caroline’s Kids in small carrier cages for at least three weeks after their seizure.

• The Humane Society attempted to extort the Browns for $48,000 in illegal “restitution” payments. 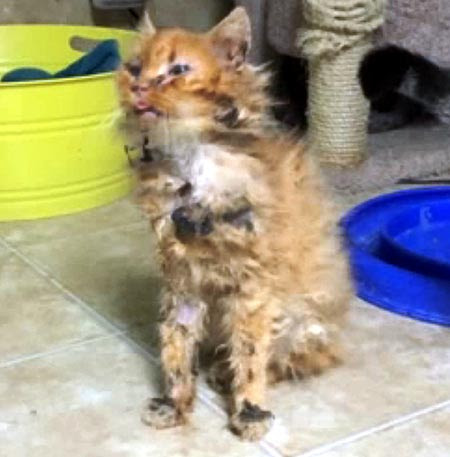 • The most significant factor in the prosecution of Caroline’s Kids volunteers is that the shelter receives charitable donations that might otherwise go to Lake Humane Society. 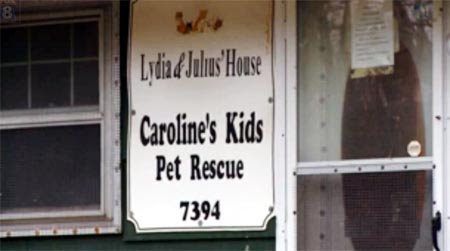 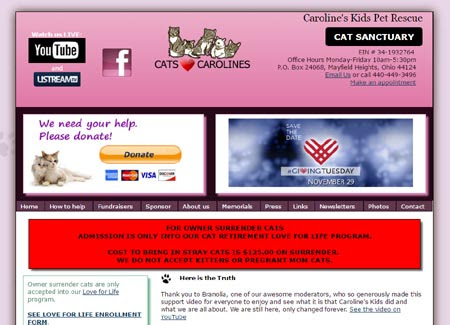 The Lake Humane Society released a statement after learning of the civil suit. 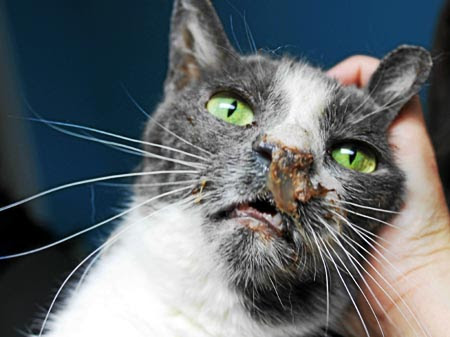 “There are currently criminal animal cruelty charges pending in the Painesville Municipal Court against four defendants related to the Caroline’s Kids seizure,” Nesler said in the statement.

“In addition to the lawsuit, the attorney representing the defendants in these cases published a malicious press release containing false, defamatory statements about those named in the lawsuit and other respected area animal welfare organizations across the state. This statement and lawsuit appear to be intended to derail the pending animal cruelty charges. 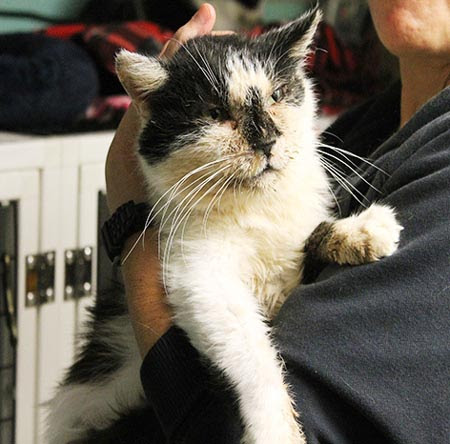 “... Any claims that LHS pursued this case, or any case for financial gain is false. LHS is committed to ensuring justice for animals that suffer due to neglect and cruelty and has acted in this capacity since 1937. LHS will seek legal representation to protect its good name and ensure continuing justice for all animals in Lake County.

Ultimately, a judge will decide if these defendants are guilty of animal cruelty, but neither LHS, nor the prosecutor, will be intimidated by these tactics.” 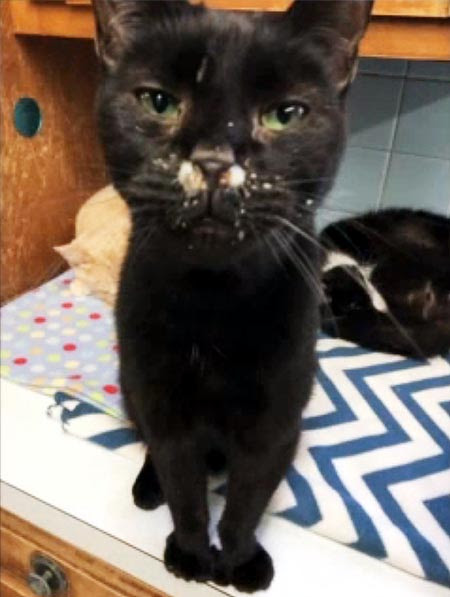