United Kingdom: ‘It was determined to finish my dog off’: Warning after terrifying attack on pet at Chapel St Leonards

UNITED KINGDOM -- A Westie owner from Chapel St Leonards has described a terrifying attack by a Pit Bull-type dog that has left his pet fighting for its life.

Nine-year-old Charlie was almost home after his teatime walk on Saturday when the dog pounced on him and grabbed him by his neck.

Charlie’s owner, Derek Wood, said: “We had just got through the entrance to the Sandy Acre Chalet Site when this Pit Bull-type dog jumped on Charlie and got his mouth round his neck. 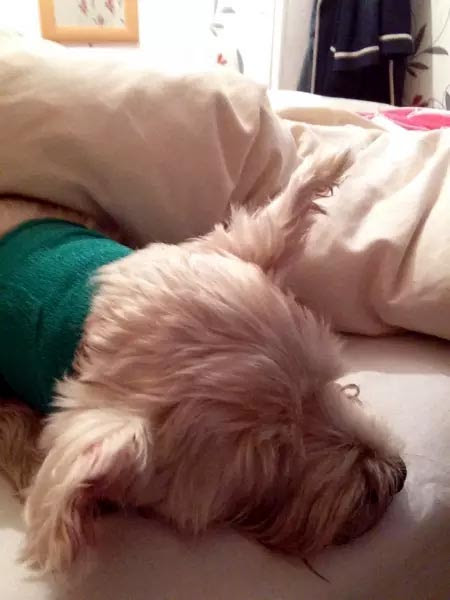 “I got Charlie away and at one point had my hand was in the Pit Bull’s mouth to keep him off.

“We managed to get through my gate but the dog was still jumping up at the fence.


"If it had been a child walking their dog they could have been killed" - Derek Wood, owner of attacked dog

“Then it managed to get over the fence and was jumping up at my chalet window. It was determined to finish Charlie off.”

Mr Wood said he called the police but the dog and its owner were gone before they arrived.

He said: “The dog’s owner had the cheek to ask me if I had a spare lead.

“Charlie was covered in blood - that attack must have gone on for 10 minutes. It was terrifying.”

Charlie was taken to the emergency vet at Spilsby. Mr Wood said: “Charlie has two or three deep puncture wounds in his neck and has a drain in. He didn’t have a good night and we are taking him back to the vet later today.

“But he’s being very brave. He can’t jump up like he usually does but he wants to walk.”

Mr Wood and his wife, Susan, have had Charlie since he was six weeks old. 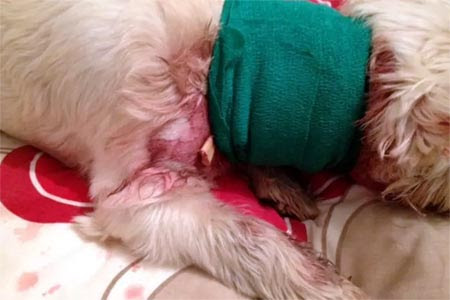 “We would be lost without him. This has really upset us,” said Mr Wood.

The Pit Bull-type dog has been described as plain lightish brown. If anyone has any information that could help police find the owner, call 101, quoting incident 360.