OREGON -- A little dog and a woman are recovering after a pit bull attacked them near the Springwater trail in Southeast Portland's Lents neighborhood on Sunday afternoon.

Jenna Barganski said she was walking with her mom and dogs on the multi-purpose trail near the Springwater Trail in Southeast Portland.

When they passed a homeless camp, she said an off-leash pit bull mix jumped out of a tent and attacked her Chihuahua mix, “Beowulf.”

“It went straight for my small dog,” said Barganski. “His leg was severely mangled.”

Jenna's mom tried to step in, the dog bit her hand.

“It's a pretty severe bite puncture wound,” said Jaryl Barganski. “I have eight stitches, it's pretty swollen and painful.” 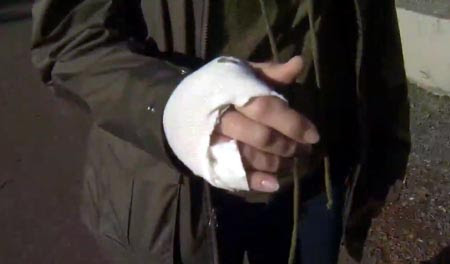 Eventually the pit bull let go and Jenna rushed Beowulf to the vet, thankful he survived. Doctors operated on Beowulf and were able to save his front, right leg. She said the surgery would cost close to $6,000.

Yeah, good luck getting a homeless bum to give you one red-cent.

“It's just horrifying to know that there's' a dangerous animal out there,” said Jaryl. “Those dogs need to be leashed. so others can feel safe.” 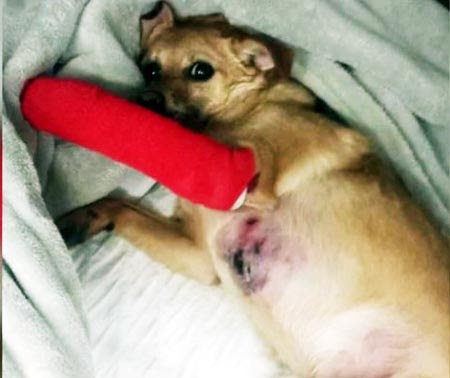 Jenna reported the attack to Multnomah County Animal Control, who told KGW they tried to but could not find the pit bull on Monday. They planned to go back and look more, this week.

KGW news crew went out to where the attack happened and found the pit bull at the homeless camp. It was chained up.

Um, yeah, did Animal Control get out there and seize it? Are they going to do anything?


Friends of the owner A random homeless guy claimed the Chihuahua had gotten into the a “tug of war,” with the pit bull.

The Barganskis said they have compassion for the homeless community and have nothing against pit bulls, having owned some themselves. They said they just want all dog owners to keep their pets on leashes to protect others.

“I don't feel safe walking my animals in the neighborhood anymore which is unfortunate because everyone else in Portland can do that.,” said Jenna. 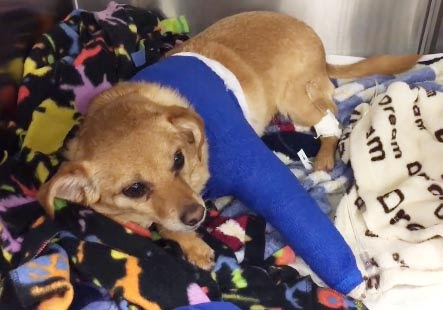 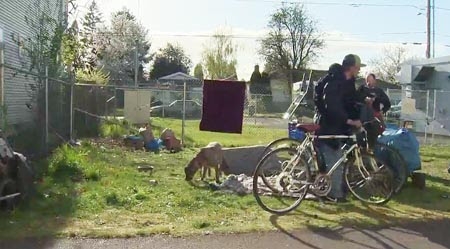 COMPLAINTS TO THE CITY


Runners and cyclists using the Springwater Corridor are fed up and want the city to crack down on the homeless camps along the popular trail.

The trash piled up high parallel to the Willamette River includes garbage and human waste and attracts rats. 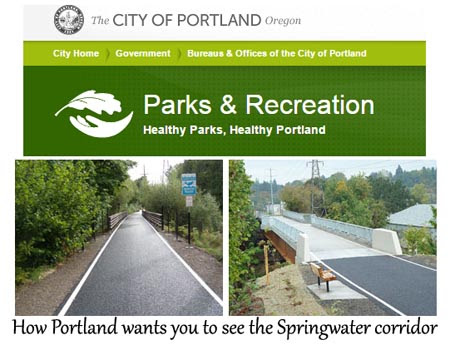 This article from January 2016 warned of the danger by homeless people to taxpayers attempting to enjoy the Springwater Corridor. When KOIN 6 News asked Portland Parks and Recreation what they plan to do to make this area safer for taxpayers, they said they are "working on it".

Springwater Corridor: ‘Avenue of Terror’, Cyclists are worried the situation could escalate


What is supposed to be a multi-use trail for cyclists, joggers, and walkers that connects Boring to downtown Portland, has now been nicknamed “The Avenue of Terror” by some users.

The Springwater Corridor has seen an increase in homeless camps along the trail, especially between I-205 and SE 82nd Avenue, which has forced some cyclists to change their travel habits.

Michelle Blackwood no longer uses the Springwater Corridor on her daily, 26 mile bike commute from Portland to Gresham. She’s among many cyclists who no longer feel safe using the trail as a growing mass of tents and tarps pop up.

“I’m afraid. I have talked about rightfully arming myself. Nothing seemed like a good idea,” said Blackwood.

Riders and joggers are also concerned about piles of trash, human feces and broken glass that litter the trail. 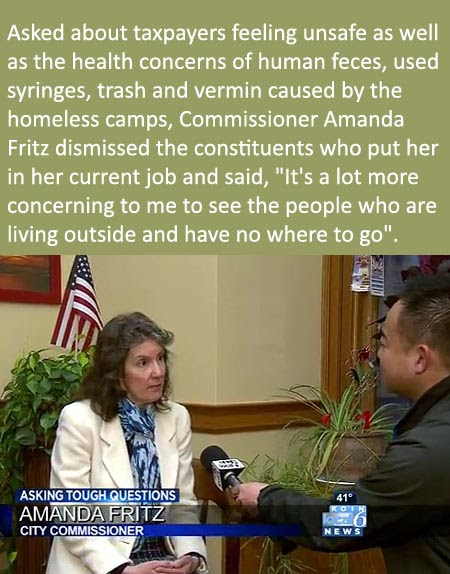 Commissioner Amanda Fritz should pay the $6,000 vet bill since she loves homeless people so much.

It appears that in September 2016, the city finally started cracking down on the problem:


Within the first five days of cleaning, the city said, about 100 people have moved from the trail, following many others who left in the days before the cleanup began. Some estimates this summer put as many as 500 homeless in the area.


What city crews had the gross task of collecting: 1,875 hypodermic needles, 25 gallons of urine, 16 gallons of fecal matter, 10 pounds of dried feces and more than five 40-yard dumpster loads of garbage.